Rucha Wankhede · Dec 15, 2016
Rank C1 - EXPERT
Powered by Periscope, Twitter will now allow users to create and Tweet live video from its main app. Following in the footsteps of other tech giants as Facebook Live & Snapchat; Twitter will allow users to live stream video through the platform via a single tweet. The feature will be available to iOS and Android users coming with latest updates. 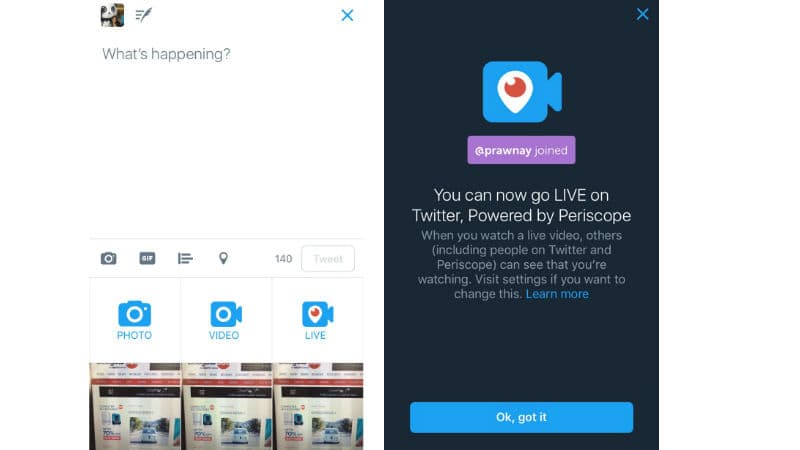 ​
On pressing the Tweet button, the user will see three new options for adding media content via the camera. By pressing on the Camera feature, an option to add photo, video, and start a live video can be seen. Once the Live Video is clicked, it is live streamed on the Twitter app and website, as well as Periscope. Anyone on Twitter and Periscope can then join live video and participate in the experience.

​
When watching a live video, one can also comment and send 'hearts' by tapping the screen to show support. One can choose to stop the broadcast and even save the video on to one’s phone if desired. The update brings the creation and engagement aspects of live video onto Twitter natively. With this update, anyone can now broadcast what's happening live, quoted Kayvon Beykpour, CEO of Periscope in a statement.