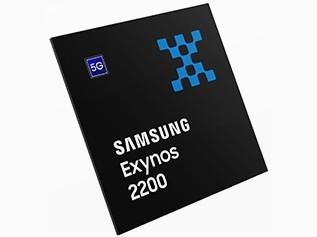 Samsung's latest Exynos 2200 processor integrates AMD RDNA 2 GPU; with a promise to offer console-like gaming experience on mobile phones. The new architecture has hardware-based ray tracing as one of its core features. The processor is currently in mass production; but we're not sure if it'll make it to the upcoming Samsung Galaxy S22. 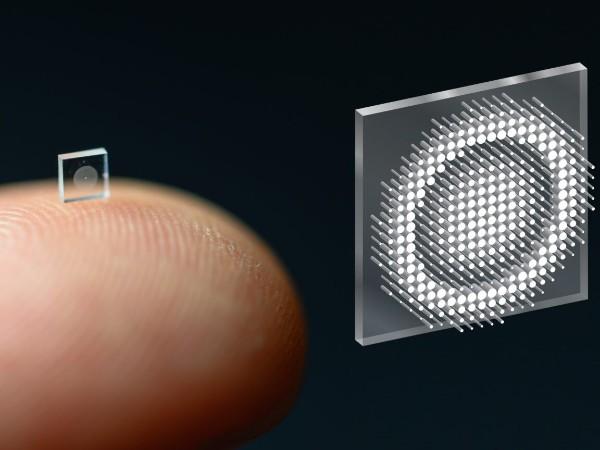 Researchers at Princeton University have developed an ultracompact camera, the size of a grain of salt that can produce full-color images. Just about 0.5 mm wide, the camera uses new technology called metasurface - with 1.6 million cylindrical posts.

The overall camera system makes use of hardware combined with sophisticated software to produce images. This camera, so tiny, is likely to find immediate use in invasive endoscopy and medical robots to diagnose and treat diseases. 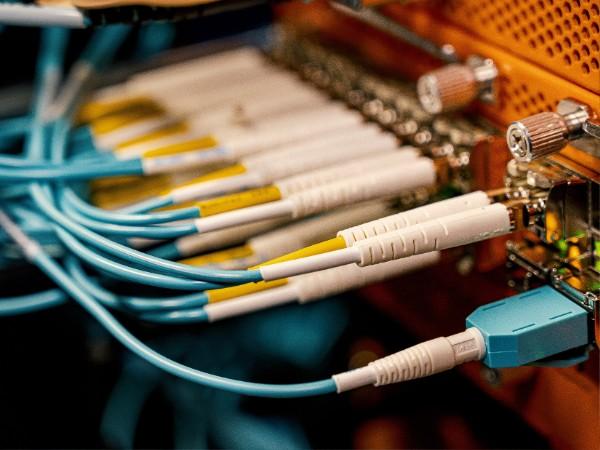 The 319 Tb/s speed was achieved over 1800 miles. Don't expect it to make it to your homes; but be assured that engineers are already preparing for 6G and the 7G. 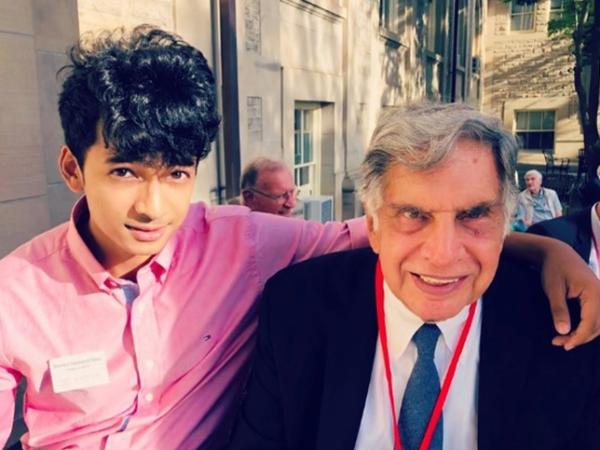 How about paying a monthly fee to rent a grandkid who'll treat you as their own grandpa or grandma? Let's call it GaaS; and it's a reality. GoodFellows, a startup by Shantanu Naidu, who works as Ratan Tata's business assistant is currently beta-testing the concept; and it's working good.

GoodFellows participants are vetted using psychometric tests and paired. The startup aims to solve the problem of loneliness among elderly. It also aims to provide fulfilling and purposeful employment to young graduates. Interesting startup, right? 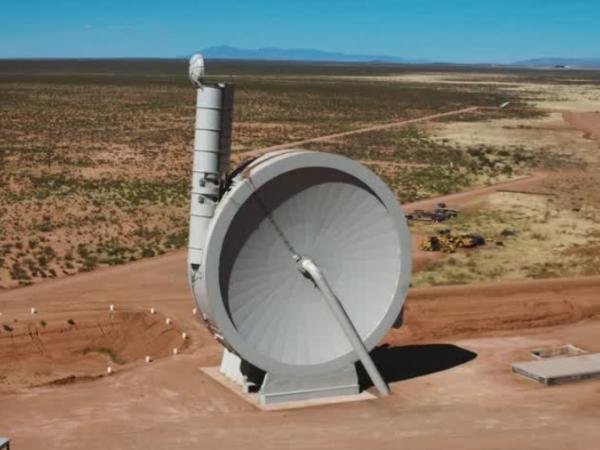 SpinLaunch Will Launch Satellites Without Rockets

SpinLaunch is designing a novel mechanism of launching satellites into space without rockets. SpinLaunch's Orbital Accelerator spins up the satellites inside a vacuum chamber to about 5000 mph prior to launching it into atmosphere. Company promises 4x reduction in fuel and overall 10x reduction in cost.

After its first successful test-launch in October 2021, the company plans to offer commercial launches in 2024. 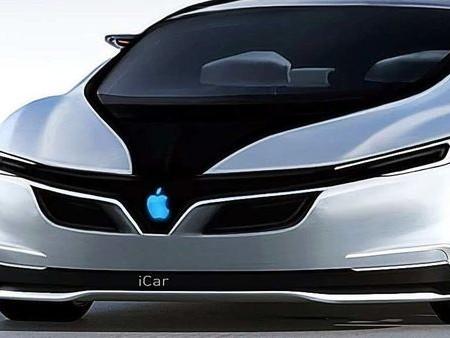 Apple's just made a key hire - Christopher "CJ" Moore, the director of Autopilot Software at Tesla since 2019. Moore will report to Stuart Bowers - who was the head of Autopilot at Tesla until 2019. Apple's been tight-lipped about its plans to develop automobile. There's no clarity on how long it will be before we'll see Apple's iCar. We promise to keep you posted. 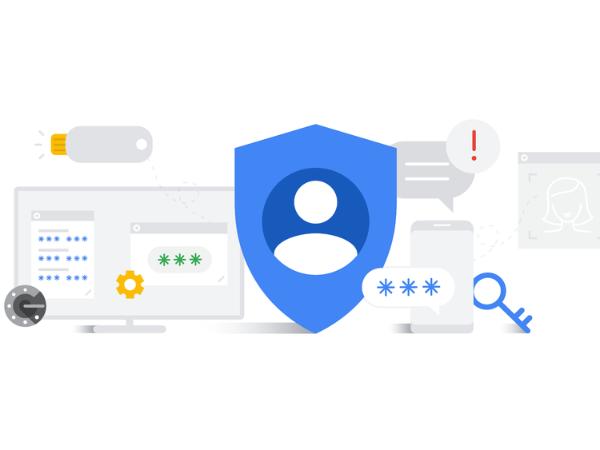 Gmail Login To Get Difficult As Google Makes 2FA Compulsory

Google is making 2FA compulsory to login to Google accounts. Don't worry if you have no clue what 2FA means. 2FA is "Two-factor Authentication" - a more secure way to login to your account. That is, Google may send an OTP to your mobile phone every time you want to login to Google. There are other ways to implement 2FA; but login to your Gmail or YouTube account won't be as easy as typing your email and password as "password". 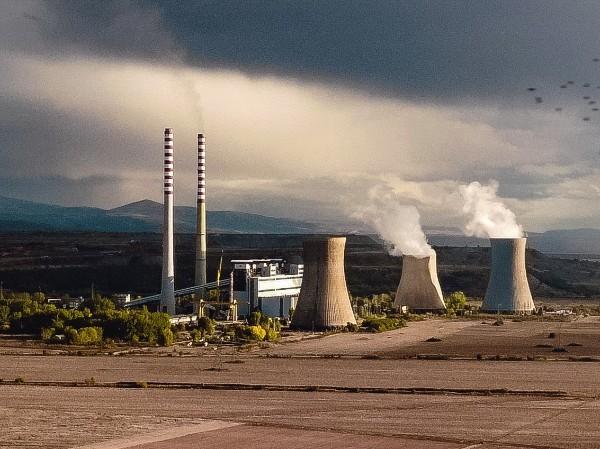 China is planning to build 150 new nuclear reactors in the next 15 years with $440 billion investment. By 2025, China will surpass USA as the largest producer of nuclear power. 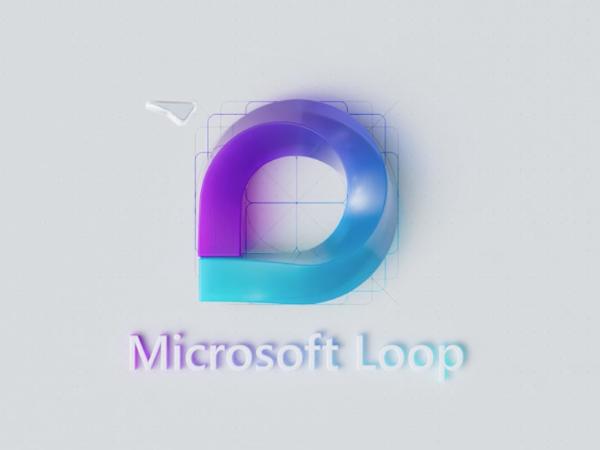 Let's say you've embedded a table in Outlook email; and your colleague updates it with new information; loop will ensure that the table gets updated in your email as well. The end-goal is to keep the information in sync across MS Office Apps suite.

In addition, MS introduced Loop Workspaces - a quick overview of what everyone on the team is working on; and react to it. Parts of the Loop are expected to make their way into MS Office apps later this year. 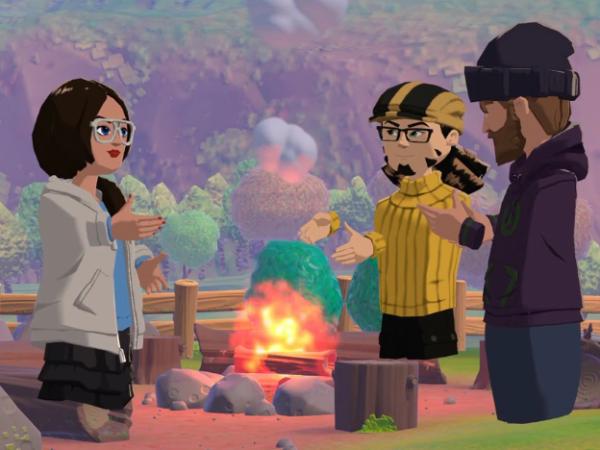 Microsoft's announced "Mesh for Teams" - a new way of meeting with your colleagues in virtual, mixed-reality environments. Instead of video calls, Mesh builds up your virtual avatar that interacts with fellow attendees. Your Mesh avatar will automatically make the gestures and animations based on your voice and facial expressions.

Mesh will start rolling out in 2022 - and Microsoft's going to let corporations customize the virtual environments to suit their needs.

Btw, don't ask us why your avatar doesn't have legs. We don't know. 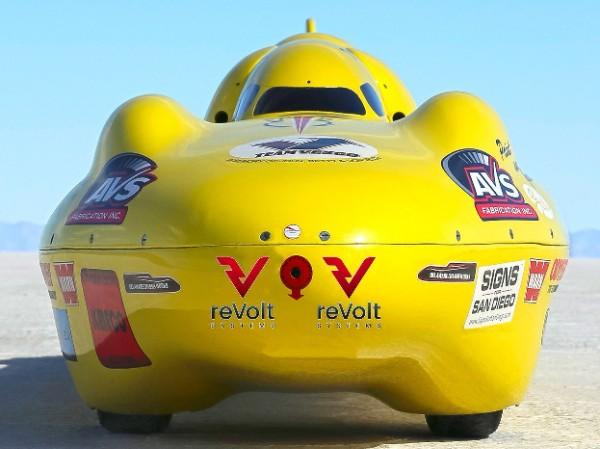 This new speed record does not come anywhere near the Bloodhound SSC - the car that's attempting to break the 1000 mph barrier. 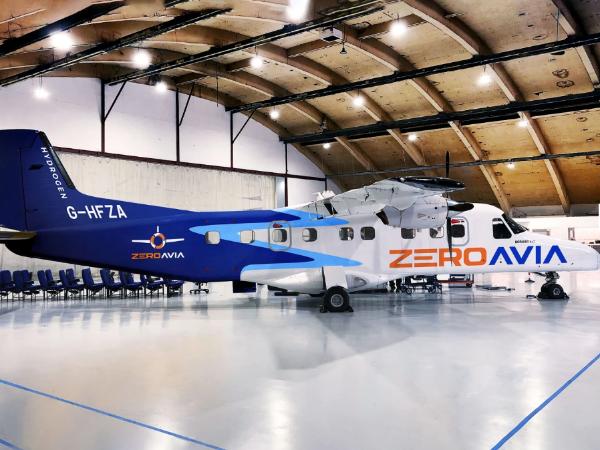 Hydrogen aviation pioneer, ZeroAvia is readying its zero-emission hydrogen powered airplane to carry 19 passengers from London to Rotterdam in 2024. The aircraft will fly entirely on hydrogen - and is likely to be the first commercial, international flight.

ZeroAvia says that its zero-emission power train has 75% lower fuel and maintenance costs resulting into 50% overall reduction in trip costs. The 10-20 seater configurations are designed to offer 300-500 mile flights. 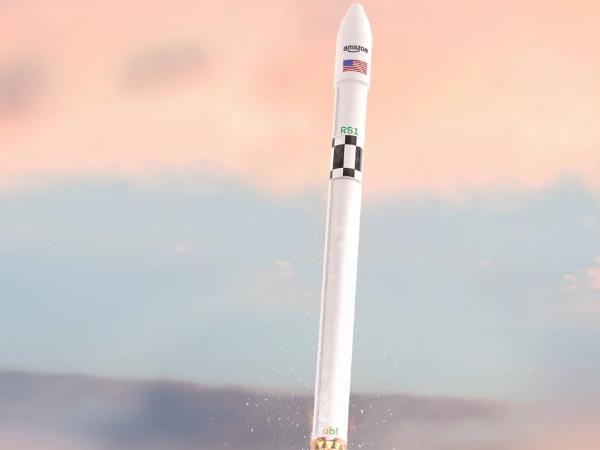 Amazon will deorbit the satellite so that they don't add to space debris. One of the satellites will also have a sunshade so that ground satellites get an unobstructed view of the space. 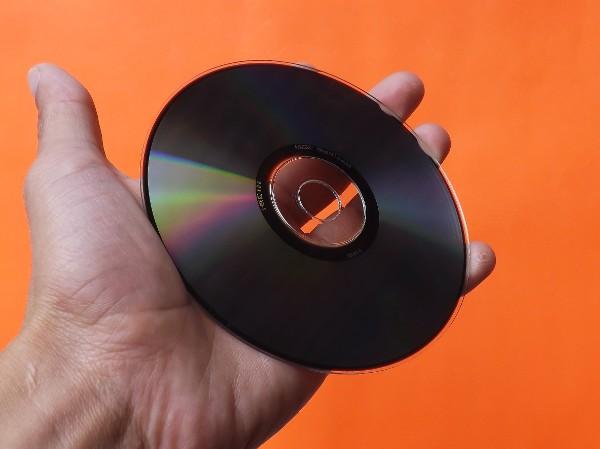 Researchers wrote 5GB of data on the disc; but confirmed that it can store about 500 TB of data; making the disc 10000x denser than blu-ray disc. 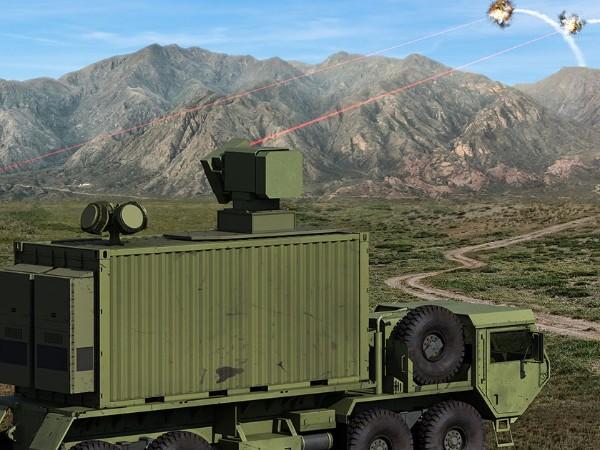 General Atomics and Boeing have prototyped a badass 300 kW laser weapon. The prototype will produce a lethal output greater than anything fielded to date.

Back in 2014, US Navy had developed a 30kW beam capable of taking down drones. But a 300 kW laser can take down missiles, helicopters and even airplanes. 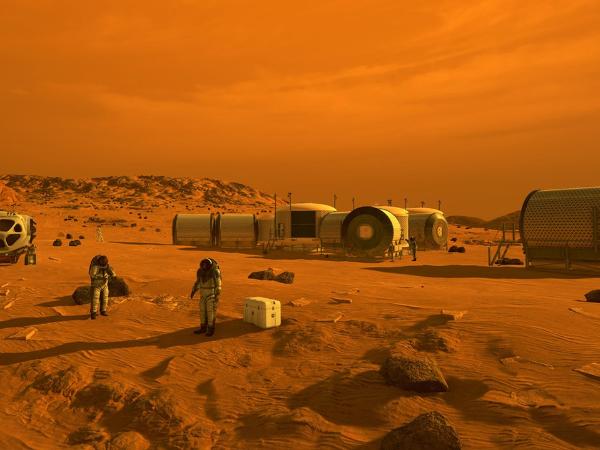 The trips to Mars are currently one-way; because the size of the rockets required to ferry back the astronauts would be too big. In order to make reusable rockets, we'll have to develop ability to create our own rocket fuel on Mars - and now we've some hope. Georgia Tech scientists have used cyanobacteria (algae) and E. coli to develop 2,3-butanediol.

“Application of biotechnology on Mars is a perfect way to make use of limited available resources with minimal starting materials.”, said Nick Kruyer - author of the study. 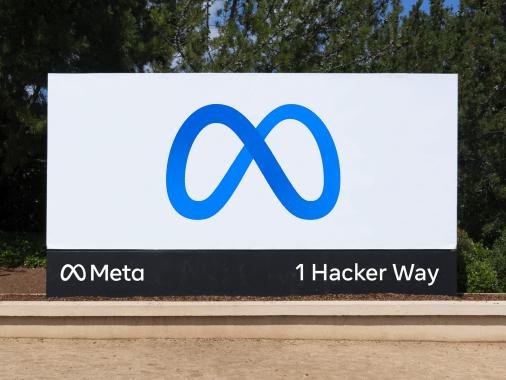 Facebook Inc. is now Meta Inc. - and it's a short for "Metaverse" or multiple universe. Zuck informed that the new branding exercise is in-line with company's vision to go beyond one product the FB Social Network. Company's existing products - Facebook, WhatsApp, Instagram will continue to exist with the same name; but may find more integration with the 3D experiences that company's betting on.

It's similar to "Google" rebranding itself to "Alphabet". Btw, the iconic "like" button logo for FB's HQ will be replaced too! 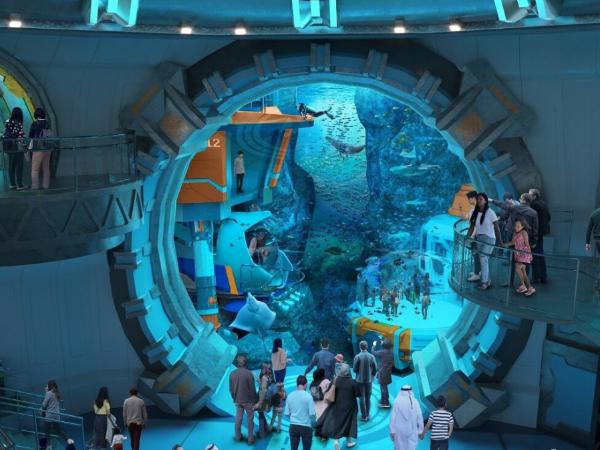 SeaWorld Abu Dhabi is readying the world's largest indoor aquarium. Once ready, the 183K sq.m aquarium will host thousands of marine species in its 25m liters water tanks. Attractions include Endliss Vista - a 20m tall vertical glass window with towering views of the marine life. The park is expected to open in 2022. 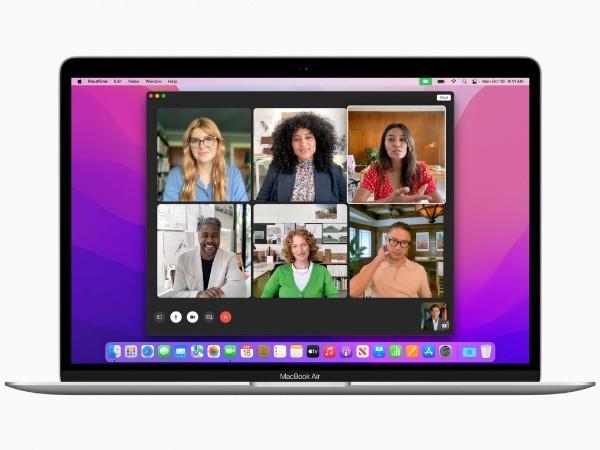 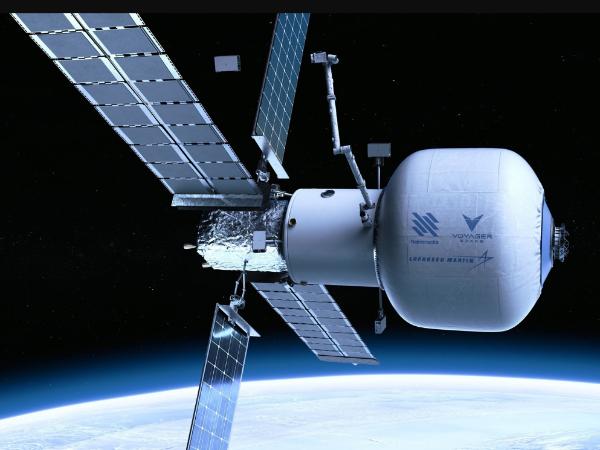 First Commercial Space Station "Starlab" Will Be Ready By 2027

Starlab, the first commercial space station will be ready by 2027; informed Lockheed Martin (LH). Starlab will act as a private replacement for the ISS, which is due for retirement in 2030. In addition to conducting scientific experiments and research in space, the Starlab will also act as a space hotel for tourists.