Ankita Katdare · Dec 17, 2013
Rank A1 - PRO
Any engineer who has recently watched the movie 'Gravity' is deeply enchanted by how the space works and how the life of any astronaut is. Taking their achievements to another level, NASA is taking steps to make spacewalking on an asteroid a reality. In the Neutral Buoyancy Laboratory (NBL) near the agency's Johnson Space Center in Houston, engineers are testing a modified version of the pumpkin-orange Advanced Crew Escape System (ACES) worn by space shuttle astronauts during launch and reentry for use by future crew in the Orion spacecraft. The new next-generation space suit from NASA is mobile and much lighter version of the current suit.

After a series of tests that were conducted by the NASA engineers at NBL, they've figured it out that the features such as enhanced gloves and elbow joints with improved mobility for spacewalks are important to improve the suit's mobility beyond the needs of the trip from the launch pad to space and its return to Earth. "The shell of them is very much the same, and to the casual user you may not even notice the difference, but internally we modified them to work with the plumbing inside Orion," said Dustin Gohmert, Crew Survival Systems Manager at Johnson. Their aim is to use the same suit for multiple tasks. 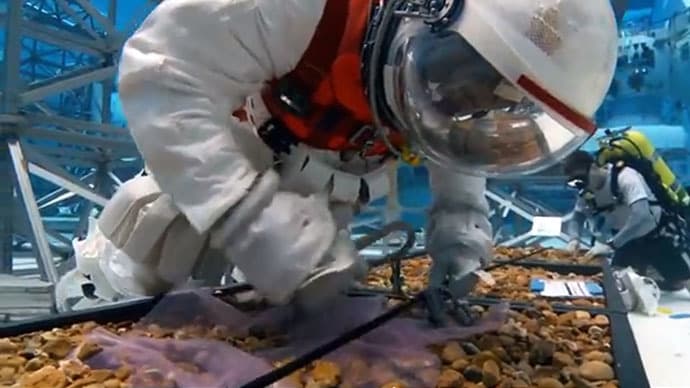 ​
Adding a little to this information, you should know that - the ACES pumpkin suit was worn by space shuttle crews beginning in 1994 and builds on the earliest spacesuit worn by Ed White during the first venture outside a spacecraft in 1965. Now, NASA is making use of previous experience and proving designs to accelerate development, ensure crew safety and increase reliability. Check out a video from NASA that shows the space-walking demonstration and testing in progress -


​
NASA's asteroid landing is slated to happen in 2025. What we have underway right now are the preparations going on for manning asteroids. The tests are helping with the evaluation of options for spacewalking techniques like how best to get out of Orion and traverse the spacecraft towards the captured asteroid. What are your thoughts on the new NASA 'Pumpkin' Space suit? Share with us in comments below. Posted in: #Coffee Room
3 Likes
@ A2A Reply