Chaitanya Kukde · Jun 30, 2014
Rank C2 - EXPERT
NASA has given a 'go ahead' to the Observing Carbon Observatory 2 (OCO-2) satellite launch. It is now scheduled to launch tomorrow at 5:56 A.M. EDT (3:26 P.M. IST) atop a United Launch Alliance Delta II rocket from Space Launch Complex 2 at Vandenberg Air Force Base in California. The OCO-2, as the name suggests, will monitor the carbon dioxide levels in earth's atmosphere. NASA hopes that the satellite will provide a comprehensive data about the 'sources' and 'sinks' of carbon dioxide on earth. The OCO-2 is the third satellite managed by the Jet Propulsion Labs at Caltech. The original OCO crashed on its launch in February 2009. 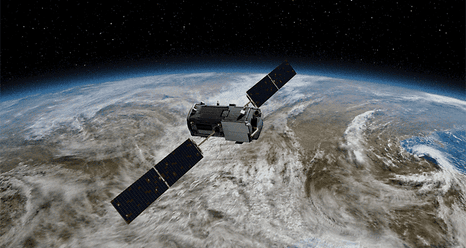 ​
Carbon dioxide is the main greenhouse gas that is significantly changing earth's climate. About 40 billion tonnes of carbon dioxide is being added to earth's atmosphere each year. This has disturbed the natural carbon cycle resulting in an increase in the overall temperature on the surface of earth. But all of the Carbon dioxide released does not stay in the atmosphere. Apart from oceans, some terrestrial locations act as 'sinks' for carbon dioxide. For example, forests act as sources and sinks for different times during a day. The location and functioning of these sinks remains a long-standing quandary which the OCO-2 data is expected to solve. The data would also help make global climate change predictions more accurately.

​
The OCO-2 will be placed in the low-earth orbit. Three spectrometers aboard the satellite observatory will measure the carbon dioxide content by measuring the intensity of each colour obtained by splitting sunlight. So more the intensity, less is the absorption. These measurements will be combined with ground stations, weather balloons and from other satellites (such as JAXA's GOSAT satellite) for further modelling to unravel the mystery of carbon dioxide sinks.

Satya Swaroop Dash · Jul 1, 2014
Rank A3 - PRO
Update:
The launch of NASA’s new satellite, the Orbiting Carbon Observatory 2 has been abandoned following an external fault. The problem arose when the water system at the Vandenberg Air Force Base Space Launch Complex 2 pad malfunctioned. The system is critical to the launch process because it provides sound suppression to dampen acoustic waves at liftoff and protect the launch pad flame duct. The countdown was stopped at T-46 seconds. The folks at NASA are now busy figuring out what exactly went wrong with the system. They will announce the next launch schedule as soon as they get are able to pinpoint and rectify the malfunction.