@Ankita Katdare • 06 Apr, 2015
Whether there's truth or not in telecom towers being the source of radiation that is said to cause harm to the health of millions of citizens is a reason for debate. Recently, Indian government's MLA Mr. Ram Lal Sharma expressed his concerns over the mobile towers' radiation affecting the lives of thousands of Indians. Are telecom towers killing us all softly? Well, members of the Cellular Operators Association of India (COAI) have a different story to tell. They have stated that owing to the fact that the mobile emission safety norms set by the Government of India are very strict, the radiation emitted from the telecom towers are not causing any problems to the health of citizens. If this issue is causing any harm, it is to the new government's Digital India program, which by the way recently disclosed that 50,000 villages are now connected to high-speed broadband internet. Since the program is soon going to extend connectivity and thus setup many more telecom facilities in India, the issue of health concerns was bound to emerge.

The issue came in the light and caused national debate when Mr. Sharma claimed that people living within 100 metres of mobile towers were suffering from cancer. In response to such claims, Mr. Rajan S. Mathews, director-general at COAI, came forward to share that the concerns were unnecessary and only causing unwanted fear in the minds of citizens. With Mr. Modi's dream of building a Digital India, the rise of necessary infrastructure is a must and mobile cellular towers are very much a part of it. 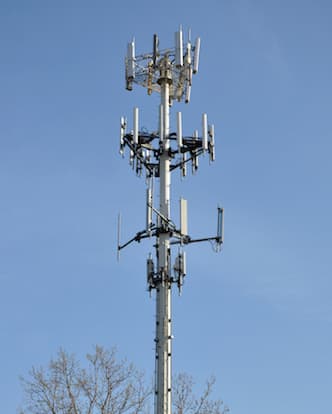 To support their statements, the COAI body highlighted the reports from the topmost research and medical departments & universities (including World Health Organisation), which clearly state that mobile tower radiation had no adverse effects on the health of human beings. It is clear that claims of the telecom towers being hazardous to the wellbeing are being discarded by the cellular operators citing that they have no base in scientific reasons.

What are your thoughts on mobile towers causing diseases on mental and physical level? Share with us in comments below.

Source: Zee News
@vibes992000 • 06 Apr, 2015 • 1 like The author who is advocating Mobile Signal towers I guess doesn't knows that the bird named "Chiriya" and other similar birds are now EXTINCT from cities due to these mobile signal towers. The reason of their extinction is that their 'small' brain got fried from the radiations of these mobile signals. There are lots of articles that are available on google linking birds dying due to mobile signal tower harmful radiations. For E.g check this link
@Ankita Katdare • 06 Apr, 2015 Hi @vibes992000 Thanks for your post. Not advocating. Merely stating news. 👍

This community is thriving with discussions and articles about the side effects of cellular tower radiation.
For instance, check these links:
Harmful radiation by Towers:
https://www.crazyengineers.com/threads/harmful-radiation-by-towers.59756/
The world's largest solar plant is killing birds melting them with heat:
https://www.crazyengineers.com/threa...s-killing-birds-melting-them-with-heat.76311/

People have been ignorant about the effects of radiation. Though we don't know the effects of being bombarded with massive amounts of powerful wireless microwave radiation yet. But we will soon, in near future. There are many reports suggesting that since we are exposes to 100,000,000 times more Electromagnetic radiation than what our grandparents were, the risks to health are only now being talked about.

What's more, cellular towers are making that number grow exponentially.
@Divyaprakash KC • 06 Apr, 2015 For me it really funny how this conspiracy and counter conspiracy theories spread throughout media (on any topic under the Sun, for that matter) . In this example too there are no long term studies taken place or reported anything to back up anyone says.

I remember when people used to walk around on solar eclipse days without a care of anything. But nowadays I see people are too scared to do anything at all.

Thanks for bringing up this topic

I did some research and wrote this blog few months back https://vikramvi-ideas.blogspot.de/2014/09/mobile-tower-radiation-india-vs-germany.html

In order to save some money big telecom companies in India , don't bother about common indian customers' health; who is feeding their pockets.

Regards,
Vikram
@RRITESH • 07 Apr, 2015 Yes, i agree ....
@vishnu tej • 28 May, 2015 • 1 like This is the trending topic in India, under telecommunications. Well, precautions can be taken by choosing the phones with less SAR value (Specific Absorption Rate), usually it should be less than 1.6 Watt/kg. We can check out these values of mobile phones on internet, just like we check for the better futures.
@vamsi kancharla • 30 May, 2015 in my view as we know that the microwavesd has tendency of heating when ever we had a coversation in a mobile we can observe the heat generated by the device at the speaker this is due to waves long time conversations in mobile phone will heat our brain due to radiation but the towers may not effect the human beings to such extent what they did to birds
@Silvi Dion • 24 Oct, 2018

Local councils have been paid to remove the trees and create bicycle's paths in their place.

This is a copy of a letter to the ecological groups on FB, who are trying to save and protect the trees from local councils actions of clearing the way for 5G transmissions. These eco groups don't know they are fighting the wrong people. This letter or part of it can be posted to your local community ecological groups on FB:

1. Our trees are in danger!

Why are local councils lying to you and hiding the real reason behind the culling of the trees.

To understand how the 5G millimetre waves impact the cells of the human body, most people will need a degree in biochemistry. There are no official scientific medical research or tests on these frequencies made and funded independently from the industry.  There are scientists from 41 countries appealing for moratorium on 5G. You will not hear it on the news. The media has failed its purpose to deliver true content to the public. It is owned by the corporations and any news allowed to be broadcasted are sensored. You can look at these unpublished by the major media  letters on 5G of over 60 pages, they are written by scientists and health organisations around the world:

3. What is the industry bullshiting?

So far we know that 5G is the largest experiment on humans. The corpocracy is preventing any scientific research to be conducted before the deployment of 5G. They refer to microwave radiation safety standards from 1996, when  the last medical research was done and it has nothing to do with millimetre waves which 5G is going to use. They say they've done tests on a plastic head and the millimetre waves penetrated its skin up to 8mm and up to 90% were absorbed by the skin. Then they go further in their crime plot by classifying the human skin as a limb, even kids know the skin is the largest human organ. Skin protects our internal organs and as a organ itself has many functions. Nerve endings inside the skin act as antennas amplifying EM frequencies, and that is exactly the mechanism by which the heart, the brain and other vital organs are affected. The industry  funded "research" says there is no known mechanism by which the internal organs can be affected from the skin and doesn't mention a word about effect on the human eyes with thinner than a skin membrane neither mentions the ears - the open doors to the brain.

Joe Imbriano is a physics and biochemistry scientist and he explains the dangers of the millimetre waves to the cells in our bodies.

4. We are not being paranoid!

The military has used the millimetre waves at 60 GHz ( 5mm EM waves) in this video listen @ 4:55 when the researcher mentions "Directed Energy Weapons based on 60 GHz microwave beams".

5. Watch and read the media fake news plotting unbelievable excuses for the deteriorated health of the population:

30% spike in head cancers (since 4G introduction in 2010) Queensland Australia (keep in mind smokers numbers are the lowest in history, people don't drink more than usual) :

6. Have you heard of the agenda?

The agenda to bring all people to the big cities and stack and pack them in tiny boxes involves the climate geoengineering, also known as the chemtrails creating draught to the internal parts of the continents and consequent fires. Later, the burnt land will be bought back by governments and you will have no right to live there. You will be forced to live in a smart city, under total surveillance and high density of EMF radiation

(Incidentally, my own office room is directly below a large cell phone tower. Purely anecdotally I have not noticed any adverse effects so far.)

Dear CEans, Starting today, we will start releasing the list of projects and respective teams short-listed for round II of India's Best Academic Project. A new list will be released...
1.4k views
Read More →
Archives

Yes I'm applying for IES 2015. I am a mechanical engineering graduate and 2014 passout. I got confused when seeing UPSC exam schedule. There is ISS/IES exam and it's notification...
2.1k views
Read More →
Archives

How to order Xiaomi Redmi 1S on Flipkart - Just In Time

Having successfully ordered the Xiaomi Redmi 1s right in the first sale and then repeating the success in the second batch of Redmi 1s sale on Flipkart - I think...
8.7k views
Read More →
Archives

ASUS has launched their own version of the Google Chromebox in India with ASUS Chromebox CN60, the mini Chrome OS computer in 3 variants - Intel Core i7, Intel Core...
1.6k views
Read More →
Archives

What is motor bike cc? How the priming is done in a centrifugal pumps? What is the difference between gate valve and globe valve? What is the purpose of o-ring,...
1.7k views
Read More →
Channels
👨‍💻 Remote Jobs 🗞️ News 🚀 Founders Circuit 🗄️ Archives ✨ Newsletter 🕹️ Changelog
About · Privacy · Terms of Service · Contact Us · © 2005 - 2021 CrazyEngineers. All rights reserved.