Rucha Wankhede · Dec 27, 2015
Rank C1 - EXPERT
Chinese live program ‘Morning News’, has a new trainee anchor giving live weather reports. Only what makes this, a smashing news world over is the detail, that it is in fact an artificial intelligence software robot by Microsoft called Xiaoice, which has a ‘cute’ voice and can instantly comment on big news events and weather phenomenon. 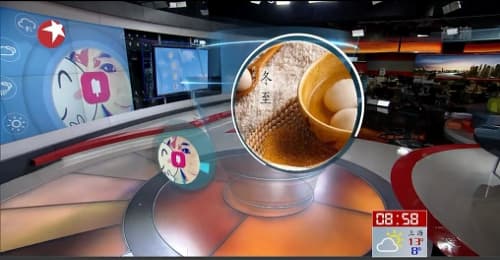 ​
Developers equipped the AI with breakthrough text-to-speech technology to match linguistic naturalness of humans (4.32 score). Its deep learning techniques allows it to quickly and easily analyze vast amounts of weather data through smart cloud & big data, while giving a live broadcast. The ‘Emotional computing’ embedded lets it pique the program with emotional comments. It is also enabled to engage in instant large-scale online and offline concurrent interactions at the same time.

This was the first time AI was used during a television broadcast, though the program is already popular on Chinese apps as WeChat and Weibo.

The project is collaboration between Microsoft Applications & Services Group East Asia and Shanghai Media Group (SMG) TV News Center. Microsoft has been carrying out frontier research in artificial intelligence product framework for multiple years, and under current circumstances it is striving to give it a concept of practicality than just limiting it to a sci-tech phenomenon. Xiaoice has thus been first to be launched in China and Japan. In Japan it has already stretched to about 1% of the population.
Using a process known as 'natural language generation' (NLG), researchers from London and Edinburgh are also developing a computer that can assemble meteorological information and then produce forecasts as if they were written by a human.

The concern of people losing jobs eventually owing to this technological leap, are sure looming large; however according to the developers the fear is misplaced, as Xiaoice can well work, alongside humans; not to replace them but to augment the working the capabilities, thereby achieving enhanced results.

With the artificial intelligence and speech recognition technology of Xiaoice already making inroads in China, and Japan it seems to be only a matter of time when this invisible revolution touches everything we do and know of.