Blackberry Q5 Price In India Expected To Be Rs. 25k, Launch On July 16.

@Kaustubh Katdare • 09 Jul, 2013
Blackberry is trying hard to penetrate the markets it once ruled. The canadian company recently announced its flagship Q10 phone powered by BB 10 in India for a price of Rs. 45,000 and as we guessed, a lot of people dropped their Q10 ownership dreams like a hot potato. The company's now expected to launch another phone, which is specifically developed for developing markets (like India). The new kid on the block is Blackberry Q5, to be launched in India on July 16 with a price tag of Rs. 25,000. Will Blackberry get the pricing strategy right this time? Let's find out the specs and then make a guess. 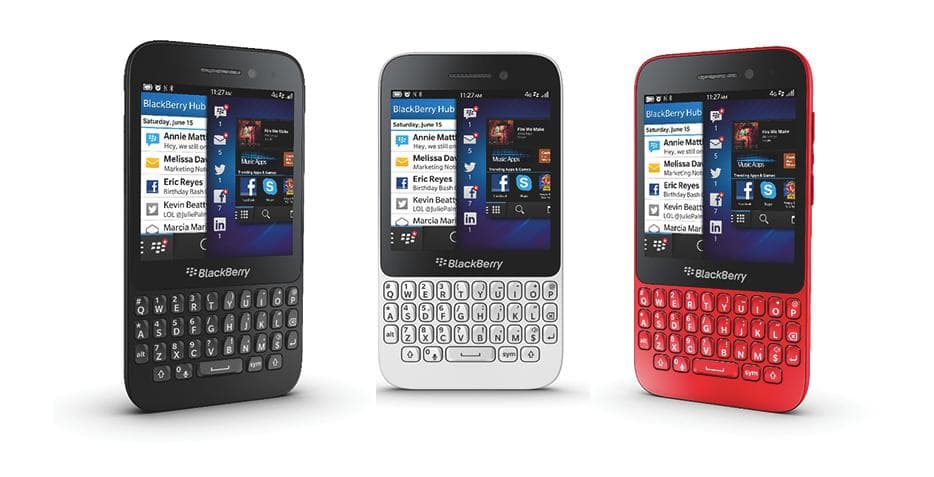 The Q5, we'd say is a nice looking phone with a full physical QWERTY keyboard. Those who hate typing on touchscreens are mostly left with Blackberry these days and it looks like the BB design engineers understand the importance of providing a great keyboard. Blackberry's excelled at providing good physical keyboards for a long time now and the Q5 shouldn't be any different. The body of Q5 is made of plastic and we aren't exactly sure if the material feels 'cheap'. The phone however copies a few things from its bigger, pricier brother; the Q10. The display on both phones is 3.1" wide (diagonally) with a native resolution of 720x720 pixels. The screen excels at the pixel density with 329 pixels per inch. The display on Q5 is LCD TFT unlike Q10's SAMOLED.

What's interesting to note is that both the phones have Qualcomm Snapdragon S4 processor that operates with 1.5 GHz dual-core CPUs. The Q5 packs 2GB of memory which should make the phone run smoother. The phone packs 8GB of flash memory as compared to 16GB in Q10; but you can extend it to 64GB!

The whole unit is powered by a 2180 mAh battery. The battery is non-removable - a decision made by Blackberry to keep the manufacturing costs low. The battery should last about a day long with 3G data connection on and intermittent wi-fi connectivity.

The phone's quite portable. It weighs just a little over 100 grams. The phone sports a 5MP rear camera and a 2MP front facing camera but you won't find the same features as in Q10.

We learn that the phone is 4G LTE ready and is expected to ship with MapMyIndia's mapping software.

More about this phone and its official pricing once the phone officially launches. Till then, stay tuned!

I wonder,do people still buy Blackberry phones ? 😲
@Kaustubh Katdare • 09 Jul, 2013 These days, there's no compelling reason to buy Blackberry phones and the company seems to be losing the race with Samsung and Apple. Both these companies ate BB's lunch without BB noticing it! The only reason you'd want to buy a Blackberry is the decent quality physical keyboard they 'still' offer. Other reason could include the love for BB10 OS.

What pisses me off is that Blackberry's got the pricing totally wrong with Q10. I've already written about it at length in my dedicated article on Q10.
4.2k views

why there is air gap present in between rotor and stator in every machine??what is the significance of having this???..
2.4k views
Read More →
Archives

What is the difference between BJT and power BJT?

what is the difference between BJT and power BJT? what are the applications of each of them?
6.4k views
Read More →
Archives