@Jason Estibeiro • 01 Feb, 2014 • 3 likes
In India, you would normally find a 15-year-old teenager preparing for his SSC exams. Well, meet Angad Daryani, a school dropout working on 3D printer which he plans to sell in India. People call him a number of things: child prodigy, little genius, but he describes himself in one word – Maker. At the age of 8, he built his first robot. At 13, he built his first prototype of the RepRap 3D printer. One of his prototype 3D printers is being used at the Indian Institute of Technology in Mumbai. At 15, he is now working on a project nearing completion, called “SharkBot”, a modified version of the open-source RepRap 3D printer. Angad claims SharkBot will be “the fastest and most robust desktop 3D printer that can print any material except metal.” 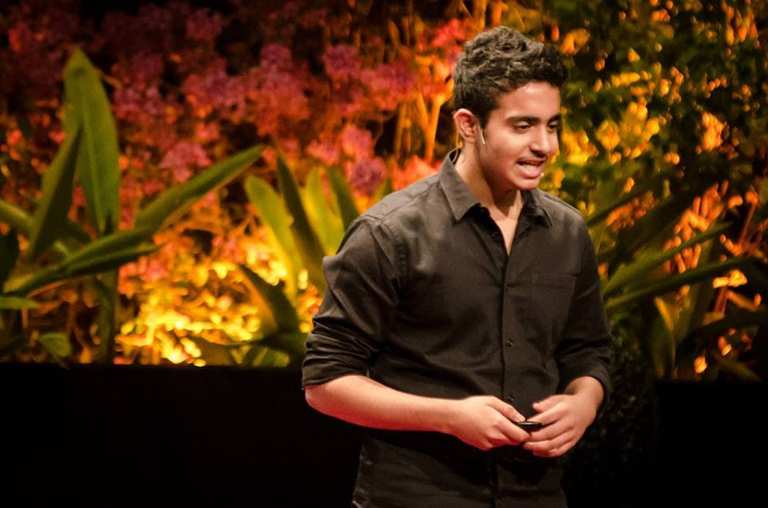 Being home-schooled from a young age, Angad has a strong view on our education system. He believes that the emphasis on exam performance has corrupted the very purpose of education. He dropped out because the formal classroom education system didn’t allow him to learn and innovate at his own pace. He respects technology, knowing that it has helped him pursue his dreams. It gets him more and more interested in solving real world problems.

His tireless passion for building things also led to the invention of Virtual Brailler, a project developed in collaboration with DIY Workshop, Hyderabad. Virtual Brailler is a device that converts digital text to Braille helping the visually challenged to read. Kind of like a low-cost eBook reader for the blind. He has a website on which he uploads all the projects he has worked on and also provided tutorial and instructions to help others learn.


​
Watch his TEDx video to learn more about him and also visit his website.


​
@Ankita Katdare • 02 Feb, 2014 Solving real life problems [HASHTAG]#ForTheWin[/HASHTAG] I did listen to the TEDx talk a few weeks back and I think this guy is doing a wonderful job.
I hope we can interview him exclusively on CrazyEngineers!
16.3k views

I'm Nidhi Verma, IT engineering student from Jaipur. I'm looking for an innovative and creative mini project in C programming language. Can someone tell me a project that is easy...
181.8k views
Read More →
Archives

Being a electrical student,can i write gate cse paper?

hello everyone, i need some help regarding gate 2015. I did my engineering in electrical stream and am a 2013 passed out.After my graduation ,i have taken coaching on java...
5.2k views
Read More →
Archives

Samsung Galaxy A7 Released - Price In India And Specifications Out

Samsung fans in India have a new smartphone to munch on as the brand new Galaxy A7 has been officially released in the country with hopes to capture the attention...
5.6k views
Read More →
Archives