@Ankita Katdare • 19 Oct, 2014 • 2 likes
Pat Starace, a technology innovator from New York, had the most amazing motivation for building a prosthetic arm. He wanted to solve a mechanical challenge in an affordable manner such that it looks all kinds of awesome. Thanks to the modern technology, 3D Printing was his key. A child with a disability has to face the challenges of everyday life. The classic Iron Man hand is a definite way of raising the child's self esteem to (..the way Pat puts it) superhero levels. The first model of the robotic hand was built by Pat from start to finish within a month. The 3D Printer he used was 'Bukobot Vanilla V1' and software such as Maya and Solidworks helped him put his idea into design.

Traditionally, the amount one needs to pay to own a prosthetic hand is about $50,000 and children don't seem to get it that often for the fear of outgrowing them in an year's time. This 3D printed prosthetic hand costs under $50, and can be fabricated (customized to the user's hand & features) in a single day. If you thought the price was really attractive, wait till you read about all the features that this unique prosthetic hand incorporates. Not only does the hand is painted in the Iron Man hand's colors, it functions like the superhero's arm too.

​
Here's what the Prosthetic Hand is capable of -
Pat mentions that the Iron Man hand can incorporate sensors, microcontrollers, accelerometers, wireless devices, RFID, NFC and can even function as a smart watch. What's more, the prosthetic hand can be voice-controlled and we believe that's enough to make the child using it, "the coolest kid" in school in no time. Configured with an Arduino Microcontroller, the hand features a Lipo Charger & Battery, a low power Bluetooth unit and LEDs as well as RGB LEDs. 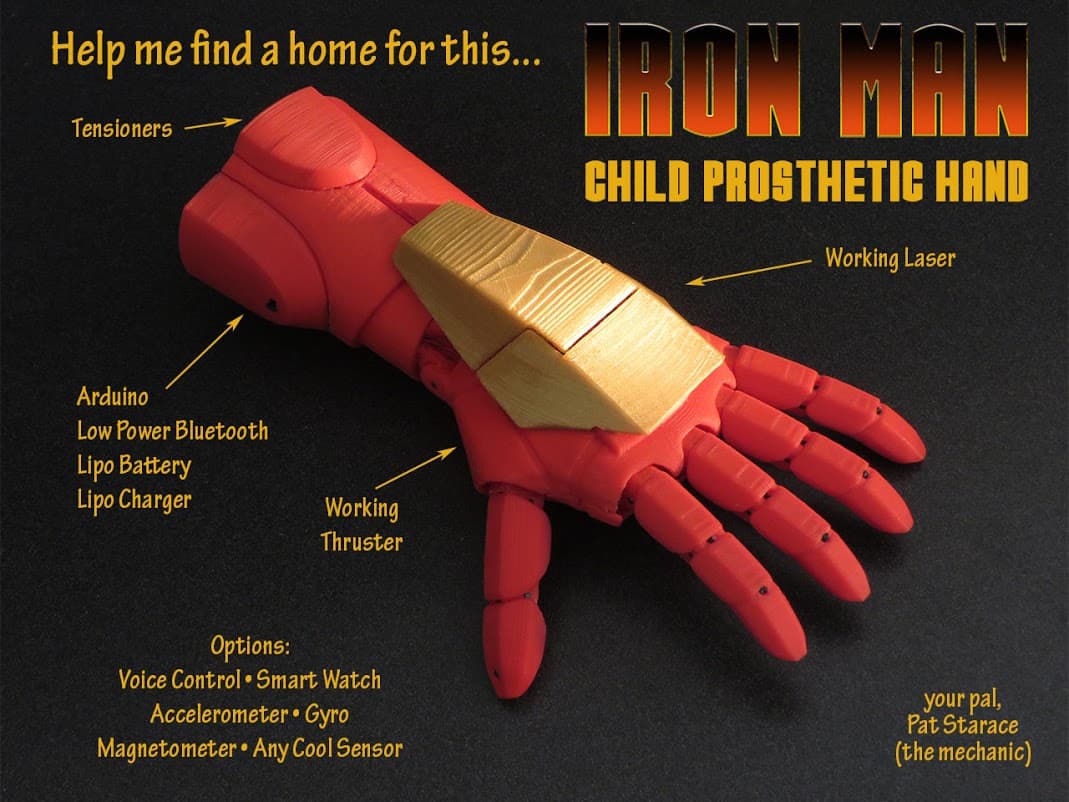 ​
As you will see in the video below, Starace’s prosthetic hand comes with a working laser and Iron Man's signature thruster (Nope, it doesn’t actually thrust). When the user tilts down the hand, all the red LED lights incorporated in the hand light up, while when the hand is tilted back. Also, you will see a ring light of bright RGB LEDs flare up in animated patterns when this happens.


​
In all, we believe this prosthetic arm is the coolest thing we've ever seen in the category. What's your take on the awesome new 3D-printed Iron Man hand? Share your thoughts with us in comments.

My self Avijit Mondal ,a student of E.E. 7th sem from Asansol Engineering College.Now I am going to share my internship story with CrazyEngineers.com When I was at my 6th...
5.4k views
Read More →
Archives

The Blue Whale challenge has already claimed multiple lives around the world and now, there's a 'Pink Whale' challenge. But there's nothing to worry about the Pink Whale, because it...
3.5k views
Read More →
Archives

Project on self balancing bicycle.

Im doing my final year Mechanical engineering.I have planned to do a project on self balancing bicycle.Can you share your ideas for its fabrication much better.
4k views
Read More →
Archives