@Kaustubh Katdare • 23 Aug, 2014 • 2 likes
Xiaomi, the company known as 'Apple of China' will introduce its entry level smartphones - Redmi 1S and Redmi Note in India on August 26. The company has sent out invites to the bloggers for the launch event in Delhi. The price of Redmi 1S in India will be Rs. 6999 and that of Redmi Note will be Rs. 9999. Xiaomi had promised to bring their entire series of popular phones to India after the successful launch of Mi3 - the batches of which are getting sold out within 2-3 seconds on Flipkart; the exclusive launch partner of Xiaomi in India.

Whether Xiaomi will begin the sale of phones on August 26 itself isn't clear yet. The company will showcase both the phones at the launch event and discuss various features these phones offer. We learn that Flipkart will continue to be Xiaomi's exclusive launch partner for both the phones. Let us give you an overview of key features and specs of both the phones - 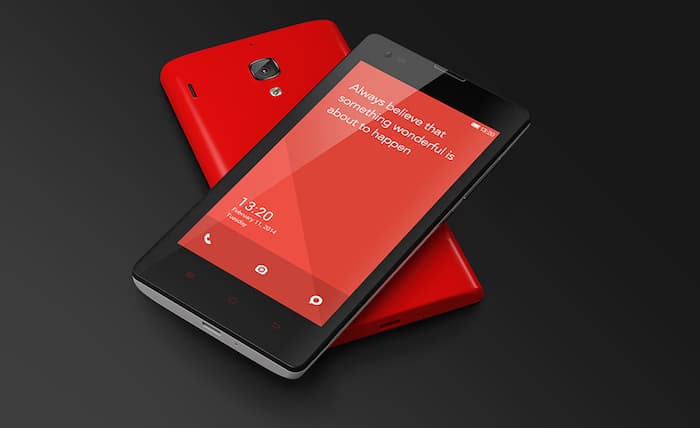 (Redmi 1S)
​
Redmi Note: The note is a 'phablet', with a big 5.5" HD IPS display. It has a 13 MP rear and 5 MP front facing camera capable of capturing HD videos. An MTK 8-core CPU makes things move nice and smooth on the user interface (again MIUI). The graphics is handled by Mali-450 GPU. The Redmi Note offers dual SIM (GSM | WCDMA) support and is powered by 3200 mAh battery. 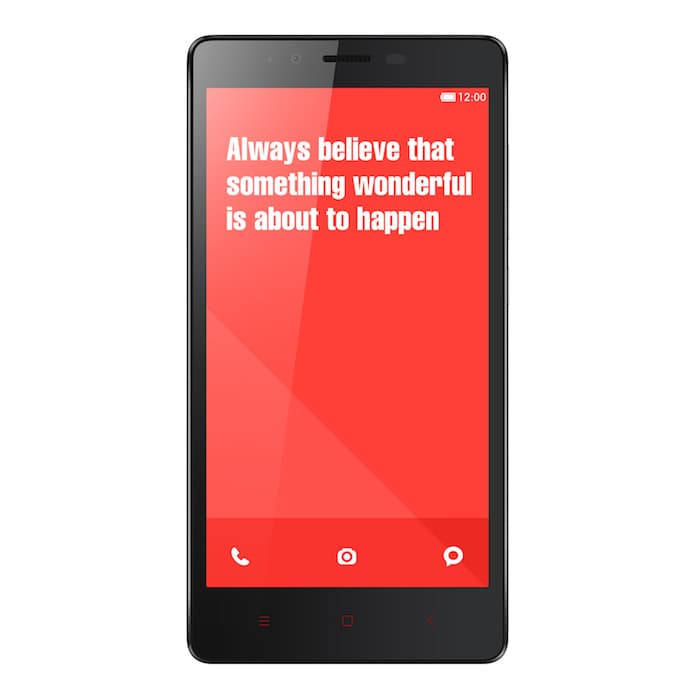 (Redmi Note)
​
We do not know whether Xiaomi and Flipkart will follow the same strategy for the sale of Note and 1S phones as that of Mi3. Flipkart made it mandatory for the users to register in order to be able to buy the phone for every new batch that arrived. The strategy was criticised by a lot of buyers and we've a parallel discussion on the topic. We'd love to know from our readers whether they are planning to buy either of the phones. Also let us know whether you think these two phones will evoke the same kind of response from customers as Mi3. We look forward to your thoughts.
@Harshad Italiya • 23 Aug, 2014 Red revolution !
@Sarathkumar Chandrasekaran • 23 Aug, 2014 Wow
Its bleeding everywhere.
Love this news.
@Nikita Madhyan • 23 Aug, 2014 cool handset....
@Aditya Deshmukh • 23 Aug, 2014 Anyone have any clue about, When China OS is coming out.
@prahu mac • 23 Aug, 2014 can any one tell me where exactly are these phones coming from?? and what people are coming these phones with apple seriously you got to be kiddin me!!!!!
@Kaustubh Katdare • 23 Aug, 2014 I believe the Note model is a better deal out of the two. I'm a fan of big screen phones and Note seems to fit the bill.
@Satya Swaroop Dash • 23 Aug, 2014 A few days ago, most Indian tech news websites gathered reports of malfunctioning Mi3s (from Facebook and Flipkart), if the problem is as grave as they claim it to be then people will be more cautious in using its new products, the products look quite appealing though.
@Kedar Malwadkar • 23 Aug, 2014 Note version is best deal!
@Ankita Katdare • 23 Aug, 2014 Absolutely stunning features for a phone below Rs. 10K. 😍 Beats Samsung Galaxy Note. It was introduced at a price of 40K! 😨
@Abhishek Rawal • 23 Aug, 2014 +1 for hardware
-1 for design (see, I like curves, I hate flat designs)

Also, we already read in the news that Xiaomi sending user data to China servers. Plus, MIUI's most of the source is proprietary & only few stack is kept open, so that again adds (-2) to the equation.

Abhishek Rawal
Overall, I wouldn't recommend to anyone. These Chinese companies don't respect your privacy.

If durability is even 70% of Sammy mobiles. I would recommend it to Not-A-Fool guys who knows how to flash custom OS.
Get it these phones in cheap price, flash and enjoy😀.
XDA already featured Mi3
@Rajni Jain • 23 Aug, 2014 MOTO E, Micromax Unite must have started feeling heat of Ximoi Redmi 1S. With a price range of 6999 you cant get a better deal. Also, I do agree that though Xiomi has increased the screen size with Note still keeping the price under 10 K with decent specifications is commendable.

Anyone knows, if both the devices are supporting Gorilla Glass or similar toughening technology?
@Shihabudheen K • 24 Aug, 2014 Xiaomi would become the "Apple of India" too.
@Kaustubh Katdare • 24 Aug, 2014

Shihabudheen K
Xiaomi would become the "Apple of India" too.

avii
isn't this quite an old news?

In terms of 'Internet Time' it is. Xiaomi sent the invites for the event a day or so ago; confirming the official launch.
@vishal Lokhande • 24 Aug, 2014

Kaustubh Katdare
I believe the Note model is a better deal out of the two. I'm a fan of big screen phones and Note seems to fit the bill.

Ankita Katdare
Absolutely stunning features for a phone below Rs. 10K. 😍 Beats Samsung Galaxy Note. It was introduced at a price of 40K! 😨

Beats Samsung Galaxy Note. It was introduced at a price of 40K! 😨.....👍😳
@mitkum • 24 Aug, 2014 Hello,
Can you please double check if these Xiaomi phones will really support CDMA band? If it is WCDMA i.e. GSM 3G and not CDMA then it is really worrying that Indian techies are still not able to distinguish between WCDMA and CDMA even after so many years of existence of both the technologies.
@Kaustubh Katdare • 24 Aug, 2014

mitkum
Hello,
Can you please double check if these Xiaomi phones will really support CDMA band? If it is WCDMA i.e. GSM 3G and not CDMA then it is really worrying that Indian techies are still not able to distinguish between WCDMA and CDMA even after so many years of existence of both the technologies.

Thanks for the catch. It's WCDMA (Wideband CDMA). I referred to wrong source and did not verify. I've updated the article to reflect the correct terminology.
10.7k views

Swipe Telecom has been steadily capturing the Indian market share and its latest smartphone is called the 'Swipe Elite 2' - a super affordable 4G smartphone with the power of...
5.4k views
Read More →
Archives

I'm fed up of hearing, reading and even writing about the startups in the digital world - software, hardware and Internet - that's all we keep on talking about. I'm...
6.8k views
Read More →
Archives

Why there is no Circuit breaker in Bus PT feeder?? In our system, interlock is given such that if any fault in Bus PT, then it opens the Incoming Bus...
10k views
Read More →
Archives

Internship At TCS - What do interns do?

I am persuing B. Tech(I.T.) ,5th semester not from very renowned college. But I have got a chance for internship in TCS in coming summer vaccation. But reading the blog...
15.4k views
Read More →
Archives

In the race between homegrown smartphone brands to offer something 'unique', most companies are putting in all their might to feature path-breaking tech specs in their smartphones at unprecedentedly low...
4.4k views
Read More →
Channels
👨‍💻 Remote Jobs 🗞️ News 🚀 Founders Circuit 🗄️ Archives ✨ Newsletter 🕹️ Changelog
About · Privacy · Terms of Service · Contact Us · © 2005 - 2022 CrazyEngineers. All rights reserved.