Dhananjay Harkare · Jan 4, 2015
Rank C1 - EXPERT
2014 proved to be a marvelous year for Xiaomi not just in China but company’s global appearance was worth appreciating. It is learned that Xiaomi captured third place among smartphone manufacturers globally. The leak of Redmi 1S successor making rounds on the Internet, already hints that the company is all-set for upcoming CES and we expect the announcement of 4G version of Redmi 1S. For now, the good news is about the launch of Redmi 2S. 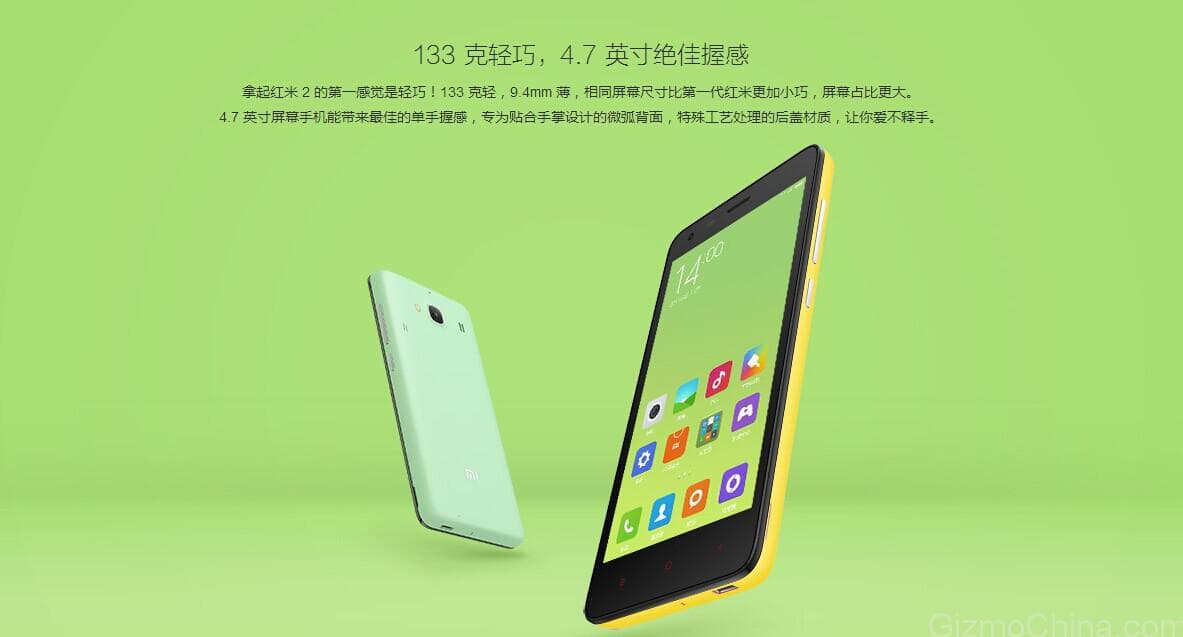 ​
Xiaomi’s latest device is believed to be an improved hardware model compared to Redmi 1S. Redmi 2S is powered by 64-bit Snapdragon 410 processor clocked at 1.2GHz. This is a major change in the device compared to Redmi 1S which has Snapdragon 400 CPU under the hood. Another up-gradation is that it has Aderno 306 GPU, unlike 305 in Redmi 1S. The latest smartphone sports a 4.7 inch IPS display with 720x1280 resolution. On the memory side, there’s 1GB RAM, 8GB ROM and microSD slot for expansion up-to 64GB. The device runs pre-installed Android 4.4.4 KitKat OS and users need to wait for Lollipop update to arrive on the device.

The smartphone offers impressive 8MP primary camera with flash along with 2MP front-facing camera for selfie-lovers. Another major improvement is the availability of LTE support. Xiaomi Redmi 2S can support carriers offering GSM, WCDMA, TD-LTE and LTE-FDD networks. The device has 2200mAh battery capacity. Redmi 2S weighs 132gm with dimensions 134 x 67.21 x 9.2mm and is available in five colors- white, black, yellow, pink and green to choose from. The phone has price tag of 699 Yuan, somewhat equivalent to Rs 7120. Users in china can pre-order Xiaomi Redmi 2S and the sales begin from January 6.