Satya Swaroop Dash · Apr 15, 2017
Rank A3 - PRO
WhatsApp, the most popular messaging platform in world is busy concocting new features that may be added in future updates to the app. Twitter handle @WABetaInfo has the scoop on the features that are currently being tested on the platforms various apps. The first notable feature that could make its way to WhatsApp is the ability to revoke sent messages. The ability to revoke messages was first spotted on WhatsApp Web version 0.2.4077 where you shall be given the ability to revoke a sent message within 5 minutes of sending it. The feature is currently disabled and can be revealed by some reverse engineering. The Twitter handle has also advised hackers to refrain from editing the five minute time limitation as doing so might get you banned from WhatsApp. Just to remind you this feature is currently on the WhatsApp Web.

​
The next feature that was spotted on WhatsApp Beta, this time on Android, is the ability to format the text using shortcuts. Formatting text on WhatsApp is currently possible by using text commands such as placing the text between underscores to italicise it, asterisk for bold and tilde for strike-though. This is a bit tedious that is why in the beta version of WhatsApp on Android you can select the text and a popup shall appear to make the text bold, italic or strike-through. This appears in two types, you will see either popup next to the text in the compose box or you shall see it on the top. WABetaInfo says that it varies depending upon the version of Android you are using. 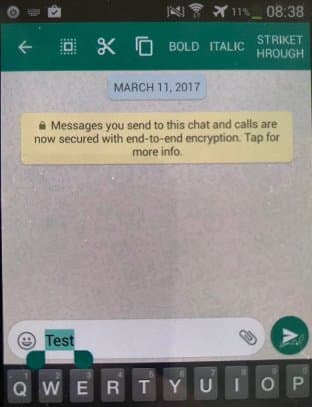 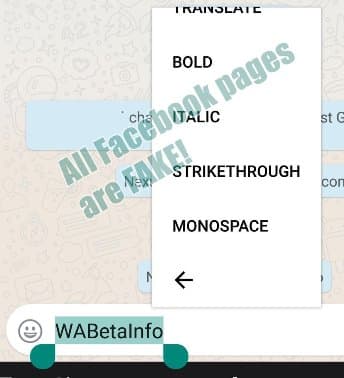 ​
Next on the dossier for WhatsApp Beta on Android is the ability to broadcast your location live. This feature was spotted on the Beta version on 2.17.150. This feature is available only in individual chats and not groups for obvious reasons. The feature is switched off by default and can be activated by the user if he/she chooses to. Live location broadcasting is gaining popularity ever since Google Maps included this feature in a recent update. 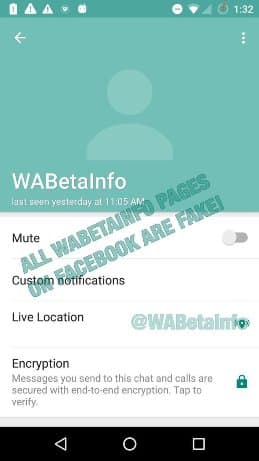 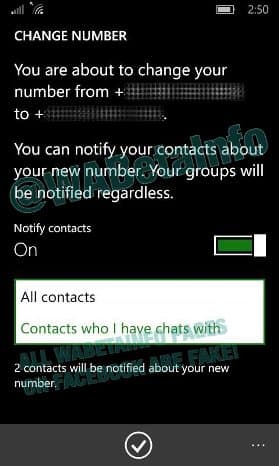 Kaustubh Katdare · Apr 16, 2017
Rank A1 - PRO
For the first time, I've a strong feeling that WhatsApp is going to be abandoned by people. They continue to add features that most people won't use or need. The more features they add, the more complicated the app will become for majority of the users.

They should keep things simple.
0 Likes