@Chaitanya Kukde • 28 Sep, 2014 • 3 likes
LED systems are already a hot property all over the world. From portable electronics, smartphones to home lighting solutions, LEDs can replace conventional lighting in almost all areas. A recent development over normal LEDs, the carbon-based Organic Light Emitting Diodes (OLEDs), which are brighter, thinner, lighter, more flexible and are less power hungry are already being used in various applications. And now, the researchers at Princeton have made a significant breakthrough in improving the brightness, efficiency and clarity of LEDs. Moreover, the scientists claim that their methods can produce similar results in normal (silicon-based) LEDs commonly used today.

The team of scientists at the Electrical Engineering department at Princeton headed by professor Stephen Chou increased the increased the brightness and efficiency of LEDs made of organic materials (flexible carbon-based sheets) by a staggering 57 percent. A normal LED emits only 2-4 percent of the light it generates. Displays have also benefited from this research and have shown a 400 percent better picture quality over their normal, commercial counterparts. Also, the team has claimed that the technology used to manufacture these is simple and cheap.

​
The problem of conventional LEDs is that light often gets trapped within it due to a phenomenon called 'total internal reflection'. Princeton engineers solved this problem by placing a nanotechnology structure called PlaCSH (plasmonic cavity with subwavelength hole-array) over the LED in order to 'extract' more light from it. Apart from the 60 percent efficiency and a 400 percent improvement in contrast, the PlaCSH structure also relieved the LED of the heat produced due to the trapped light. 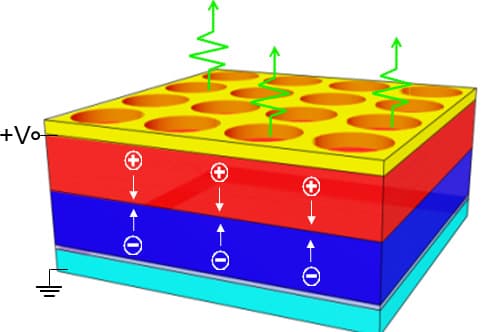 ​
The structure has 2 layers: an outer layer of 100 nanometers width and the inner layer is 15 nanometers thick. Because of the order of size of this structure is that of light, it is able to manipulate light in a way that bulk material or non-metallic nanostructures cannot. The wires that 'extract' light are about 20 nanometers thick and are spaced about 200 nanometers apart. Professor Chou used 'nanoimprint' technology (which he invented in 1995) to manufacture the PlaCSH structure. They have successfully demonstrated the technology on green organic LEDs and now are conducting experiments on red and blue organic as well as silicon LEDs. 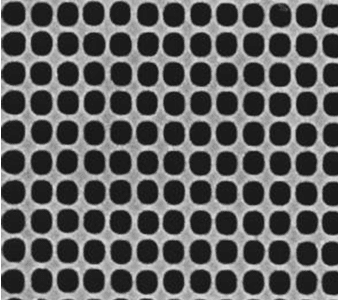 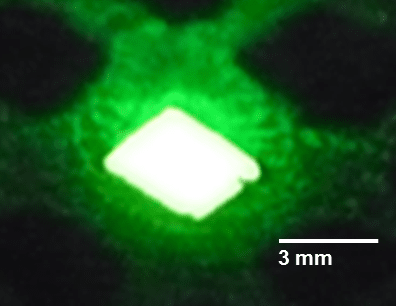 ​
It is worthwhile to note that in a 2012 paper by Chou, he showed how the application of this structure to solar cells resulted in increase in absorption of light to upto 96 percent striking solar cells' surface and increased the cells' efficiency by 175 percent.

Going by the stats, the PlaCSH has definitely pushed the boundaries in the Solid State Lighting field and may be there is still more to come.

How to add exception in quick heal firewall

I have installed kiwi syslog server in my PC but it is not working properly and i think the reason is my firewall , I want to add exception in...
5.1k views
Read More →
Archives

So, everyone who took CDAC's common admission test C-CAT on 6th and 13th December 2015 have received the C-CAT Ranks on 29th December. All those who are applying online for...
5.5k views
Read More →
Archives

Programming Language for a Mechanical Engineer

I am interested in learning a programming Language and was just wondering which language would be the most flexible and useful, both for Research and for my field. Any idea...
6.6k views
Read More →
Archives

how to slow down an electrical rc car motor ??

Hello, i am doing a voice activated voice control. i have an rc car .. i would like to know how can i decrease the speed on the motor ,,...
5.7k views
Read More →
Archives

All the Mechanical Engineering Students who are preparing for GATE-2015 or so may post their queries here. I will try my best to solve. P.S. I am not a GATE...
6.7k views
Read More →
Channels
👨‍💻 Remote Jobs 🗞️ News 🚀 Founders Circuit 🗄️ Archives ✨ Newsletter 🕹️ Changelog
About · Privacy · Terms of Service · Contact Us · © 2005 - 2022 CrazyEngineers. All rights reserved.