@Ankita Katdare • 22 Jul, 2014
Micromax has launched a brand new 32 inch LED TV in India as an addition to its portfolio which has two more LED TVs to offer. The Micromax 32T42ECHD is a HD ready slim television that has a lot on its plate when its comes to its technical specifications list. The 32-inch screen has a 1366 x 768 pixel resolution and a 16:9 aspect ratio. The picture quality on the TV screen is defined by DLED backlight, color control, 6.5 ms response time and a 3D comb filter.

It comes with 2 speakers that are located at the device's bottom have two 8W for sound output. The SRS sound system comes along with 5 band equalizer. Coming to connectivity and ports, there's a HDMI port, a USB port, a RF In & AV In, VGA connector (15 pin D-Sub), PC Audio Input, AV Output, Analog Tuner and Teletext. Sadly, there's no Wi-Fi or ethernet connectivity. Weighing about 5 Kg without stand, the Micromax 32T42ECHD LED TV is powered by AVEA (Audio Visual Entertainment Architecture) and features ultra low power consumption. Compared to normal CRT, it saves 70% more power and compared to other LCD’s, it saves 40% more power. 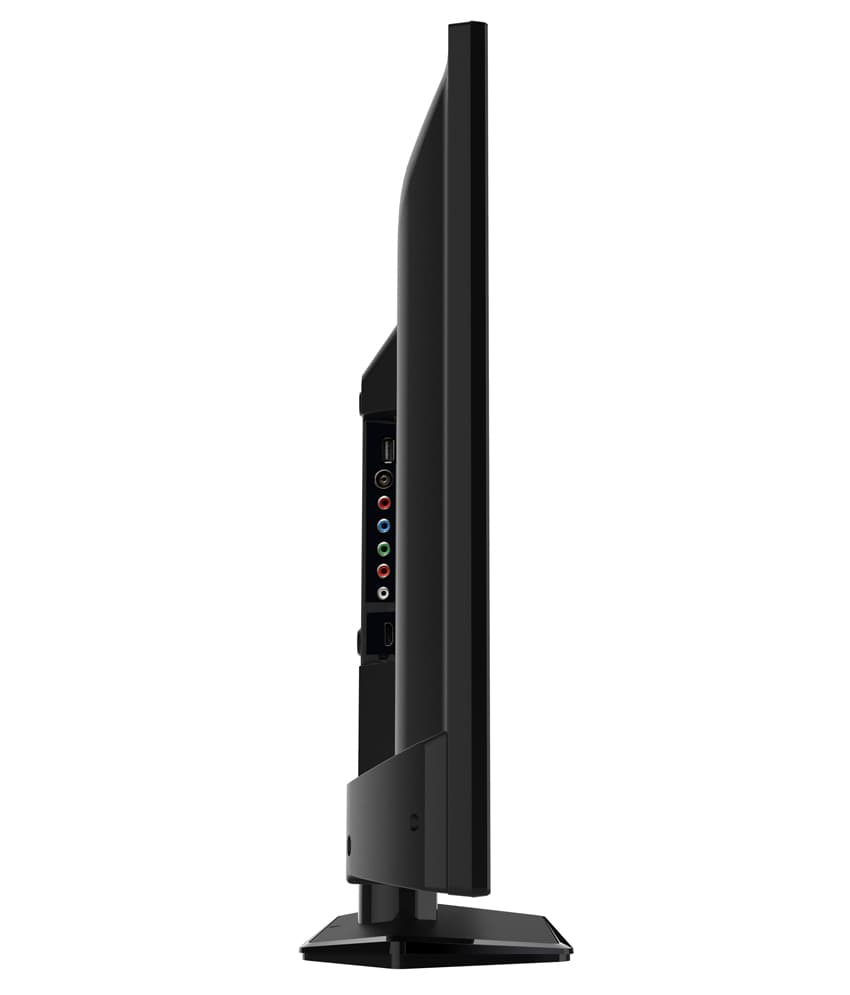 ​
The company offers 1 Year Micromax India warranty with the TV set. Priced at Rs. 16,499 as the MRP, the company has started selling the TV exclusively on Snapdeal at a discounted price of Rs. 15,999.

What are your thoughts on the new LED tv in town? Share with us in comments below.

Source: Micromax Info
@Sarathkumar Chandrasekaran • 22 Jul, 2014 Great entry by Micromax and its features seems to be impressive at this price tag.
Is there a smart TV lined up in Micromax future tv segments.
@Ankita Katdare • 22 Jul, 2014 There's no official word from the company as of yet. But from the looks of it, it may not be far-fetched to say that Micromax may have planned for a Smart TV launch in India in the near future.

In the meanwhile, I was hoping someone could review the Smart Stick from Micromax. It is awfully under marketed.
https://www.micromaxinfo.com/consumer-electronics/smart-stick/Smart Stick
@beingab • 22 Jul, 2014 Great specs at such a low price..
Though it's hdready still quite cheap compared to other's at this segment. Hope to see them launch cheap full hdtv
@Rajni Jain • 23 Jul, 2014 16K and a LED TV, first impression is surely a WOW !

Micromax is not new in town and already settled their name as smart phone manufacturer (probably low and low-medium phones). It would be interesting to see their work in the TV world.

My 2 cents on new entrants -- Specifications are really impressive !!
@jyothi prasad • 31 Jul, 2014 • 1 like as myself being a product designer,i have purchased this Tv from snapdeal by looking at it's publicity. micromax is very intelligent in grabbing the market.And the other reason was it has got 2 years maturity in Tv design(Which now i realize,the quality was not improved,they are just targeting the first time LED buyer's). Myself i never fall behind the "BRAND" names to purchase things,because of that i purchased micromax Tv. It seems micromax has a very good marketing strategy, as per my understanding the only reason why micromax tv's are cheaper because they lack in many features where the branded tv's offer.this is where micromax has cutdown the cost(like software development&testing for the add-on features). it's just a TV with display.We poor customers doesn't relaize this. The display was not that great(Just average). Don't fall behind this marketing strategy.If you are expecting a great display don't buy this Tv.
@Ankita Katdare • 31 Jul, 2014 @jyothi prasad Thanks a ton for the review. I believe many readers will find it useful and make a wise decision.
@Vikram S Bargah • 31 Jul, 2014 @jyothi prasad , Any Brand Suggestion for first time LED Buyers??
@Gollapinni Karthik Sharma • 01 Aug, 2014 Sony or LG are best for the any time LED buyers.
@Subhash91 • 01 Aug, 2014 Is this first micromax's T.V
@Ankita Katdare • 05 Aug, 2014

Subhash91
Is this first micromax's T.V

No. There are two others. @Subhash91 You can check the details about them on the official Micromax website.
@Gollapinni Karthik Sharma • 05 Aug, 2014 https://www.micromaxinfo.com/consumer-electronics
8.1k views

Making a Small Helicopter at Home! :)

Note: Before you build the actual helicopter you will need to build a simple bending jig (a board with some nails pounded into it) to twist the tongue depressors. What...
6.3k views
Read More →
Archives

Honda Motorcycles and Scooters India (HMSI), the company with a popular range of two-wheelers in India, has launched a new variant of its top scooter with Honda Activa 125. The...
7.4k views
Read More →
Archives

What if I break the company bond? What role does NASSCOM play?

Most freshers who have secured a job in an IT company through campus placements are worried about the Employment Service bond that they are made to sign. The 'bond' -...
10.6k views
Read More →
Channels
👨‍💻 Remote Jobs 🗞️ News 🚀 Founders Circuit 🗄️ Archives ✨ Newsletter 🕹️ Changelog
About · Privacy · Terms of Service · Contact Us · © 2005 - 2022 CrazyEngineers. All rights reserved.