@Kaustubh Katdare • 23 Jul, 2015
Making India Awesome is the new book by renowned author Chetan Bhagat. I thought of starting a discussion so that we can have reviews of the book as soon as the book becomes available. The book is currently available for pre-order on Amazon Click- Amazon for Rs. 125. Expect delivery starting August.

Do we have any Chetan Bhagat fans on CE? Would love to know what are your expectations from the book. By the time the book releases, contribute your idea on how can India be made better.
@Anoop Kumar • 23 Jul, 2015 • 3 likes

Kaustubh Katdare
what are your expectations from the book

Editorial page collection from various newspaper ☕
@Ankita Katdare • 24 Jul, 2015 I am pretty sure that I am not reading it, but I am eager to read the reviews about the book. 👍 Anyone here getting the book? I am thinking that if he had made a e-book, that would sell much quicker.
@Kaustubh Katdare • 24 Jul, 2015

...and that leads to the question - is shelling out money to buy the book worth it? I made the mistake of buying 'What young India wants' book and regretted it. I personally never liked Chetan Bhagat's books.

Did anyone happen to read his article 'Anatomy of an Internet troll'? I think Chetan is one of the most over-rated and over-hyped writer in India.
@Anoop Kumar • 25 Jul, 2015 • 1 like

Kaustubh Katdare
Did anyone happen to read his article 'Anatomy of an Internet troll'?

I just read 2 lines of this article and pretty sure this article should be considered as
"Anatomy of a trolled internet 'celebrity' ".
When Mr. Bhagat started writing editorial. I was happy that we are going to have some great article but after few articles, it turned out they are just response of Tv debates rather than a open thinker.
@Ankita Katdare • 26 Jul, 2015 Anyone here read Chetan's latest article in TOI?
It is titled: "Indian Institute of autonomy: Don’t kill a model that works"
It's great that it did not make it to the book. Or is Making India Awesome Part 2 already in the works?
@Ankita Katdare • 28 Jul, 2015 I see that Amazon India recently updated the website to add excerpts from the book Making India Awesome.
In one of the excerpts titled "Get the Government out of Business"

If we really want them to ‘Make in India’, the government has to let go. Keep business rules, but align them with international standards. Get the government out of business….The current finance minister may be investor-friendly. The next one may not. If I have invested money in India, how can I be sure the new guy won’t come after me with a stick?

He has also written that he never discusses an issue of national importance without proposing a solution. He urges you all to do the same.
@Kaustubh Katdare • 28 Jul, 2015 We don't need advice from an author who made his career writing love stories for college kids.
@Vignesh Ananth • 28 Jul, 2015 According to my view he is not advising. It depend on everyone's thought. And he is just sharing his ideas and what he thought in his point of view. He publish it . He got collections.
@Ankita Katdare • 29 Jul, 2015 Chetan Bhagat released a teaser for his book.
It says: "Tired of loud debates? Complex arguments? No Solutions?"
and then slides the book's cover on the screen.
Making India Awesome is releasing on 15th August 2015, India's Independence Day.
Watch the teaser here:

@Ankita Katdare • 15 Aug, 2015 Looks like the launch got postponed. The Amazon India site shows that the Making India Awesome will launch only as a paperback version on 19 Aug 2015. Anyone here ordered their copy yet?
@Ankita Katdare • 17 Aug, 2015 Chetan Bhagat just tweeted that a new campaign has been launched on his official site that lets you you pledge with the tag [HASHTAG]#MakingIndiaAwesome[/HASHTAG] on Twitter or Facebook. Anf for every pledge you write, they will donate Re. 1 towards Yuva Global Foundation, the youth volunteering organisation that works for education, women empowerment, environment and other causes.

Two days to go for the book launch. Expecting to read some reviews here.
@Ankita Katdare • 18 Aug, 2015 👀☕ Will get the book on Kindle and take the responsibility to share a review here.
@Kaustubh Katdare • 19 Aug, 2015 • 1 like Update: Got access to the Kindle edition of the book and quickly glanced through the pages. The book is a collection of Chetan Bhagat's columns and articles written over the past 6 years for different publications.

The book is meant for 'Objective, Caring Indians' - who are 'open minded' and are willing to accept Chetan Bhagat as their leader. The book, in a nutshell, is a compilation of Chetan Bhagat's speeches if he ever fights an election with an aim to be a prime minister of India. Why? Because Chetan Bhagat thinks that he can advise all the 'objective caring youth' on how to fix things.

I've never been a big fan of CB and in fact have been his critic. Being a Narendra Modi fan myself, I read his chapter named "Seventeen Commandments For Narendra Modi' (search Google for his original article) to see what advice Mr. Bhagat has for Mr. Modi; and boy, I lost all my leftover respect for Mr. Bhagat.

"Don't be overconfident in your speeches", tells a man who writes love stories and goes to colleges to deliver 'motivational' speeches because his love stories are popular; to a man who won millions of hearts with his words! The last thing I'd want to see is Mr. Bhagat wanting to write speeches for Mr. Modi.

"Dress Down. Charisma comes from integrity, competence and compassion. Not from expensive clothes." - writes Chetan. Wouldn't it be nice if Mr. Bhagat had taken the advice he's giving the prime minister himself? Isn't it public knowledge that the '10 lakh suit' was actually a gift received from a Gujarati businessman that costed a fraction of the media figures? Isn't it true that Modi has been auctioning of all the gifts received for the 'Gujarat Girl Child Education Fund' and 'Clean Ganga' project? The auction fetched Rs. 4.31 crores. Mr. Bhagat should read the ToI paper that publishes his columns, once in a while.

"stay connected with the youth...have you visited any college after that?" Chetan, is this what a prime minister supposed to do? For the records sake, PM Modi is one of the most connected PM India has ever seen. Bhagat - did you miss PM Modi celebrating teacher's day in school? Here you go, idiot!

"Don't talk down to people. Talk to people.... don't give monologues on radio" . I wonder if Chetan Bhagat has ever listened to 'Mann Ki Baat'. Oh and he does take questions, through his official website.

"Open more colleges, Open up tourism.......No statues please (referencing Sardar Patel's Statue)" . Now I begin questioning the quality of IITs and IIMs that produce dumbasses like Bhagat. Is the Statue being built for fun? Will it not generate employment and tourism for several decades?

The final one that made me want to press the 'turn off' button on Kindle:

"Be real. Have work life balance. Why can't the PM catch a movie sometimes?" . Bhagat, millions of Indians like me are proud that we've seen a PM who's working tirelessly for us. A real gem who's doing what needs to be done without taking rest. I won't be surprised if tomorrow you demand that a PM should 'once in a while' be the judge on the Dance Show and booze off at a pub with you. Seriously, Mr. Bhagat, go back to being an investment banker.

-NaMo Fan and Regressive Thinking Indian.
@Anoop Kumar • 19 Aug, 2015 When you going to be this

(This is one of awesome speech) 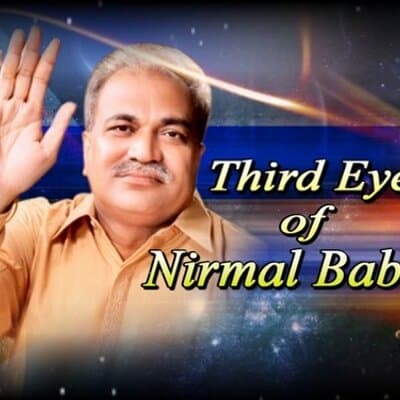 Chetan bhagat is turning to preacher. Telling people hey you suck, look at me I am successful, follow me, do what I suggest.
@Kaustubh Katdare • 19 Aug, 2015

Anoop Kumar
Chetan bhagat is turning to preacher. Telling people hey you suck, look at me I am successful, follow me, do what I suggest.

Well, It could just be my personal dislike for CB and his writings. Just because he speaks English and has popular novels doesn't qualify him to be an expert on politics, dance (??) and a representative of Indian youth. That's my opinion though. I know he's got a huge fan following.
@Anoop Kumar • 19 Aug, 2015

Kaustubh Katdare
I know he's got a huge fan following.

Was that sarcasm 😉, because Nirmal baba also has fan following☕
@Kaustubh Katdare • 19 Aug, 2015 Nope, that wasn't sarcasm 😁. Chetan Bhagat does have a huge fan following. It's a norm in India to idolize anyone who's famous. Anyone who's famous for whatever reason instantly becomes an experts on all the topics. So it's common for us to see cricketers being judges on singing competitions and fiction writers becoming authority on political issues.

Well, I'll wait and read the reviews of the books written by others. I've already ranted enough in this thread.
@Ankita Katdare • 01 Sep, 2015 In Chetan's own words - My 'Making India Awesome' is the pill India needs - TOI Article from a day before.
@Ankita Katdare • 21 Sep, 2015 Read another review from a link shared on my Twitter Timeline. The title is -

‘Making India Awesome’: a weakipedia of what ails us and how to cure ourselves.

Wow. Is the book surely not about spirituality?