@Abhishek Rawal • 26 Jan, 2014 • 2 likes
Currently the default Ubuntu desktop is shipped with Unity7, even though Canonical developers are working on upcoming major iteration Unity8 (a.k.a Unity Next) which is based on Mir display server targeting convergence, there is clear announcement that Ubuntu 14.04 Trusty Tahr LTS will be shipped with Unity7 & not Unity8. Recently, unity7 stacks were upgraded in Ubuntu 14.04 LTS with including features of full GTK3+ theming support & windows with anti-aliased corners. 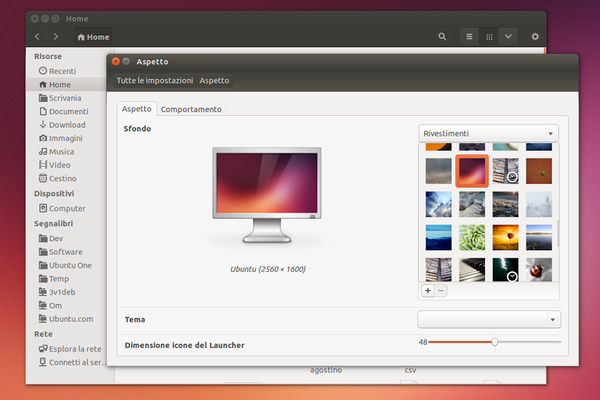 Anti-aliased Windows Corner
Source : Google+​
Until 13.10 Saucy Salamander the GTK-themes were using metacity theming engine through the compiz native gtk-window-decorator, this system was never updated or ported to GTK3 which has better theming capabilities & gtk-css theming. So, after the latest upgrade of Unity7, the Canonical developers redefined entire theming system based on GtkStyleContext which is entirely based on CSS. The drawback of this Unity upgrade is that all the current themes will stop working in upgraded Unity7, until the gtk-theme designer updates the codebase of gtk-theme to the newly updated theming system.

This is definitely an awesome update because it brings full GTK3 theming support, improved resizing speed when using 'normal resizing' in compiz & something that most users requested for, anti-aliased corner! With all the proposed awesome changes coming to next LTS, we are going to see a rock solid LTS distribution by Ubuntu.