Abhishek Rawal · Jan 24, 2014
Rank A2 - PRO
Czech Republic located game studio, Warhorse Studios has funded a Kickstarter game Kingdom Come Deliverance; which is powered by Crytek's CryEngine3. CryEngine 3 is the latest version of Crytek's game engine on which the games like Crysis 2, Warface, Lichdom & Sniper : Ghost Warrior 2 were successfully developed. Back in 2012, Michael Larabel of Phoronix first reported about CryEngine's Linux port on twitter, but since then there has been no official report by Crytek about Linux port of their latest game engine. However, In mid-2013 when Crytek posted a job-listing calling for a programmer to work on CryEngine3 to bring it to Linux operating system, we knew that few mainstream games for Linux will emerge. 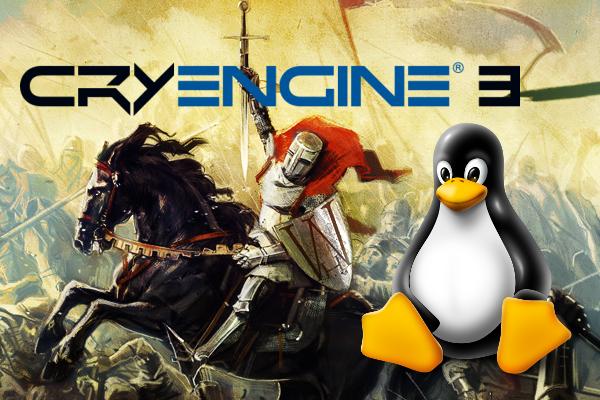 ​
Kingdom Come : Deliverance is the first Linux game using CryEngine3 by Warhorse
​
Studios started funding on Kickstarter on Thursday, 20 Feb and just within 5 days the project received £369,348 pledges which is almost 70 grands more than what the current goal is. The game by Warhorse Studios is described as 'Realistic single-player RPG set in medieval Europe. Open-world sandbox with period accurate melee combat. Dungeons & no Dragons'. As of now, the game is being made available for Linux, Mac & PC. (In future it will also be available for closed platforms like Xbox-One & PS4, but it's not confirmed since it will be possible only when platform holder approves the project.) The game will be released in Q4 of 2015. You can check-out Kickstarter page of Kingdom Come for detailed features of game.

With Valve's effort in bringing games to Linux with Projects like SteamOS & Steam-Machine, Other studios are also inclined in bringing their games to Linux, so soon there will be point when we could see big companies like Crytek, Ubisoft, Blizzard, etc. porting games to Linux. And like what Battlefield director DICE creative director, Lars Gustavvson said, "It would only take one 'killer' game for Linux platform to explode its way to mainstream gaming".

Share your opinion with us in comments below. Posted in: #Coffee Room
2 Likes
@ A2A Reply

Now, Killer games will appear in Linux. Thanks to Crytek! 👍
0 Likes