iPhone 5C Price In India Doesn't Look Cheap At All

@Satya Swaroop Dash • 10 Sep, 2013 • 2 likes
When rumours and leaks of the iPhone 5C began to surface, people in countries like India and China were quite excited. Everyone was hoping that Apple has finally paid attention to the two most populated countries in the world with a cheap iPhone. People had hoped that Apple would somehow manage to keep the price between 20,000 to 25,000 rupees, but it was not supposed to happen. Sure, if you live in the US the phone comes in 16GB and 32 GB variants on a two year contract from a service provider for $99 (6,309 INR) and $199 (12,683 INR) respectively. But the unlocked retail versions in US have been priced at $549 (Rs 36,500) and $649 (Rs 43,000). Now keep in mind, the Indian prices will be slightly higher than these prices. So as it may look brands like Samsung, Micromaxx and Karbonn are here to stay as they offer Android smartphones at much cheaper rates.

​
Now even though the prices might have put you off by now, it’s no harm of going through what the iPhone 5C has to offer. Like most ‘cheap’ yet premium phones this one has been made out of polycarbonate resin and is available in 5 colours. The screen is a 4-inch retina display with 1136x640 pixel resolution. Underneath the hood, you find Apple’s A6 chipset and 1GB of RAM. Your photographic needs will be taken care of with an 8MP rear autofocus camera with flash and 1.2 MP front camera. In terms of connectivity, you have Wi-Fi with AirPlay, Bluetooth 4.0, A-GPS and GLONASS. The only solace, the phone will run the latest iOS 7 out-of-the-box. Apple has also made sure that you do not rely on aftermarket covers and has decided to give you seven “separately sold” colourful silicon rubber cases which cost you $29 (1,847 INR) each.

Just saw the official youtube video of iPhone 5C, they have disabled the comment😁
@Sarathkumar Chandrasekaran • 10 Sep, 2013 I am not a mad man to go for this so called " branded " company's peoducts.Specs look decent but for this high price tag I could get a good phone with fully loaded features.
@Kaustubh Katdare • 10 Sep, 2013 Are these guys insane? I mean if I've to spend 40K+, I'd rather buy a Galaxy Note III. That device looks a lot better to me now. 😳
@prahu mac • 11 Sep, 2013 man!!!!! instead of buying this one i would probably go for a iphone 4s which is pretty much good in its looks and its overall performance.
@LalitJivnani • 11 Sep, 2013 Even i was desperately waiting for iphone 5c but the price really embarrassed me.
Rumors are there that like US,we will also have contract system in India for some specific carriers which will cost us low but still not sure about that.

I was expecting the 5c to be priced at about Rs. 15000. There's one possibility though. Iphone my get launched via a telecom operator. I doubt that will work though. Let's face it guys, the iDevices won't be cheaper in India. Add the falling value of rupees to the trouble.
@Anoop Kumar • 11 Sep, 2013 Some one already got hands on new iPhone 5C 😯 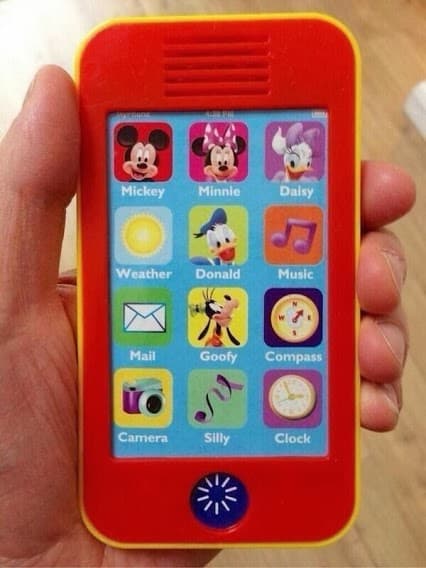 courtesy @Abhishek Rawal
@Jeffrey Arulraj • 11 Sep, 2013 Apple is heading no where what is the point of having a cheaper phone for 600$ anyways

Wish a magic man like Jobs come on top of it soon or else we might have another mobile giant buy off real soon
@Abhishek Rawal • 11 Sep, 2013

Japs, because it seriously looks like Jap school-girl's phone with those different color covers. Especially that Green & Pink color made me giggle.
@Sanyam Khurana • 12 Sep, 2013 These people are just insane, who would love a phone like this spending like 40k..

Man! They ruined all the excitement.

ianoop
Get Cheap phone at INR. 40,000/- they have disabled the comment😁

Just because they already know, there video would get all negative comments.

Kaustubh Katdare
Add the falling value of rupees to the trouble.

Yeah, I agree to this.
@avii • 13 Sep, 2013 LOL, care to explain why it has to be cheap ? It's an apple product, they are always overpriced.
@Satya Swaroop Dash • 09 Oct, 2013 It’s now official, the iPhone 5S and 5C will arrive in India on November 1st. Apple has not given the pricing details but that will vary from operator to operator. While the service provider will give you some discounted price you have to shell out a couple more for the unlocked ones. We will keep you updated about the prices as soon as they are available.
3.3k views

Numericals on semiconductors... try this out

Numericals 1. Determine the concentration of electrons and holes in a sample for germanium at 300°K in which concentration of donor atoms is 2*10(14) [raise to power 14] atoms/cm(3) and...
3.8k views
Read More →
Archives

Boeing Black - Do Its Features Make It One Secure Android Mobile Device?

Boeing Black Smartphone has been launched with much aplomb. Developed with an idea to provide a solution to the U.S. Defense team's demands for secure and trusted access to the...
3.5k views
Read More →
Archives

PLC Course Or Embedded Course - Which is better?

Hello sir. I am from Electrical and Electronics branch. I am in need of suggestion whether studying embedded system course will be good ? Some says that being i am...
3.8k views
Read More →
Archives

hi.. im electronic communication student... I need help for my final year project.. the theme that given to us was green technology.. im really out of ideas about it.. please...
5.9k views
Read More →
Archives