@Ankita Katdare • 05 Nov, 2014
The iBall Slide Performance Series of tablets in India recently got updated with a brand new Windows 8.1 OS running tablet named 'iBall Slide WQ149' with a price tag of Rs. 24,999 as is mentioned on their official website. Back in September, the company had introduced iBall WQ32 and has been steadily launching a number of Slide series tablets since last year. With the arrival of iBall Slide WQ149, a Windows tab powered by Intel Atom Processor Z3735D (up to 1.83 GHz), the company has further strengthened its hold the mid-budget Windows tablet market in India. Let's take a look at the basic specifications for the new device and find out if it's worth the price.

Featuring a 10.1 inch IPS full-capacitive touchscreen (with 1280x900 pixel resolution), the iBall Slide WQ149 features a 31.08Wh polymer battery. Packed inside it is a 2GB DDR3 RAM, 32GB Built-in storage and support for MicroSD card up to 64GB. The 2-in-1 tablet cum laptop comes with a detachable magnetic keyboard that has a touch pad and cover. Users can click pictures with a 5.0 MP auto-focus rear camera, whereas a 2 megapixel front camera can be used for video chatting. Last but no the least, the connectivity options for WQ149 tablet users include -
Wi-Fi 802.11 b\g\n and Bluetooth 4.0. A Micro USB Port, a Mini HDMI port, USB OTG function and Pogo Pin Keyboard Interface has made it to the specifications list too. As for SIM card, the tablet extends support for WCDMA 2100 MHz
Data connectivity only 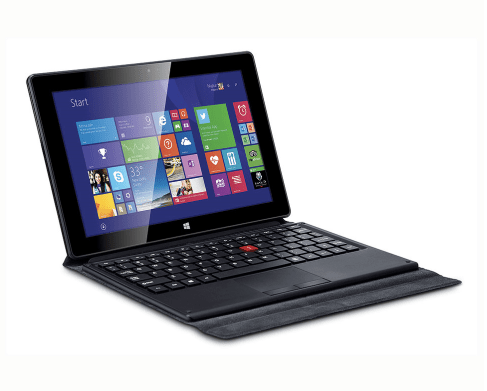 ​
Apart from the above tech specs, the Windows 8.1 tablet comes with its set of perks too. The company is offering with the package, 1 TB of cloud storage and MS Office 365 for free for 1 whole year. Moreover, some reports suggest that the WQ149 tablet is also available at a discounted price of Rs. 21,999.

What are your thoughts on the new Windows 8.1 tablet in India, its features and the price? Share your views with us in comments below.
​
Source: iBall Slide Series tablets
@Lynne Austinn • 05 Nov, 2014 yea I still used to prefer cellphones ! but thank 😀
@Rajni Jain • 05 Nov, 2014

I am with you, even I can't think of using tablet for cellphone.
Quite possible one day Tablets may replace Laptops though.
@Lynne Austinn • 05 Nov, 2014

Rajni Jain
I am with you, even I can't think of using tablet for cellphone.
Quite possible one day Tablets may replace Laptops though.

What is the date of birth of the driver ?

hello friend's i have a question that have many answer you have to chose one. Ok let you are driving a car from Nalanda to Delhi at a speed of...
10k views
Read More →
Archives

What is your opinion / review of Cuzor UPS for WiFi routers?

Looking for views and opinions of fellow CEans on Cuzor 12V UPS for WiFi routers. The startup CuzorLabs is aiming to solve an important problem with the power-cuts disrupting the...
9k views
Read More →
Archives