Satya Swaroop Dash · Sep 4, 2014
Rank A3 - PRO
With just a few hours to go for the Nokia selfie phone launch event, HTC has announced its new Android smartphone for selfie lovers. The HTC Desire 820 has an 8MP front camera with Backside Illumination Sensor for high quality low light selfies. The company also includes a Face Fusion app that merges your features with those of a friend or celebrity. Next we have the real time Live Makeup feature which as the name suggests lets you set the desired level of skin smoothing before capturing the photo. Finally you have the Apple-esqe Photo Booth feature. On the rear we find a 13MP BSI sensor with f/2.2 aperture and LED flash capable of recording Full HD (1080p) videos. 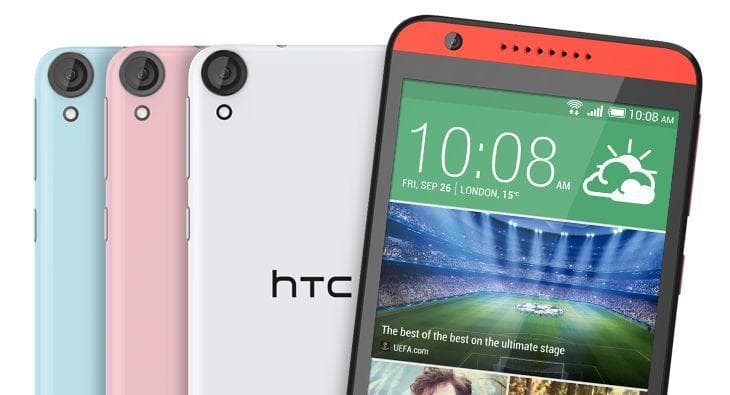 ​
The HTC Desire 820 has a 5.5inch HD resolution display. Underneath the hood we find 64bit capable Qualcomm Snapdragon 615 chipset which could house a 1.5 GHz or 1.0 GHz octa-core CPU depending on your market. We say the phone is 64bit capable and not 64bit because until now no Android version has a 64 bit version, Android L will be the first to support 64bit infrastructure. The Android KitKat smartphone with HTC Sense and HTC Blinkfeed UI has 2GB of RAM and supports LTE connectivity. The HTC Desire 820 has an internal memory of 16GB and allows you to use microSD cards of up to 128GB to expand storage. Connectivity options include Bluetooth 4.0, microUSB, Wi-Fi with DLNA support along with GPS and GLONASS navigation sensors. The phone is powered by a 2600mAh battery that is claimed to last for 424 hours on standby and 22 hours of talk time.

Pricing and availability information is unavailable at the moment. We shall update the article as soon as we get additional information.

The price has not been disclosed yet. Keep an eye on this space for updates.
0 Likes

Yogesh Borkar · Sep 4, 2014
Rank C1 - EXPERT
All mobile companies have analysed the need of the social network users and launched dedicated selfie smartphones with high aperture. It would be interesting to know who hits the perfect pricing bulls eye and wins the war of the selfie smartphones.
0 Likes