Have You Modified Your Motor Bike? Share Tips, Photos & Videos

@Kaustubh Katdare • 06 Mar, 2011
I remember during my college days, my friend from Industrial engineer would modify his motorcycle [Yamaha RX-100] every 15 days and add something new. He'd done all kinds of tweaks to his motorcycle you'd think of in 4 years of engineering.

I wonder whether we've any crazy engineers who've modified their motorcycles just for fun. If yes, tell us what did you do and share photos/videos and how tos, if possible 😎
@Kaustubh Katdare • 08 Mar, 2011 No one's done it? 😀
@gohm • 08 Mar, 2011 I've done it to all my bikes (both street & track) from ergonomic, safety, convenience and of course lots of performance modifications. I'll try to think of one to cover in detail.
@ISHAN TOPRE • 11 Mar, 2011 I have done a little bit in this aspect.But always failed miserably because the end product giving still bad results than ever.
Presently I am in search of a luna.I will try to modify a cycle using parts of a Hero puch or Luna.
@yashwinsingh • 20 Jul, 2011 I have modified my Royal Enfield city bike which is 2000 model 535cc. comments welcome!!!

@yashwinsingh • 20 Jul, 2011 ideas are welcome!
@Basitadam • 26 Jul, 2011 He is a '98 Triumph Tiger. Originally has three carburattors. Removed them and install throttle body of a newer model. used required sensor and made a hommade ecu. the ecu has a 32 bits cpu. resulted more torque, -15% fuel consumption and stability in running.Here are the photos taken showing the process. System is running with no issues since three years, more than 30.000km in four seasons, all type of roads. ( I cannot upload photos, says I don't have permissions. mabye later )

@Kaustubh Katdare • 26 Jul, 2011 You'll need at least 10 posts to be able to upload photos. If you have them on flicker, feel free to post a link to your photo album 😀
@ISHAN TOPRE • 26 Jul, 2011 @Basitadam: The project sound interesting. I will be waiting for you to upload pics. Those will give a clearer idea. But is is still strange and also encouraging too for a novice engineer that we can get 15% less fuel consumption from the system you mentioned. 😀
@Basitadam • 28 Jul, 2011 I don't. But may share a link to another forum. is that ok?
@Kaustubh Katdare • 28 Jul, 2011 Sure, go ahead!
@ShrinkDWorld • 28 Jul, 2011 This run without fuel. Most economic 😁 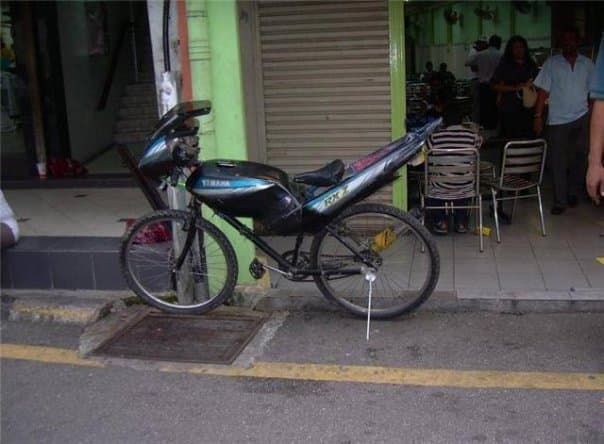 Jobs For Aggregate 50% Marks In 10th, 12th And Graduation

The minimum criteria for job applications has become a major issue. I have realized that there has to be a list of companies or jobs which students who couldn't score...
6.7k views
Read More →
Archives

Once upon a time, laptops were not suitable for running engineering CAD/CAE applications. Engineers used desktop workstations for that purpose. However, hardware companies have gradually realized that the people who...
13.4k views
Read More →
Archives

i've been using MATLAB for some time now and have begun to realiza its true power.... i wanted to do a project in MATLAB.... i did a bit of study...
8.3k views
Read More →
Archives

Mtech good colleges and Universities with their self entrance

Hello, I need career help. Can you please suggest me good university's or colleges for M.tech (Computer engineering or Information security)?I am having a year of experience in software industry...
6.3k views
Read More →
Archives