Circuit of Half wave rectifier:

1. It basically consist of the diode.As we already know that the diode is the two terminal device, consisting of the cathode and the anode, thus it allows the flow of electrons in only one direction.
2. It consist of the load element RL .
3. The diode is connected in series with the secondary of the transformer and the load element RL.
4. The primary of the transformer is connected to AC mains of the supply.

​
The half wave rectifier converts this AC voltage or alternating voltage into unidirectional pulsating voltage of half of the pulsating cycle . the other half is suppressed since the diode conducts only in one direction.

1. We know that the AC voltage changes its polarity during every half cycle. 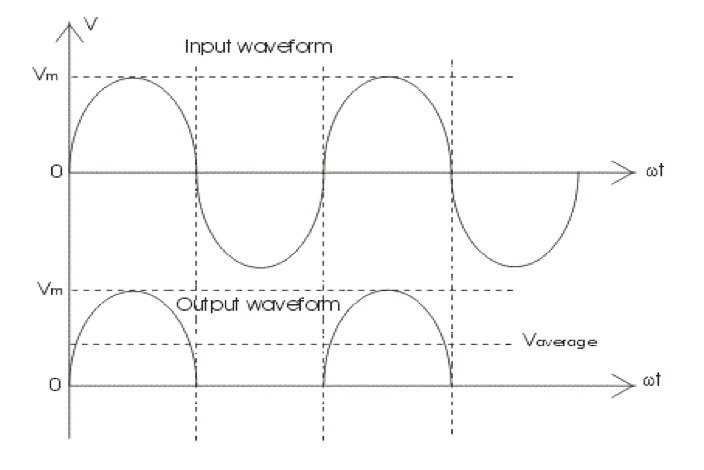 Disadvantages:
1. Since its ripple factor is very high , thus a big filtering circuit is required.
2. The efficiency is very low since output is delivered only for half the time.
3. Transformation Utilization factor is low.
4. Saturation of the transformer core results in hysteresis losses.

Because of its demerits it cannot be used for general power supply but can be use for charging of some kind of batteries.

Characteristics of Half wave rectifier are tabulated as under -

Micromax Canvas Lapbook Brings The Power of Windows 10 At Rs. 13999

It's official. The homegrown brand Micromax has entered the laptop segment with the all new Canvas Lapbook. And this time it's not a 2-in-1 tablet convertible. It's a full bloom...
6.1k views
Read More →
Archives

Sony India has launched a new smartphone - the Sony Xperia E3 and its Dual-SIM variant in India today after the grand unveiling at IFA 2014. You will find that...
10.6k views
Read More →
Archives

Karbonn Titanium S9 has been launched in India with a price tag of Rs. 19,990. The Titanium S9 makes an interesting launch from Karbonn mobiles and the timing of the...
4.3k views
Read More →
Archives

YouTube will be the new DTH channel in India