@Ambarish Ganesh • 11 May, 2014 • 6 likes
Google's reportedly refurbishing the user interface of Gmail-for-desktop, and Geek has shared a few screenshots of the new screen-look under testing. The interface displayed on these screenshots accommodate more white space, has no new tab feature, holds seriously less clutter, and a new hamburger menu at the left hides the many labels and categories to go easy on the visual, and a button on the lower right includes actions that a user may perform - like composing a new mail, or like setting a reminder. 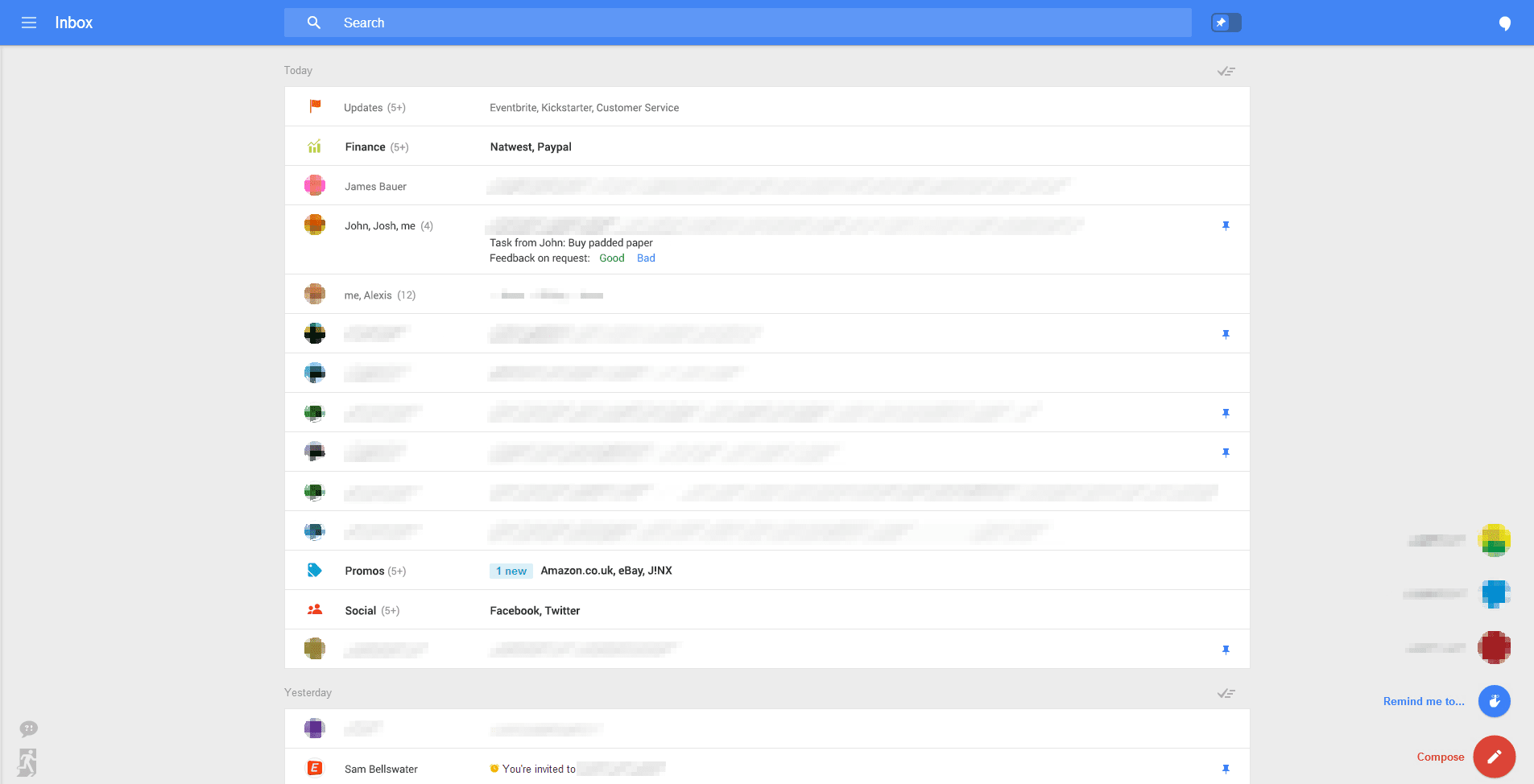 The Hangouts menu is pinned at the top right with a contacts drop-down, while a huge rectangular search-box rules the header. There are no more stars, but 'pins' instead, and user can 'Snooze' a particular email for later reminder. 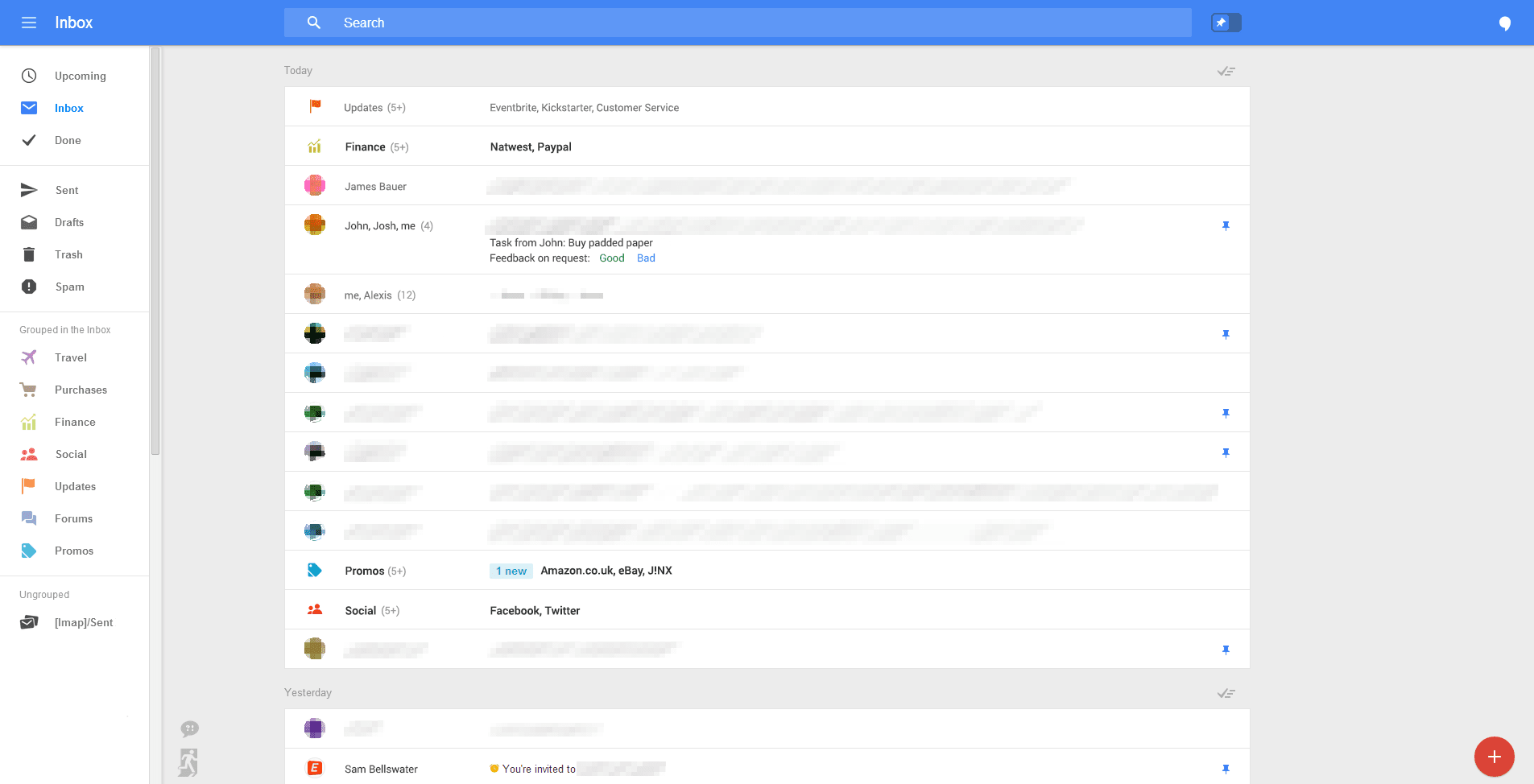 These leaked screenshots are similar to Google's earlier Gmail-for-mobile interface overhaul. Google has never really tweaked a major interface revamp since the current template was launched in 2011, and while this new interface may see light soon, the company has not put down a definite date as yet. One may expect an exhibition at the Google I/O event coming June though.
@Kaustubh Katdare • 11 May, 2014 Looks like they are getting inspired by Outlook. When it comes to the web GUI, I think Outlook rules the game. I just hope they allow businesses to use Outlook for their own custom domains. Not sure if they've already doing that.
@Rajni Jain • 11 May, 2014 Outlook rules the game when it comes to the commercial use (Business us) of it. Gmail rules the world when we deal with the personal emails.

Recent Yahoo / rediff are just copy of the Outlook, Gmail is still not that close, though they are on the same path as well. I wish Gmail increases the implementation of AJAX, that will make it more user friendly.
@Ankita Katdare • 11 May, 2014 Is it just me or does everyone feel that everyone is copying each other? 😨
@Satya Swaroop Dash • 13 May, 2014 • 1 like

Ankita Katdare
Is it just me or does everyone feel that everyone is copying each other? 😨