Download AUTOnCAB App On Phone To Hire An Autorickshaw In India

@Ankita Katdare • 23 Jul, 2014
Synsoft Global, a mobile and web app development company based in India, has developed a new app called 'AUTOnCAB' for the Android and iOS platforms that lets the user hail or hire a cab or an autorickshaw on-the-go. Launched with an aim to make the life of thousands of daily commuters a breeze, the app service is currently available only in Delhi and Gurgaon, cities of India. With more and more people relying on productivity apps in the country and the youth embracing the app-world through their high-end smartphones, an app such as AUTOnCAB has the potential to become quite popular, keeping in mind the fact that autorickshaw wallahs are quite a headache in certain parts of the country.

The Android and iOS versions of the app both sport the same features. There's auto-detection of the user's pickup address using GPS available by default on most of the smartphone. Users get to choose the autorickshaws and taxi cabs. Once selected, the app will inform you the estimated time of arrival. After the user completes his or her journey, there's an option to rate the driver - which is saved for your next ride's reference. The ratings so far suggest that the driver reaches you within minutes of booking or hiring through the AUTOnCAB app. 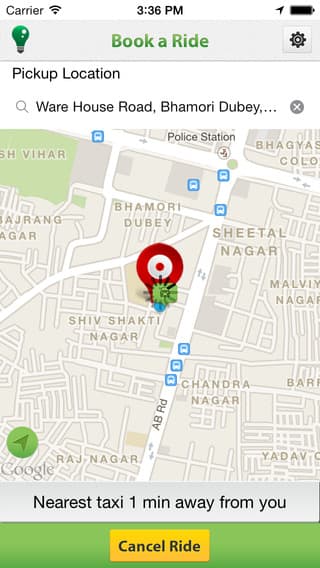 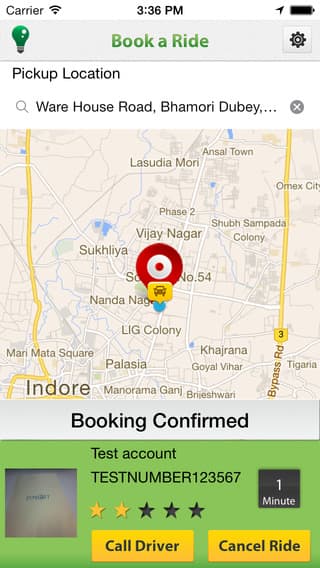 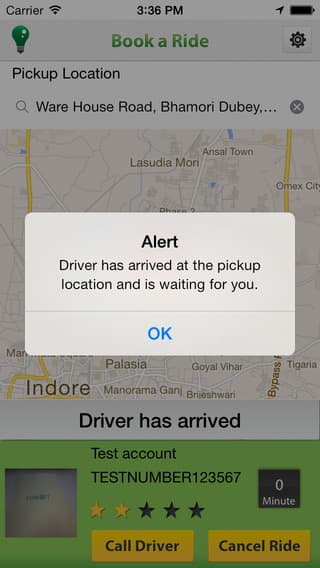 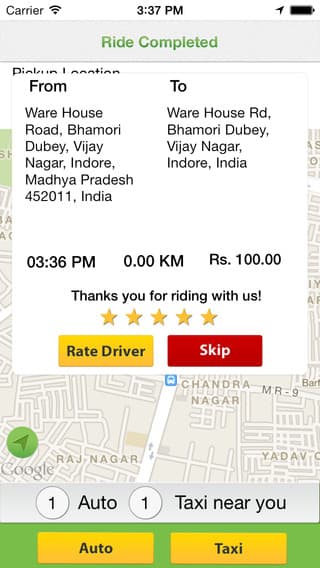 ​
From the screenshots above it is evident that the interface used in the app is quite clean and easy to use. Other features such as the facility of knowing who your driver is & watching him move towards you might come-in handy. Users can even call him directly for giving directions to reach to the desired pick-up location. The option to view rates for your city in the app can help users get a fare quote for their trip.

In the app's latest version, the development team has added additional features such as - Current location updates, Net connectivity indicator on top left in screen and improved functionality and instructions.

That's all about the app. We would love to read the reviews of the app from fellow engineers in Gurgaon and Delhi. The app's service will be initially available in South Delhi and its adjoining areas and will soon be rolled out to other parts of Delhi NCR. Over the course of next 12 months, the AUTOnCAB app plans to cover all major cities in India. If you are a daily commuter of these mode of transports, let us know what you think about the app in comments.

Source: AUTOnCAB on Android | iOS Store
@Rajni Jain • 23 Jul, 2014 • 2 likes I have downloaded the app and it seems impressive.

It asks for mobile number and Email for sending notifications. For security it asks for the verification code for the first time.

Once done, you need to switch on your mobile GPS, after that application shows you the map and asks you from which location you want to schedule the Pick-up and shows you number of Auto and Cabs available. and then you can book them accordingly.

Delhi NCR auto's and cab's has GPS installed on them. However, I am just wondering how it will work in all the major cities till their vehicles have GPS installed.
4.2k views

ISRO Mangalyaan Update : Everything Is Fine & Destination Is ~30 Days Away

ISRO's ambitious Mars Orbiter took the leap of faith towards the red planet from Sriharikota, India on November 5, 2013. ISRO's confirmed that the journey so far has been as...
6.9k views
Read More →
Archives

Is clutch necessary in all vehicles?

I'm wondering if clutch is necessary for all vehicles? I've noticed that it's present in both two and four wheelers.
7.6k views
Read More →
Archives

Honda Activa i Or TVS Zest - The Best 110 CC Scooter In India?

We've been comparing various 110cc scooters available in India for about Rs. 50,000 and have narrowed down on Honda Activa i and TVS Zest. Both the scooters are lightweight, offer...
8.1k views
Read More →
Archives