Raagavan Sivaraja · Mar 2, 2016
Rank D2 - MASTER
Drone manufacturer DJI announced their latest and the most advanced consumer drone ever, the Phantom 4. There are numerous enhancements that make Phantom 4 the best in the market yet. Best of them all is the computer vision which autonomously avoids obstacles. Five cameras on this drone work together with machine learning algorithms, so that the Phantom can decide based on the processed images of its surroundings. Though these obstacle-avoidance and route-planning are not new concepts, they have mostly been limited to prototypes and research demos. 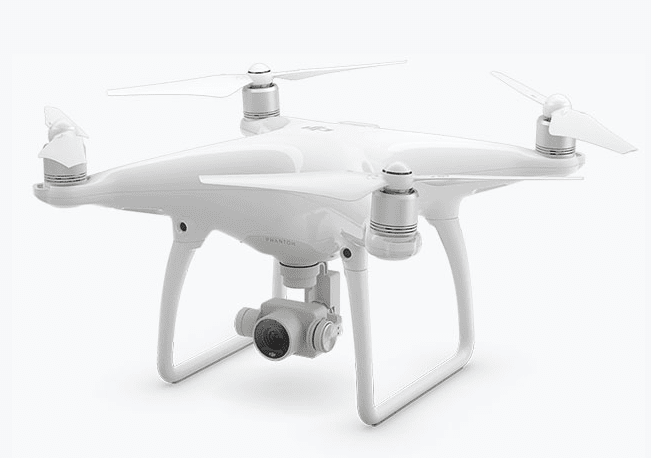 ​
Five purposeful cameras
The Phantom 4 is a quadcopter equipped with 5 cameras, 2 on the front, 2 on the belly of it, and the primary 4K camera. All the images from these 5 cameras are run through a computer vision software that processes them and 3D-maps the environment. Regardless of the mode the drone is flying on, it senses obstacles and either ascends to fly over it, or comes to a screeching halt instantly and hovers. The crash-avoidance can be turned off for expert flyers to get closer to obstacles.

Camera quality and video editing
DJI use their own camera on the Phantom 4, and is capable of making Hi-Res 4K videos, saved on a microSD card. The viewport of the primary camera is 60 degrees, with a 30 degree vertical view. The software has also been improved to provide better quality shots. These videos are certified to be edited in Apple iMovie.


​
Navigation and perfect orbit
Phantom 4 is driven by companion mobile apps available for both iOS and Android, and a dual-joystick remote. The ultrasonic sensors on the body of this drone allow it to hover in a more stable manner than its predecessors. In addition to that, flyers can fixate on a subject, and make the drone perfectly orbit that object, even if it is moving. This can also be performed by holding the sticks. If the object of focus is a human, the feature called ActiveTrack maps a 3D representation of that person, identifies from any side and follows that person. The Phantom can also tilt itself to gain aerodynamic advantage.

TapFly and waypoints
When the pilot taps positions on the screen, the drone will fly itself to that point via the shortest distance, and stop at an obstacle. While on the fly, you can also add more waypoints for the drone to fly by.

Speed and battery life
The battery has been upgraded to a 5350 mAh, a tad bigger than that of the Phantom 3, and flies for a straight 28 minutes on a single charge. That would be on the normal mode, in which the speed is 35 mph. The sports mode pumps more adrenaline into the Phantom, coaxing 45 mph out of it, and makes it ascend 20 feet in just one second. Though the sports mode might not be power-efficient, it surely is thrilling, which is perfect for junkies. The Phantom 4 weighs 1380 grams and can rise to 33 feet.

FAA registration and regulations on safe-flying
The United States Federal Aviation Administration recommends that all fliers are well-versed in the manual operation of drones, and in the event of an emergency, are capable of overriding the autopilot and take over manually. But the Phantom 4 empowers even the most novice of flyers to fly the drone and shoot amazing pictures, without using the sticks at all.
The FAA also requires drones of a certain size to be registered with them before using it outdoors, failing which, will result in a huge fine and possibly imprisonment. Here are the FAQ’s on drone registration with the FAA.

Pricing and availability
Considering that the Phantom 3 which is pretty much similar except for the computer vision, costs $800, the Phantom 4 is a bit pricey. It costs $1399, and will be available on DJI website and Apple stores starting March 15.

tommytrant20 · Mar 2, 2016
Rank D2 - MASTER
I leave it in better troops and fresh mini-robot hybrids can be airborne again
0 Likes