Ankita Katdare · Jan 22, 2014
Rank A1 - PRO
As the automobile companies in India and across the world gear up for the 2014 Delhi Auto Expo in India, Datsun - the automobile brand owned by Nissan Motor Company, has revealed the sketch of a concept car which is ready to be world premiered at the show. We have earlier told you about Nissan launching Datsun Go and Go+ in India this year. Now from the sketch that was unveiled, we can gauge that the concept car is a hatchback with good looks and resembles Ford EcoSport's bold and young design. The company shared that the Datsun Concept Car is aimed at the younger generation, so it might be full of the basic features and we can expect it to launch at an affordable price.

From the sketch you can see a SUV that can appeal to the Indian audience. Large sweeping headlights extending almost to the A-pillar and the gaping trapezoidal grille in line with the current Datsun design language give the concept a imposing stance. The proportions of the car in the sketch indicates that the car may be smaller than the Micra-based Datsun Go. Datsun says that the concept car represents a possible design direction for further expansion of the Datsun line-up in high growth markets like India. 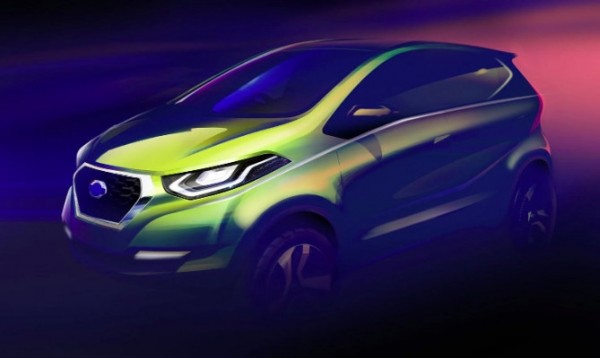 ​
The company is yet to reveal any details about the features and specs of the new concept car. But we now have all eyes set to the Delhi Auto Expo on February 5 and till then we can expect the see some leaks and more photos through the rumors. How do you like the idea of the new Datsun Concept car? Share your thoughts with us in comments below. Posted in: #Coffee Room
1 Like
@ A2A Reply

Shrikant Bedekar · Jan 23, 2014
Rank D2 - MASTER
Nissan has brought the datsun brand back to India. Hope this time it will do well, i like the brand.
0 Likes

Sarathkumar Chandrasekaran · Jan 23, 2014
Rank A2 - PRO
Its definitely a great design to grab Indian youths who aspire to buy a SUV which is stunning in look and best in performance.If it can come in affordable price, it can win many hearts.
If it comes with similar engines as in go and go+, we can expect a better competitor for Ecosport.
0 Likes