@Ankita Katdare • 15 Nov, 2013 • 2 likes
Honda India has now revealed that its new car - th next generation 2014 Honda City will have its launch in India on 25th of November. At the world premiere event, Honda will be showcasing its next-gen sedan. The new Honda City will also be featured in the 2014 Auto Expo. In fact, the official dealers across India have started taking pre-order for the car and they will be delivered to the buyers after the event. Coming in petrol and diesel variants, the 2014 Honday City features the 1.5-litre i-VTEC engine and the fuel efficient 1.5-litre i-DTEC engine respectively.

The new petrol motor produces 127 Bhp of max power and 154 Nm of peak torque and the 1.5 Liter i-VTEC engine that powers the City has a max output of 118 Bhp-145 Nm. It is being talked about that the new Honda City features a completely revamped look and comes with bigger wrap around clear lens headlamps with projector lights, new LED tail lamps, prominent creases and others. The popular sedan in India is based on the Jazz platform and according to the company it will sport redefined automotive design and technology. 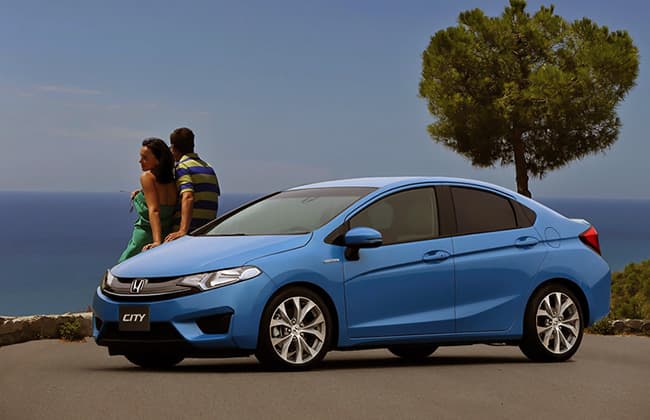 The new Honda City is going to be launched amidst a lot of expectations in India. What do you think about the features of the 2014 City? - Share your thoughts with us in comments below.
@Saandeep Sreerambatla • 15 Nov, 2013 I was a very big fan of Honda Civic , the elegance of it is unmatched. After new honda city is released it has got lot of positive reviews for the look. Performance honda is never into bad category in that.

Car looks sleek and wonderful, I know its a high segment car, but I love to buy this some time in future 😀
@prahu mac • 18 Nov, 2013 nice car by honda!!!!!!
@Ankita Katdare • 18 Nov, 2013 Okay, here is some news - Honda Urban SUV, which is now being called the CR-U will be unveiled tomorrow at the Tokyo Motor Show in a production ready format along with the new 4th gen City sedan. Both based on the new Jazz/Fit platform, the two new cars will arrive in India next year at the 2014 Delhi Auto Expo.
@Ankita Katdare • 25 Dec, 2013 Could anyone share the latest photos of Honda City 2014 here?
@lovebox • 27 Dec, 2013 There is something about this car that impulsively draws me towards it, and there is not much I can do about it.
@Anil Jain • 28 Dec, 2013 • 1 like

Ankita Katdare
Could anyone share the latest photos of Honda City 2014 here?

The most important thing i can say of is, they are keeping the price in check..
New features: Electronic sun roof, rear aircon vents, touch panel auto AC, smart key entry system.