@Ankita Katdare • 10 Jun, 2014 • 1 like
XOLO has launched a new smartphone in the Indian market called the 'XOLO Q1200' that features some new functionalities. The first one to be highlighted by the company is 'Gesture Control' - Users can wave their hand on the smartphone to unlock it, browse pictures, jump music tracks and even change videos without touching the screen at all. The Voice Recognition Technology that comes inbuilt with the XOLO Q1200 lets you accept or reject and can even snooze alarms just by saying it. Thanks to dual window operation mode, users can access and pin their favorite apps on this smartphone via Float Task.

Another feature that the company boasts off about the XOLO Q1200 smartphone is its 'Cold Screen Access' feature. The 5-inch HD IPS display with 1280 x 720 pixel resolution on this device is protected using the Corning Gorilla Glass 3 and gives the user comfort of reading as it stays lit till the time you are reading. Running on the Android v4.2 Jelly Bean OS which is upgradable to 4.4 Kitkat, the Q1200 phone is powered by a 1.3 GHz Quad Core MTK 6582 processor and a Mali 400 graphics core. 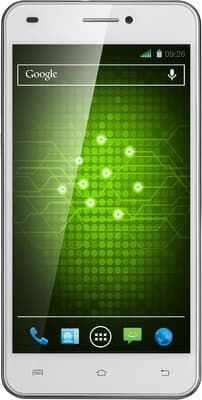 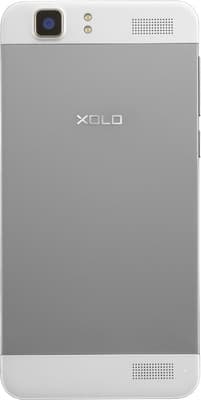 ​
On the phone's body that measures - 144.8 x 71.4 x 6.85 mm, you will find a power key, a volume rocker, a micro SIM card slot, micro USB pin, microSD card slot and a 3.5 mm audio jack. Alongside 1 GB RAM, the user gets 8 GB internal memory expandable up to 32 GB. There's a 8 megapixel camera with Exmor R sensor on the rear and a 2 megapixel one on the front. The rear camera supports flash, auto focus, FHD 1080p video recording, as well as features such as - Scene detection & tuning, High Dynamic Range (HDR), Low Light enhancement, Face recognition (For focussing as well as in Gallery), Vertical & Horizontal Panorama capture and Geo tagging.

The smartphone is priced at Rs. 13,999 in India and is available with major e-retail stores such as Snapdeal and Flipkart. How do you like the specs and price of the new Android phone? Share with us in comments below.

Source: XOLO Q1200
@Rajni Jain • 11 Jun, 2014 With the launch of this phone, XOLO will surely gave a tough competition to other mid budget mobiles. XOLO Q1200 is comparable to Micromax Canvas Turbo mini and Motorola Moto G with slight difference in price.(Rs. 1000)

Here you can compare all three mobiles if you are planning to buy one of them:-

How to Format a Pen drive on Mac OS X?

I just figured out how to format a pen drive on a Mac. I hope this will be of help to all the newbies with Mac. 😀 1. Plug the...
11.5k views
Read More →
Archives

I have been tracking the placement process at L&T Infotech and found that the haven't made any major changes to their company's recruitment process. The usual round include: Aptitude test...
8.2k views
Read More →
Archives