Xiaomi Redmi 5A Is Better & Cheaper Than Its Chinese Cousin

Satya Swaroop Dash · Nov 30, 2017
Rank A3 - PRO
Xiaomi is giving its best to become the biggest smartphone manufacturer in India. Last month it took on Oppo and Vivo with its selfie centric offering, the Redmi Y1 and today it has managed to take on the budget offerings of Motorola and Samsung at the Rs. 7000 price range by introducing what it calls “Desh ka smartphone”. The Xiaomi Redmi 5A was launched today in India and from the outset we want to point out that it is slightly different from the Redmi 5A which was launched in China. 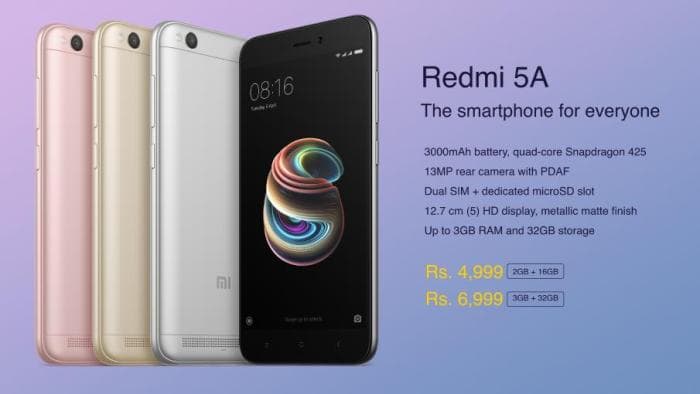 ​
For starters, the Indian Redmi 5A variant will have a new type SIM and microSD card slot. You have one tray that accepts a nano SIM and microSD card and another tray just above it which accepts another nano SIM card. This is a relief of Xiaomi fans who were frustrated with the hybrid SIM setup of the earlier phones. Another difference is that the Xiaomi Redmi 5A which will be sold in India will also have a 3GB RAM + 32GB internal memory variant along with the 2GB RAM + 16GB internal memory variant. 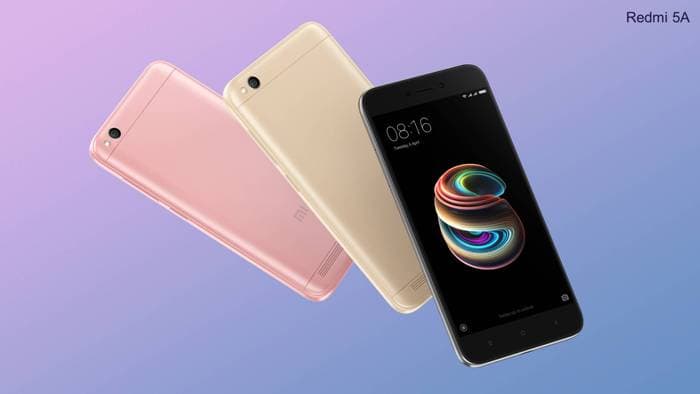 ​
The Xiaomi Redmi 5A has a 3000mAh battery which can easily last for two days on average use. Just like its predecessors the Redmi 5A comes with an IR blaster which has become a staple for all Xiaomi smartphones. The Xiaomi Redmi 5A will be assembled in India at the Foxconn facility. Finally we arrive at the most important part of any smartphone announcement, the pricing and availability. The Xiaomi Redmi 5A will be priced at Rs. 5999 for the 2GB RAM + 16GB internal memory variant and Rs. 6999 for the 3GB + 32GB internal memory variant. But wait, as a gift to Xiaomi fans, the company has decided to give out a discount of one thousand rupees on the 2GB + 16GB variant thus effectively bringing the price to Rs. 4999 for the first five million buyers. The Xiaomi Redmi 5A will go up for sale online on the Mi website and Flipkart and offline at retail partners and Mi Homes from 7th December at 12 noon.