Raagavan Sivaraja · Jan 12, 2016
Rank D2 - MASTER
Periscope is a live video streaming app which Twitter acquired even before it was launched. But till now, not many people know it is owned by Twitter because there was no close integration between the two apps till now. Today, Periscope and Twitter announced on official blog posts that live and replay videos from Periscope will now be embedded directly into the Tweet. 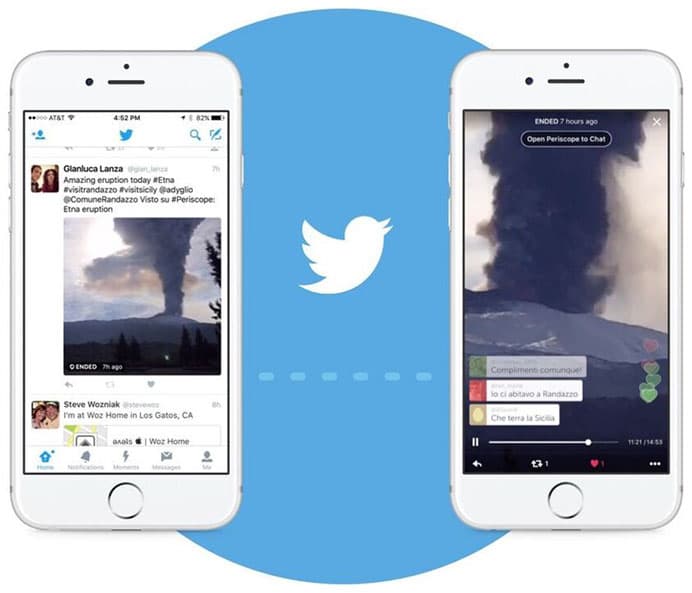 ​
Till now, broadcasts shared on Twitter displayed only a screenshot from the video and the link to it which opened in the Periscope app. Now, users can view those broadcasts right from within Twitter app. At least to iOS users for a start. Android and web platforms to receive updates soon.

This comes as a good news for broadcasters as they can leverage the virality of tweets. To Twitter audience too, this adds a third dimension to tweets, beyond images and text. Streaming videos on tweets begin playing automatically when the tweet is in the viewport, and tapping on the video opens it up in fullscreen. There is also an option to switch to Periscope for chatting.


​
Periscope claims over 100 Million videos have been broadcast since launch, and has won the most prestigious design award there is; Apple’s App of the year. Twitter’s growth has not been doing all that well lately, and this merger with Periscope, even if not a life-saver, could elevate experience for Twitter users. Interestingly, Vine is also owned by Twitter, which opened up video advertising avenues for Twitter.