@Ankita Katdare • 12 Mar, 2015 • 1 like
Triumph Motorcycles has unveiled two new bikes in India with Triumph Tiger 800 XCx and Tiger 800 XRx. Both the bikes were showcased at the India Bike 2015 event in Goa only a few days earlier and now the company has announced the official launch of the bikes in the country. With only a little price difference, the XRx model is being launched at a price of Rs. 11.6 lakh, whereas the XCx bike is priced at Rs. 12.7 lakh. Both the Tiger 800 models feature an 800cc liquid cooled, DOHC, inline three cylinder engine (mated to a 6-speed gearbox) that delivers max power of 95PS (70KW) @ 9250 RPM and max torque of 79 NM @ 7850. Let's take a look at all the highlighted features. 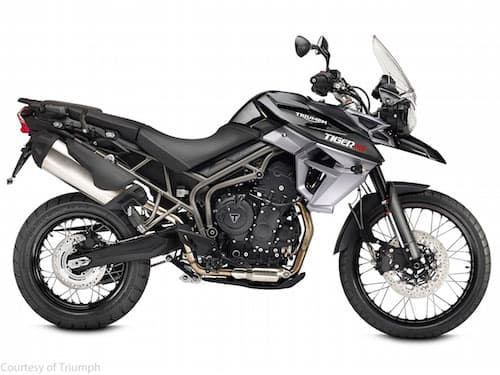 Tiger 800 XCx​
Both new Triumph Motorcycles' variants feature four different throttle maps, cruise control, advanced trip computer, switchable ABS, Road and Off-Road riding modes, three configurable rider riding modes - ROAD, OFFROAD and Programmable RIDER MODE, auto cancel indicators, hand guards and a 12V auxiliary power socket. If we take a look down the specifications list and try to sort out the differences between the two variants, we find that the Tiger XCx bike is preferred for intense off-road duties and features accessories such as aluminium sump guard, engine protection bars, spoke wheels and WP-sourced front and rear suspension. While this is the case with 800 XCx, the Tiger XRx is more of a touring bike that comes with adjustable front windscreen alloy wheels and suspension from Showa. 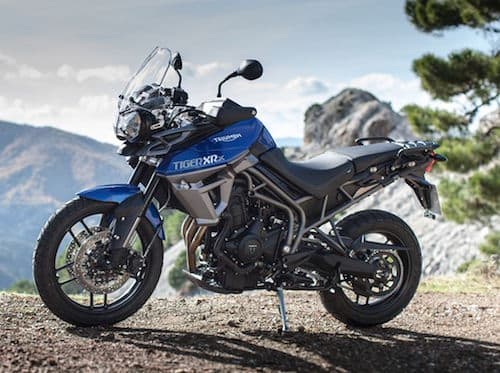 Mr. Vimal Sumbly, MD at Triumph Motorcycles India believes that the growth in the adventure category in the Indian market has been phenomenal in the recent times. The company has not only sold more than 1,300 motorcycles in its first year of launch, but also opened 10 dealerships across the country, while 2 more are coming up soon. That's all about the features and specs of both the bikes and their pricing details. We would love to know your thoughts on each of them. Share with us in comments below.

This 8085 Online Simulator is simple and easy to work with. Here: 8085 Online Assembler and Simulator Here's what you need to do: Enter the code as shown in the...
24.7k views
Read More →
Archives

Just a couple of days back we told you about the Lenovo Ideapad A1000 launch in India and now we're back with some more news from the Chinese manufacturer. It's...
4.4k views
Read More →
Archives

What happens when petrol is injected in diesel engine?

can please explain what will happen when petrol is injected in Diesel engine this is my lab viva question what i got
8.2k views
Read More →
Archives