The Michigan Micro Mote (M^3) is arguably the world's smallest autonomous computer that can do a lot of stuff for its size. Result of about a decade of research and development at the University of Michigan, the Michigan Mote opens up new avenues towards the world of Internet of Things (IoT). For the record's sake, the M^3 is so small that it can be confused with a grain of rice. The official dimensions point at 1 millimetre cubed form factor of this computer. That's quite awesome, because like any other regular computer, the M^3 can be programmed, charged via light and shows promise of industrial use.

If you thought that IoT is the future, you surely are from the past. The world's already on the verge of having everything connected - right from your ball pen to your toilet paper dispenser. It requires no special imagination to understand that as more things get connected with each other, the size of computers operating behind the scenes must be smaller. Despite its small form factor, the M^3 can click pictures, record temperature variations and also log pressure readings. The research team intends to embed this microcomputer into various applications for potential use in medical and industrial applications. 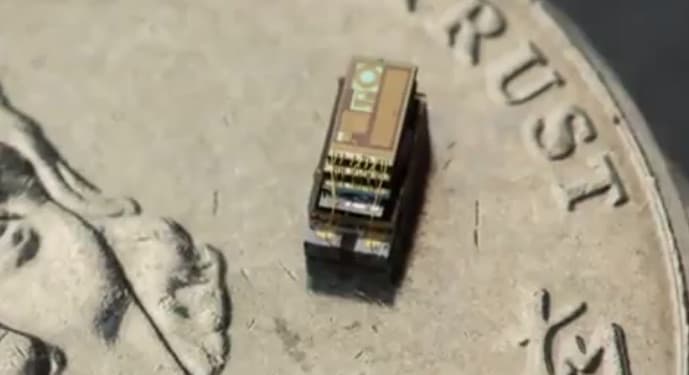 ​
The researchers say that the Micro Mote can be injected into body to perform various medical procedures like ECG, noting down the pressure and temperature at various locations within your body and provide very critical information to the doctors. One of the biggest hurdles in designing the computer of the size of the Micro Mote was to bring down the size of batteries. With no facility to accept inputs from keyboard and mouse, the M^3 uses light thrown at it at high frequencies. It uses radio frequencies to send the vital information back to the central control computer.

The little computer is ready for production and the next milestone for the engineering team is to create even smaller computers; which they call 'Smart Dust'. Have a look at this video that talks about the Micro Mote -

Developed and launched by Stanford University students in the year 2011, the photo messaging application Snapchat has been quick to rise to fame in the last couple of years. The...

hai all i completed the fabrication for the mechanically lpg gas cylinder drain monitor using springs and FESTO Round Cylinder DGS-16-25-P 9124 the indication is by the oil in the...

I've always wanted the Indian Government to come up with an emergency number that gives you access to all the services like Police, Fire, Ambulance etc. The TRAI (telecom regulatory...

How to take exam for subjects you don't like?

How do take the exams when you dont like that subject

Intex Technologies has been steadily building its Android smartphone portfolio in India and to pump up the competition even further it has launched a new phone titled Intex Aqua Speed...