@Ankita Katdare • 25 Apr, 2015 • 1 like
A lot of buzz got around as TATA initiated a campaign called # WeTheNanoGen as it was prepping to take the wraps off the latest variant of its people's car, now called, GenX TATA Nano. Though the car is set to be launched in May 2015 (2nd May being a probable date), the company has revealed its images via their social media accounts on Facebook and Twitter. The new facelift version of Nano is called the 2015 GenX Nano Easy Shift and it is slated to feature (AMT) Automated Manual Transmission. In the first version of Tata Nano, many consumers had lodged serious complaints against the car. However, in subsequent versions (Nano CNG eMax and Nano Twist XT) the company did its best to feature improvements. With Nano GenX Easy Shift, the company hopes to remove all setbacks and is leading people to have high expectations from the small car. 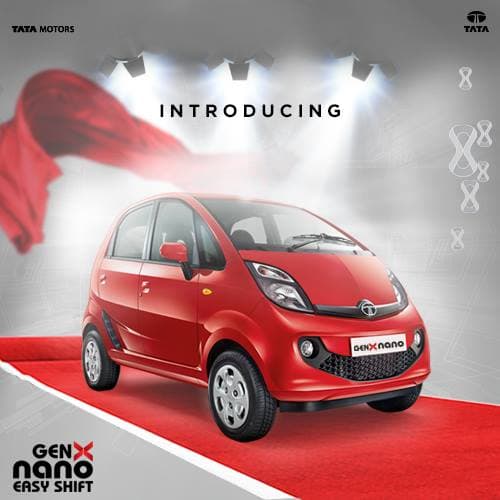 ​
It goes without saying that the Nano GenX will be the most affordable car in India featuring automatic transmission given the track record of the company sticking to its 'cheapest' label. The major highlights to look forward to are the cosmetic changes to the car and some modifications in specs. For instance, as you can see from the image below, the car comes with the bright Sangria red colour, ear-to-ear wide bumpers and a functional tail gate (a feature that's a relief because riders no more have to fold the backrest to load/remove the luggage, even though there's no mention of increase in boot space). We hear that 110 litres of luggage space has been promised. 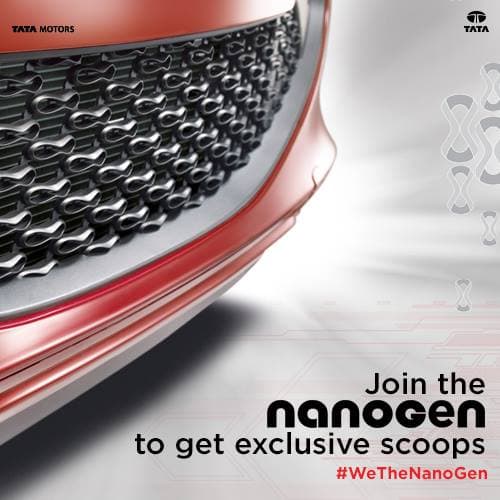 ​
Speculations suggest that the GenX Tata Nano variants will be XE, XM, XT (Manual) and XE, XT (Automatic). The Nano variants are said to offer a mileage of 21.9 kmpl and a significantly increased fuel tank capacity of 24 litres.

Some reports reveal that the Nano GenX AMT will get the same 624 cc MPFI petrol engine that delivers power of 37.5 bhp and a max torque of 51 Nm. Talks about the arrival of a 'creep function' are also making rounds. This function is said to be really helpful for those commuting daily in heavy traffic as it makes the vehicle crawl after releasing the brakes without the use of the accelerator.

The company has started taking booking for the next generation Tata Nano with a down payment of Rs. 5,000. The company has also introduced a scheme for existing Nano owners. Called 'Power of 1+1', this campaign lets you get the best exchange price for their cars in addition to a special loyalty bonus of Rs. 20,000. So as to increase it sales, Tata has also made tie up various financial institutions that will offer the best interest rates for those taking car loans.

That's all we know about the GenX Nano so far. We've heard that in addition to the bright red seen in the picture, the car will also be offered in white, gold, blue, purple, silver and red color options. We will update the topic to add more details as the launch becomes official. Till then, let us know your thoughts about the new Nano in comments below.
@Ankita Katdare • 26 Apr, 2015 Any thoughts about the new GenX Nano folks?
@Sarathkumar Chandrasekaran • 26 Apr, 2015 Keeping up the promise makes me a TATA fan. They were always striving best to make a note and it seems they are meeting the targets.
@Divyaprakash KC • 27 Apr, 2015 • 1 like

Ankita Katdare
Any thoughts about the new GenX Nano folks?

How to change college after first year?

Hello Friends, I am doing BBA. Recently, I complete my First year and Now I get the admission in Second Year.... and i want to change my College.. So, here...
4.3k views
Read More →
Archives

CEans, One of my friends forwarded few questions asked by Google to candidates in interviews. I'm not sure if Google really asked these questions, but I thought it would be...
5.1k views
Read More →
Archives

What is the relation between pressure and velocity in fluids?

It is a known fact that as the velocity of a fluid increases the pressure decreases accordingly.It can be easily explained for a varying diameter pipe.But for a constant diameter...
41.7k views
Read More →
Archives

How can we design a screw which can be tightened only? I want to know about the design and model of it. The screw should not be loosened.
8.6k views
Read More →
Channels
👨‍💻 Remote Jobs 🗞️ News 🚀 Founders Circuit 🗄️ Archives ✨ Newsletter 🕹️ Changelog
About · Privacy · Terms of Service · Contact Us · © 2005 - 2022 CrazyEngineers. All rights reserved.