Rucha Wankhede · Jan 5, 2018
Rank C1 - EXPERT
Gone are the days of dull metallic droids made of rigid materials. In a new work coming from University of Colorado Boulder, researchers have developed a new class of soft, electrically activated devices capable of mimicking the expansion and contraction of natural muscles as a part of next generation of robots. The robots made from soft materials, react to applied voltage with a wide range of motions. 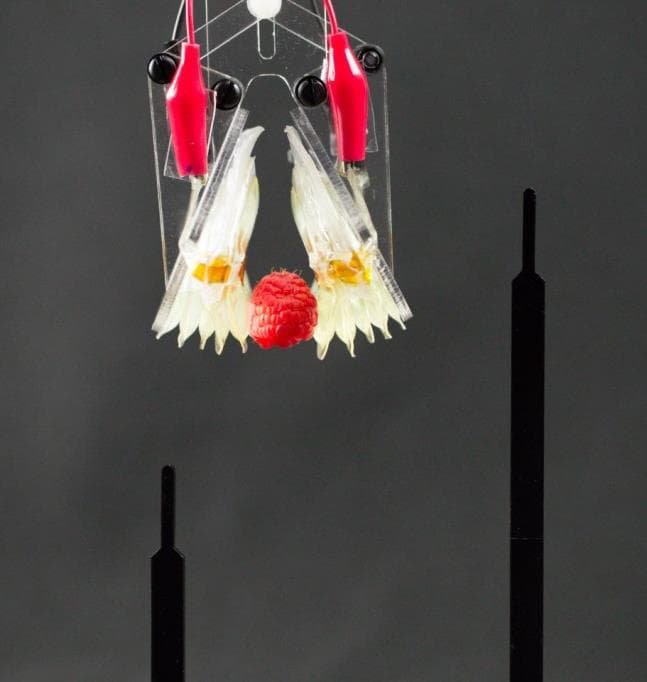 ​
The work is touted to be a major achievement in the field of ‘soft robotics’ since the lack of actuators or artificial muscles which could replicate the versatility and performance of the real thing, is what had plagued the arena since long. With the advent of this research, the next-gen robots would be able to self-sense their movements and self-heal from electrical damage drawing inspiration from the fantastic capabilities of biological muscle. Major component in these human-like robots, are the newly developed hydraulically amplified self-healing electrostatic (HASEL) actuators that shun the bulky, rigid pistons and motors of conventional robots for soft structures that exceed or match the strength, speed and efficiency of biological muscle.

These actuators are like one complete package reproducing the adaptability of an octopus arm, the speed of a hummingbird and the strength of an elephant, quoted the researchers. The HASEL actuators are of three designs- one can be described as that of a donut-shaped elastomer shell filled with an electrically insulating liquid (such as canola oil) and hooked up to a pair of opposing electrodes. Another is made of layers of highly stretchable ionic conductors that sandwich a layer of liquid and expands and contracts linearly upon activation.

A muscle-like electrical actuator developed by researchers
​
Yet another design is dubbed as a Peano-HASEL actuator, consisting of three small rectangular pouches filled with liquid, assembled together in series. The polymer shell is made from the same low-cost material as a potato chip bag and is thin, transparent and flexible. On application of a voltage, these contract, much like biological muscle, making them especially attractive for robotics applications.

The versatility and simplicity these next-gen robots with HASEL technology are very well suited for widespread industrial applications, both now and in the future. The soft devices are equipped to perform a variety of tasks, including grasping delicate objects, such as a raspberry and a raw egg, as well as lifting heavy objects. Moreover the materials used are low-cost (around 10 cents), scalable and compatible with current industrial manufacturing techniques.

As a part of future program the researchers will attempt to further optimize materials and explore advanced fabrication techniques in order to rapidly enable practical applications with apt commercial opportunities. The work has been published in the journals Science and Science Robotics.