Smriti Jha · Apr 10, 2013
Rank C3 - EXPERT
Television may be seeing its next big transition with the influx of Smart TVs since Liquid Crystal Displays. The popular Korean giant has enjoyed huge success with smartphones in India and is now introducing 20 new smart televisions with quad-core processing. Riding high on the world-wide success of F8000 and F7500 smart TVs, Samsung has reason to believe that their products will click with the target audience and should constitute for twenty percent of their wholesales of televisions in India. Smart TVs, often referred to as Hybrid TVs or connected TVs offer an integration of internet and Web 2.0 features into television sets or set top boxes. This allows users the luxury to browse for videos, movies, photos on satellite TV channel or cable TV. 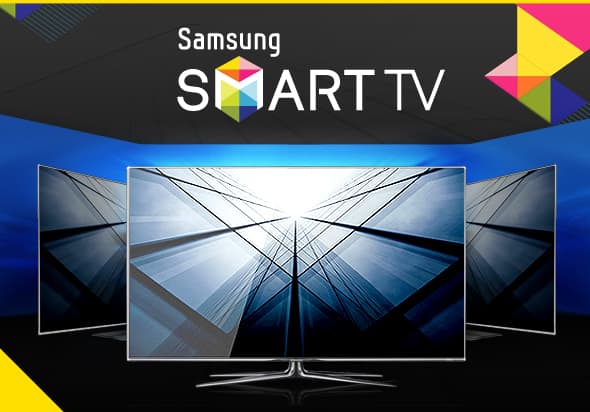 The F8000 is the company's flagship full HD model and includes catch-up services, on-demand movies and web shortcuts. It's capable of stunning picture quality with wide-viewing angles. Most of the smart TV models were recently showcased at the CES 2013 held in January. Many interesting features, such as S Recommendation, that allows the user to speak to the TV and explore shows, and the new interface, Smart Hub, which allows easy browsing, were introduced. The quad-core processors also promise an upgraded hardware performance and enhanced controls. The prices haven't been revealed for the domestic launches yet, but we should see the TVs in stores soon enough to find out.

Anand Tamariya · Apr 11, 2013
Rank B2 - LEADER
I wonder why don't they just sell large displays. I'd rather have my computer drive dumb displays than let an intelligent TV being driven by a set-top box.
0 Likes

Jeffrey Arulraj · Apr 11, 2013
Rank A2 - PRO
Smart Tv's get smarter But is the income of the commoners becoming more adequate to afford for the smarter TV's
0 Likes

Kaustubh Katdare · Apr 11, 2013
Rank A1 - PRO
Well, I've had an opportunity to get a demo of Samsung Smart TV and I must say I'm impressed. Samsung knows the display technology very well. The TV's price was way beyond anyone's reach - I was told the 40"+ (don't remember exact dimensions) would cost over Rs. 2,00,000. But the picture quality was more awesome than what I've seen till now.

I agree with Anand Tamariya that Samsung should produce better displays without the smart TV functions. I'd definitely use it with a Mac Mini or just attach my Windows Machine to it.
0 Likes

Smriti Jha · Apr 11, 2013
Rank C3 - EXPERT
Anand Tamariya That is the consensus, trust me. Especially when the upgrade costs come in.
0 Likes

[Prototype] · Apr 13, 2013
Rank B1 - LEADER
Now, they are doing over. Why in the world would a TV require a Quad core processor? To me it just seems to be a marketing hype.
0 Likes

[Prototype]
Now, they are doing over. Why in the world would a TV require a Quad core processor? To me it just seems to be a marketing hype.

Processor, I agree, but QUAD CORE processor is just too much even for over-smart TV.
0 Likes

Anand Tamariya · Apr 14, 2013
Rank B2 - LEADER
Smart TVs don't need multi-core CPUs more than smart phones do - and no, phones haven't turned over smart yet. But if it can be done, it will be done especially considering the premium people are willing to pay.
0 Likes