@Kaustubh Katdare • 09 Jul, 2013
Samsung Galaxy S4 Mini price in India is Rs. 27,990 and those who didn't want to break their banks may look forward to acquiring this mini-pack for lesser price. But the price-cut means you will have to let go of some hardware and software awesomeness of the big brother, the Galaxy S4. Considering the official price difference between the S4 and S4 mini (in Indian markets) to be about Rs. 13,500; let's see if buying the phone makes any sense. Of course with the 'mini' branding, Samsung is offering this phone as smaller, affordable alternative; we'd want you to know what you'd be missing out on. 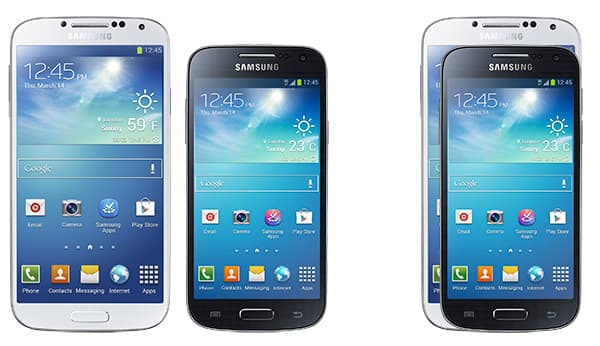 The Galaxy S4 mimics the looks of S4, but it has a smaller form factor (see pic). The phone's got a 4.3" SAMOLED screen with qHD resolution. The display is crisp and is pleasing to eyes. Under the hood, the S4 mini has a 1.7 GHz dual-core processor, 1.5GB of memory (RAM) and 8GB of internal storage capacity. There's an 8MP camera on the rear and 1.9 MP camera on the front. The whole unit is powered by a 1900 mAh battery. On the software front, the phone relies on Android 4.2.2 Jelly Bean with a layer of TouchWiz UI (Samsung's proprietary) and includes apps like S Health, S Translator, Sound & Shot, Panoramic Shorts, Story Album etc. 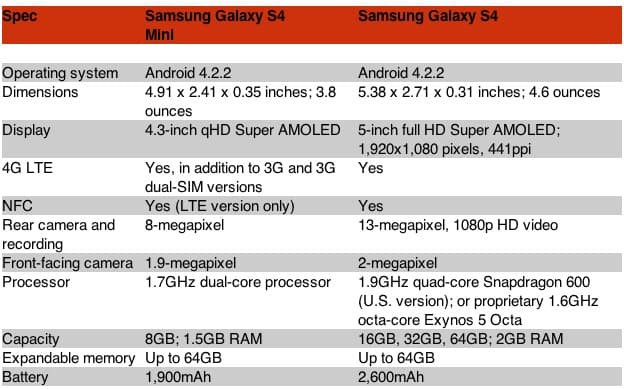 ​
Courtesy: CNET​
​
The major differences include a smaller resolution screen with lesser pixel density, degraded camera (but it should take nice snaps), a slower processor, lower RAM and battery capacity. What surprises us is that the phone's doesn't match up with S3; but Samsung's decided to launch it at a higher price in India. Flipkart's listed the S3 for Rs. 26,999. ​
​
Overall, if you were to buy a new phone, we'd recommend opting for S3 over the S4 Mini. It'd be interesting to know what do our CEans think about the phone and its pricing?​
​
​
@Abhishek Rawal • 09 Jul, 2013 • 1 like Does S3 runs on Exynos 5 ? (I don't remember the specifications of S3)
Does it has sAMOLED with 441 PPI ? (I am quite sure they don't have ditto specs to that of S4 mini when it comes to screen & processor)

Abhishek Rawal
Does S3 runs on Exynos 5 ? (I don't remember the specifications of S3)
Does it has sAMOLED with 441 PPI ? (I am quite sure they don't have ditto specs to that of S4 mini when it comes to screen & processor)

Samsung,Show me something ill that I haven't seen ! 😡

Then Firefox is the best choice for you. Let's wait for SONY's new Smartphone based on Firefox. 😀
@Anoop Kumar • 10 Jul, 2013 What is the problem with Samsung not launching 4.3/4.5" screen with full HD screen.
@29-30K with full HD would beat any phone.

Edit:
Just realized it's not even 720p😨.
Is Samsung becoming yet another over confident Apple.
@Abhishek Rawal • 10 Jul, 2013

Harshad Italiya
Then Firefox is the best choice for you. Let's wait for SONY's new Smartphone based on Firefox. 😀

No, Harshad bhai. I love Android. I am bored of same designs by Samsung. I wanna see some new curves, you know.
BTW Is there any official news on Sony's FF phones ? 👀
@Sarathkumar Chandrasekaran • 10 Jul, 2013 For a price of 27+ k there are ample amount of phones there out in the market with great features.
Will you invest on the gadget?
Think twice before you buy so that there will be a new gadget out there for making you madddd
@Kaustubh Katdare • 10 Jul, 2013 I know that the company wants to attract larger audience to the Galaxy brand but then the pricing has to be reasonable. The mini variants should be launched below Rs. 20,000.
@Anoop Mathew • 25 May, 2014 • 1 like Now the price of this device is reasonable - Rs17900/- as of today at Kochi. And I had a brief hands-on with it. Good compact design. Liked it instantly over to the bulkiness of the Moto G (plus Grip cover). Thinking of getting this one over to Moto G because of that 'extra' resale value assurance, 'non-online' purchase option and removable battery option, plus microSD card bonus. 😘

It was much better back before 2000 when we used to study India with fewer states. Now, just for my reference, and also for everyone else who's finding it hard...
3.7k views
Read More →
Archives

Career options after B.Tech computer science if a student is not good in programming

Having seen the state of final year students and the IT industry trainees first hand, I know that there are people who just don't get the hang of programming. They...
120.2k views
Read More →
Archives

How to estimae total number of brick required

Hi all, I am making a Digital Clock. For this purpose, I need a 1 Hz signal to insert as a Clock for 'Seconds' portion of my circuit. How to...
1.4k views
Read More →
Archives