@Kaustubh Katdare • 14 Jun, 2013 • 4 likes
Say hello to Google's Project Loon - a project that aims to provide Internet all over the world via a ring of balloons floating in the sky, about 20 kilometers above the ground. It's not April 1 and Googler's at Google X Labs are damn serious about this crazy idea. What they propose to do is equip each of these balloons with sophisticated transmitters and receivers so that they can communicate with each other and also with the ISP and Internet subscribers on the ground. Each home will need a special antenna mounted on the rooftops to receive the signals. The project will allow rapid penetration of high-speed Internet all over the world at a very economical cost. We'd assume that deploying & maintaining an array of large number of balloons in the stratosphere is arguably cheaper than laying out optic fiber lines. Google Fiber engineers might want to keep a closer eye on Project Loon. 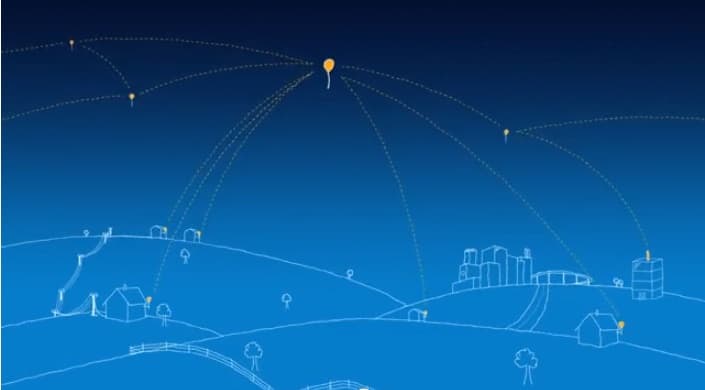 The project however, is in the very initial stages, like the Google's driverless car; says the team. Google's engineers have already built the system prototypes and it's similar to current generation of 3G connections (or a bit faster). The bigger challenge is to maintain the connectivity among the ballons and the ground stations because the ballons wil constantly drift. Google's built complex algorithms to ensure that the movement of balloons won't affect the network and everyone stays connected.

The balloons and the accompanying electronic devices will be powered by a combo of wind & solar power. The antennas on each of the ballon are very different from our regular cellular or Wi-Fi antennas and are designed to work only with Project Loon.


​
​
Wired reports that the Project Loon began a little over two years ago. The engineers began working on polyethylene balloons which can carry the total payload of 22 pounds to stratospheric heights. A pilot program being carried out in New Zealand at Canterbury has about 50 testers and have launched 30 balloons in the last week. The balloons stay up at a height way above the normal heights at which airplanes fly so they don't interfere with flying machines and their communications.

We're totally excited by what's cooking up at Google. There's no doubt that this is going to be a huge engineering challenge and a project we'd definitely love to follow. We're quite sure that if the project reaches a commercial stage and actually starts powering Internet connections worldwide; NSA's job would be a lot easier - and we won't be surprised that every 20th ballon in the air will be NSA's.

Do let us know your comments, thoughts and opinions about Project Loon. In the mean-while, we enjoy the blue skies while they last.

PS: We think we found the origin of these ideas. Check out following hilarious video on how cloud computing and mobile communications 'work' (or supposed to work in future).

By the way, great project by Google but, I wonder :
- How is it possible to make balloon fly & remain still at x position ?
- Won't natural calamities like cyclones will affect these balloons ?
- Transmission of packets from about 20 KM, do you think it's secure ?
@Kaustubh Katdare • 15 Jun, 2013

Possibilities are limitless, you see 😉
@rahul69 • 16 Jun, 2013 It really looks like a promising project! but maintaining so many balloons for long periods could be a challenge. Lets hope it works 😁😀
@arunchary • 17 Jun, 2013 wow,its very cool project,so that everyone can updated in seconds with technically and all other aspects of information. lets hope it will be in positive phase......
@lal • 17 Jun, 2013 Why does google want to track all the internet using human beings over the earth? 😁

Beware google: I'll shoot down any of your balloons that will fly over my house 😛
@lovebox • 19 Jun, 2013 I am not sure if anyone checked the video link in the post-script (the one in which Vishwabandhu Gupta explains the concept of Cloud computing, moblie communications and recycling of used mobile phones).
If you do decide to check it out, please make sure that you take a back-up of all the data in your brain as this guy's thoughts will surely send your brain out-of-order and might corrupt the data contained therein. 😁 😁
Was just wondering,😨 how could this guy manage to become the Income Tax Commissioner?
Hilarious, really.
Good job @Kaustubh Katdare. 👍
@Kaustubh Katdare • 26 Jun, 2013 Alright, the latest update is that the project may soon come to India! 😏 As the test pilot matures, it will leave the boundaries of New Zealand and will spread across other countries and according to Microsoft officials, India's one of the countries in Google's list.
@Ashraf HZ • 09 Jul, 2013

Kaustubh Katdare
Alright, the latest update is that the project may soon come to India! 😏 As the test pilot matures, it will leave the boundaries of New Zealand and will spread across other countries and according to Microsoft officials, India's one of the countries in Google's list.

Concepts of Turing Machine as Acceptor, Techniques for TM Construction in the Theory of Automata, Formal Languages and Computation were neatly explained by Prof.Kamala Krithivasan, Department of Computer Science and...
3.5k views
Read More →
Archives

friend i need the themes for electrical enginrg pls give me some awesome themes ;so that i can prepare for our dept funtn ;its my duty now
3.7k views
Read More →
Archives

Please can you able to put up some interesting(even if it is difficult its ok) project topics on IMAGE PROCESSING.I am really in need for this.Please give some ideas.
3.8k views
Read More →
Archives

Greek Philosophers Puzzle: Why did he stop laughing?

One day three Greek philosophers settled under the shade of an olive tree, opened a bottle of Retsina, and began a lengthy discussion of the Fundamental Ontological Question: Why does...
3.9k views
Read More →
Archives

Vehicle that runs both on Petrol and Diesel - is it possible?

Is there any researches going on by the Scientists , discovering a Vehicle that runs both on Petrol and Diesel ..? If No , Then Why Dont they ..?
8.7k views
Read More →
Channels
👨‍💻 Remote Jobs 🗞️ News 🚀 Founders Circuit 🗄️ Archives ✨ Newsletter 🕹️ Changelog
About · Privacy · Terms of Service · Contact Us · © 2005 - 2022 CrazyEngineers. All rights reserved.