Debasmita Banerjee · Feb 4, 2016
Rank B3 - LEADER
A group of scientists from the University of Arkansas has developed an artificial material that is said to have a structure similar to that of Graphene. Instead of Carbon, the new material consists of transition metal atoms arranged in a honeycomb-shaped lattice. The research was funded jointly by the Gordon and Betty Moore Foundation and the Chinese Academy of Science.

Discovered in 2004, Graphene is a one-atom-thick sheet of graphite- an allotrope of Carbon. Contemporary use of graphene can be seen in electronics, biological engineering, filtration, in lightweight and strong composite materials, photovoltaics and in energy storage. Graphene transistors are potentially faster and more heat tolerant than today’s silicon transistors and may be used as the future constituent of next generation computer chips. 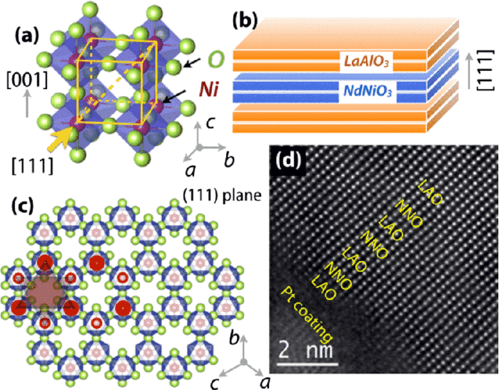 Researchers replaced the carbon atoms in the crystalline structure of graphene by experimentally incorporating transition elements in them. Surprisingly, the foreign elements bonded successfully with the atoms and gave rise to a stable structure.

The research findings were reported this week in Physical Review Letters, a journal of the American Physical Society titled “Mott Electrons in an Artificial Graphene-like Crystal of Rare Earth Nickelate”.

Watch the next big thing here: