Ankita Katdare · May 5, 2015
Rank A1 - PRO
OPPO has kept mum about its new smartphone OPPO R7 for a while now. There have been number of leaks and rumours about the phone, however none of it went official, until now. OPPO has tweeted an image of the phone's side to confirm that it has a metal unibody design. Moreover, folks over at Weibo got their hands on the R7's specifications list as the phone passed through the Chinese certification agency TENAA yesterday. It is now being said that OPPO R7 sports a 6.3 mm body. There are reportedly going to be two variants of the phone - One with a 1.5 GHz Qualcomm Snapdragon 616 Octa-core processor and another one with a MediaTek Octa-core 1.7GHz MT6752 processor.

The image below was tweeted by OPPO official twitter account. It is anticipated that a 2.5D glass is used over the display panel. The phone could be running over Android v5.0 (Lollipop) OS and 2 GB RAM. The screen might be made safe with Corning Gorilla Glass 4. There are also rumors of a 20 megapixel rear camera and 5 megapixel front snapper. Other than that, not many details have been revealed yet. 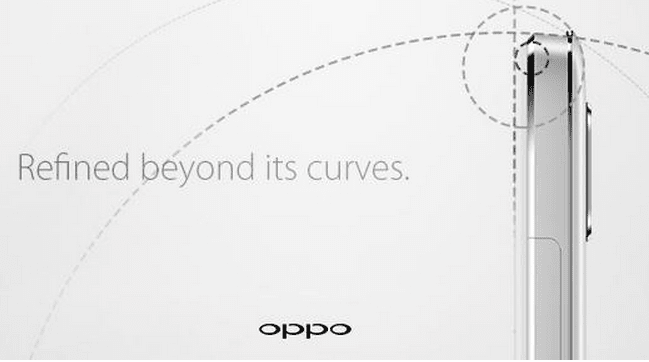 ​
The Oppo R7 smartphone might be officially announced in China on May 20th. There's no word about India or Asia launch yet, but we expect that we will get to know more by the end of this month.

What are your thoughts about OPPO R7 specifications? Any guesses about its pricing? Share your opinions in comments below.