Dipankar Ganguly · Mar 16, 2017
Rank C3 - EXPERT
Chinese smartphone startup OnePlus has burst the rumor bubble by finally unveiling a new variant of its OnePlus 3T flagship smartphone, known as the OnePlus 3T Colette Edition. The exclusive limited edition OnePlus 3T is made in collaboration with a French-based luxury clothing and accessory brand Colette to celebrate its 20th anniversary and only 250 of these will be produced and sold. Contrary to some reports, the smartphone is not blue in color but comes in all matte black, wrapped in a blue colored packaging, though, with the Colette logo engraved on the device's rear. It will cost €479 (approximately Rs 33700) and will start retailing at Collete's iconic concept store in Paris, France starting 11 AM March 21. OnePlus will also offer a free pair of OnePlus Bullets V2 earphones to the early birds. 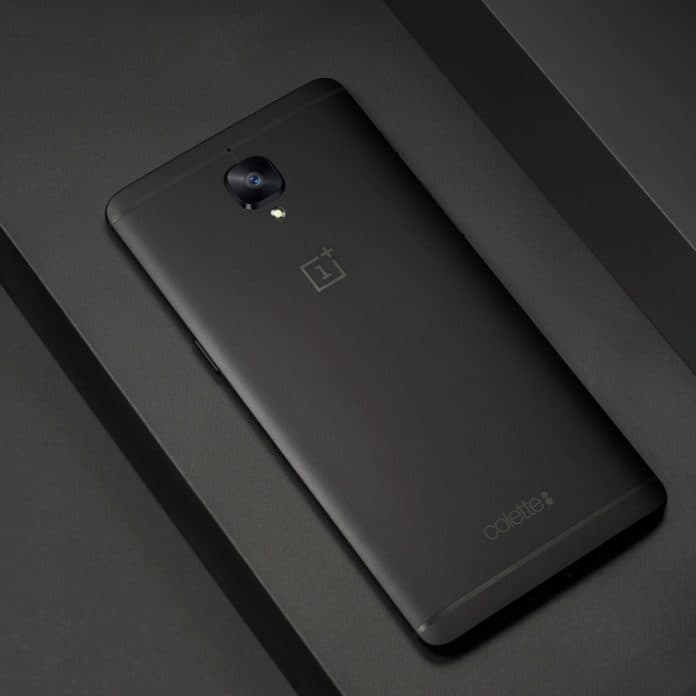 ​
Apart from that, specification wise you get the standard OnePlus 3T underneath. Powered by the Qualcomm Snapdragon 821 SoC clocked at 2.35 GHz coupled with 6 GB of LPDDR4 RAM it can manage even the most demanding apps, games and perform countless tasks without slowing down. There is a plenty of onboard storage with 128 GB, supporting the UFS 2.0 technology that allows up to three times faster movement of data when compared to the more commonly seen eMMC5.1. It features a 5.5-inch full HD (1920×1080 pixels) Optic AMOLED display with Corning’s Gorilla Glass 4 on the top for protection. 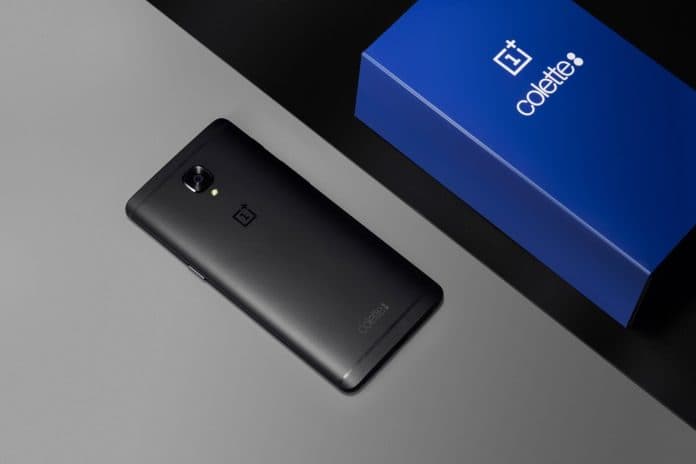 ​
On the photography front, there is the 16-megapixel rear camera, with f/2.0 aperture lens and Sony IMX398 image sensor, Phase Detection Autofocus (PDAF), Optical Image Stabilization (OIS), Smile Capture, Electronic Image Stabilization (EIS), 4K video shooting and DSLR-like RAW image file output feature. On the front, you get a powerful 16-megapixel fixed-focus, f/2.0 aperture camera for selfies. The smartphone runs Google's latest Android 7.0 Nougat based Oxygen OS out of the box and is fueled by the same 3,400mAh battery supporting the company’s proprietary Dash Charge technology which promises 'a day's power in half an hour'.

With the chances of Indian availability of this extremely limited edition smartphone unlikely at the moment, unless you live in Paris, you won’t even stand a chance to get your hands on one of these 250 special units. Soon, OnePlus is expected to launch its 2017 flagship, the OnePlus 5. Let us know your expectations in the comments section below.

Kaustubh Katdare · Mar 19, 2017
Rank A1 - PRO
I really think it's high time that the smartphone makers work on the software than the hardware. I do not want a thinner phone with 6GB of RAM just to be able to reply to WhatsApp and tweet. The phones are getting difficult to hold and something needs to be done about that.

I'd want companies to focus on making better cameras and add more security features than add more gigs to RAM that mostly remains unused. Am I wrong?
0 Likes

Dipankar Ganguly · Mar 19, 2017
Rank C3 - EXPERT
Absolutely. With the processors reaching their limits, companies should start focussing more or the software. That is something I like about Apple. They optimize their iOS to that extent, it outperforms the heavyweight Androids even with specs like only 2GB of RAM. 👍
But there is something more to it. In the competitive android smartphone market, makers use these '6GB of RAM' like specs to lure customers or create a hype around their product. Many fail to understand that 6GB or RAM is absolutely an overkill for a phone. I am using my 2GB RAM equipped 2014's Galaxy S5 wholeheartedly without any issue.😁
0 Likes