@Jason Estibeiro • 29 Nov, 2015 • 1 like
Founded by the ex-CEO of Pepsi-Cola and Apple, Obi Worldphone unveiled a smartphone in the markets of Asia, Africa and Middle East. In India, along with a partnership with the Gadgets 3600 (NDTV Gadgets), the phone will become available soon in the markets. The phone named Obi Worldphone SF1 was designed by a San Francisco studio called Ammunition. The SF1 is named after its city of origin, San Francisco.

The highlight of the phone is that Ammunition has developed a custom User Interface for the device. Obi is claiming that the Android based custom UI, named Obi LifeSpeed, will unify the software and the hardware experience for the end user of the smartphone.

The SF1 is a device with a 5-inch display and made of Corning Gorilla Glass 4. The phone has reinforced fibre glass body and metal accents at top and bottom of phone. Two variants of the phone will be available – one with 2 GB RAM and 16 GB internal memory and the other with 3 GB RAM and 32 GB internal memory. The phone will run atop the Qualcomm Snapdragon 615 processor. The camera of the phone is the its other notable feature. 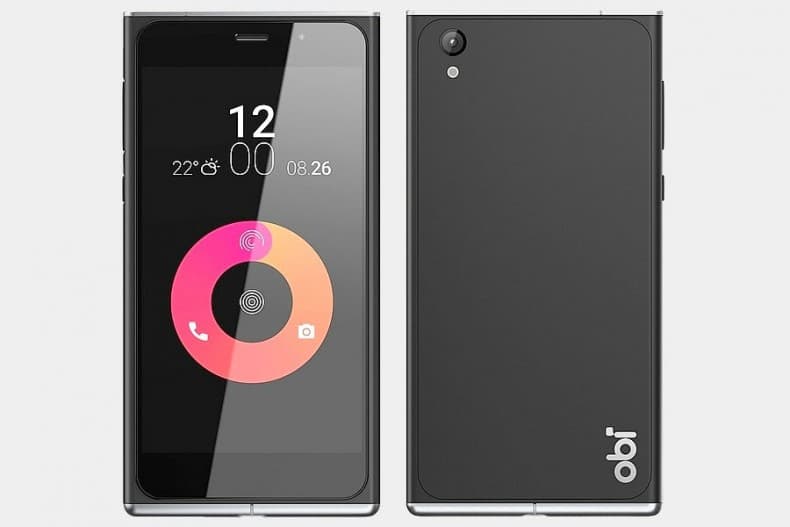 ​
The rear camera of the phone is of 13 MP and has the Sony Exmor sensor which according to Obi, will allow people to capture more ‘professional’ images. Thanks to the Qualcomm processor, the camera of the device has various modes like Qualcomm ChromaFlash and Qualcomm UbiFocus. Because of the ChromaFlash feature, the camera takes two quick snaps-one with flash and one without. Then it processes the two images and produces a single image with the brightness of flash image and the color accuracy of the other. UbiFocus allows to adjust the focus of the image even after the image is clicked.

The SF1 has the Dolby Audio sound system courtesy to which you get a better and a clear sound the speaker of the device or even when you plug your headphones. The Qualcomm Quick Charge feature of the phone decreases the time it takes to charge the device by almost 40 % than it takes for older devices.

London Centre for Nanotechnology (LCN) researchers in their study with peers from Cambridge and Oxford have observed that thin films of spin ice reveal astounding properties that could aid in...
4.8k views
Read More →
Archives

How To Improve Programming Logic?

I am a programmer. I love to write code, but many times i fall short of logical skills. I am not too good in logic , and new creative ideas...
16.5k views
Read More →
Archives