Smriti Jha · Jun 20, 2014
Rank C3 - EXPERT
Nokia has released a pre-beta version of its new app, Z Launcher, that customizes your home screen by continuously learning your usage patterns and bringing to surface the apps that you are most likely to need. Suffice to say, the more you use the app, the more accurate it would become at making those predictions. The apps that make it to your home screen are parameterized by a number of attributes including what time of the day it is and how frequently they have been used. The usage data stays on device and is private. 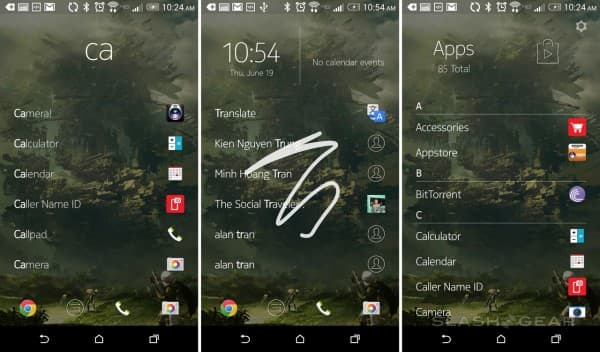 ​
The intent is to save you time and is complemented by a sidekick-feature 'Scribble'. For the apps that aren't on your home screen, you could just scribe the first letter of what you're searching for and there you have it, right on your screen, without having to sweat through innumerous swipes. So, if you're searching for 'feedly' on your phone, you first draw 'f' and then 'e'. Folks at 'The Verge' found that Scribble starts to falter when fed with three or more letters, but it's more likely than not that two letters would be enough to produce the desired list on your screen, especially once the app is fine-tuned to your eccentricities.

The Z Launcher pre-beta is configured to work with Samsung Galaxy Devices and the Nexus 5.

Ankit Litoriya · Jun 20, 2014
Rank C3 - EXPERT
I already have installed this launcher yesterday , but it is not working properly wheneva I go to click his icon phone hangs and return with a message showing Coudnt respond z launcher crasses .. with an option of wait and close thi application ... how to use this launcher ???
0 Likes