@Ankita Katdare • 29 Nov, 2015
Micromax has launched yet another mid-budget smartphone in its Canvas Series with Pace 4G Q416. In this day and age, when speed is all that we are after, Micromax has got the phone's name right with the word 'Pace' signifying it's support for 4G LTE connectivity and with that an upload speed of 50 Mbps and a download speed of 150 Mbps. There's a lot to know about the phone, but first a word about its pricing and availability. Priced at Rs. 6821, the Micromax Canvas Pace 4G Q416 smartphone has been listed on e-commerce portal eBay and might soon go up on other sites as well. 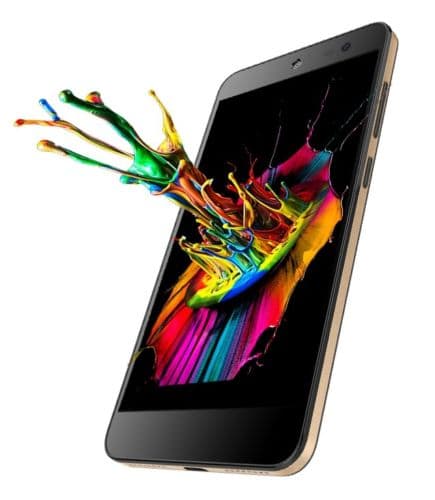 A 2500 mAh Li-ion battery powers the new Canvas Pace and it offers a talk time of about 9 hours and a standby time of more than 15 days.

On the smartphone's rear end, there's a 5 megapixel camera with AF, whereas the front is adorned with a 2 megapixel selfie snapper. Both cameras features support for HD video recording.
This Dual SIM phone features the usual connectivity options including - Bluetooth 4.0, WiFi and GPS. The networks supports include 3G HSPA+ and aforementioned 4G LTE.

At 8.8 mm thickness, the phone looks pretty sleek and houses FM Radio inbuilt support and a 3.5 mm audio jack alongside the microUSB port for charging.

Being made available in single color Black, the Micromax Canvas Pace smartphone is going to face stiff competition from the phones in similar price range from Mi Redmi series, XOLO mobiles and other equally popular Android device manufacturers.

What are your thoughts about the newest Micromax phone on the block? Share with us in comments below.

Cannot save in CATIA

Hey guys. How are u all? See, there is some problem with my catia software.Its version is V5R17. While saving the file after doing the assembly design an error is...
1.8k views
Read More →
Archives

Few days back, I switched to latest Elementary OS Luna, elegant-beautiful-most stable distro I've ever used after Linux mint. I am seriously in love with this distro, even though it...
4.2k views
Read More →
Archives