@Ankita Katdare • 16 Aug, 2014
Micromax India has launched a new smartphone titled 'Micromax Canvas Knight Cameo A290' priced at Rs. 11,999, which features a 4.7 inch HD, IPS screen and a 1.4 GHz TRU-Octacore processor. Among other competitors in the Octa-Core smartphone market in India, there are - Panasonic P81, Gionee Elife E7 Mini priced at Rs. 18,999, Karbonn Titanium Octane Plus at Rs. 17,990, Micromax Canvas Knight and Intex Aqua Octa both at Rs. 20,000. You will notice that compared to its competition, the Canvas Knight Cameo A290 is priced significantly lower. Let us take a look at the smartphone's specs in detail and find out the reason behind the cheap price.

Running on Android 4.4.2 KitKat operating system, the Micromax Canvas Knight Cameo A290 phone features a 1200 mAh battery that offers a pretty-low 7 hours talk time and its screen's resolution is 1280 x 720 pixel. On the rear end, the phone comes with a 8MP AF camera with flash and autofocus support, whereas the one on the front is a 5MP one. The camera is capable of video recording & playback at 1080 pixel. Among the connectivity needs, the Dual-SIM phone caters to Bluetooth 4.0 , Wi-Fi , USB, a 3.5 mm audio jack and GPS. 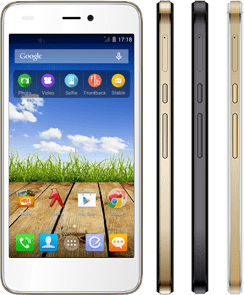 That's all about the phone's tech specs and features. Available in black, white and gold color options, the Canvas Knight Cameo A290 can be bought on this page on eBay or on SnapDeal here. What are your thoughts on the new Android device in town? Share with us in comments below.

Source: Micromax Canvas Knight Cameo A290
@Rajni Jain • 16 Aug, 2014 I was happy when I started reading the phone specs that something is available in near 12K with amazing Octa Core processor.

As I read it further, my disappointment increased to see battery capacity -1200 mAh . That is not justifiable. The phone would have been a average buy if they would have increased the battery by double with a couple more thousand added to price tag.

After reviewing the 110cc scooters available in the market, we finally settled on TVS Scooty Zest and got the delivery yesterday. Since I could not find any review that covers...
3.6k views
Read More →
Archives

Nikon gave shutterbugs a good time at the CES this year by announcing 3 top of the line cameras including Nikon D5,which is the sequel to its already popular D4....
3.7k views
Read More →
Archives

Greek Philosophers Puzzle: Why did he stop laughing?