@Ankita Katdare • 07 Aug, 2015
The mid-sized sedan, Baleno was discontinued in the year 2006-07. Soon after, it was replaced by the Maruti Suzuki SX4. It seems that the company hasn't been able to get over it and will be launching a completely revamped model this year. The news came to light when, Suzuki declared that it is unveiling its premium hatchback Baleno on 15th September at the Frankfurt Motor Show. Nicknamed YRA in India, the Maruti Suzuki Baleno is now all set to get a mega launch during the festive season of Diwali 2015. The company has confirmed that the new Baleno has nothing in common with the old model.

It is unlike the company to bring back the name of a product that hasn't worked well in the past. Hasn't it been proven time and again that popular brands have a pull factor? However, the company believes that product is always the king in the automotive industry. Though it might seem like a very bold step from the company, Maruti Suzuki India is going ahead with the new Baleno launch as it is confident of its renewed looks as well as features. 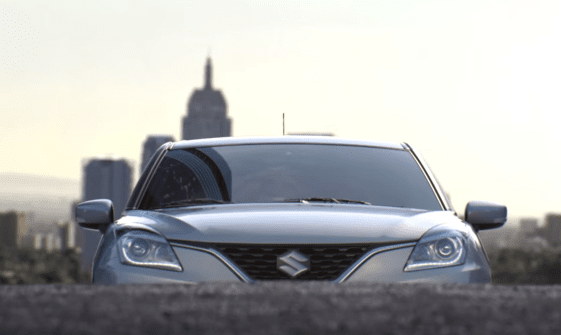 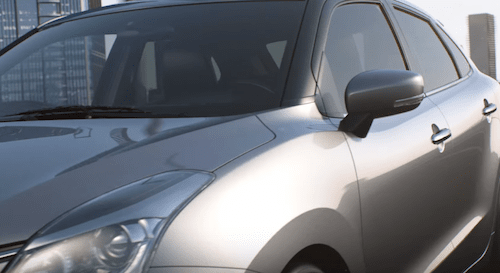 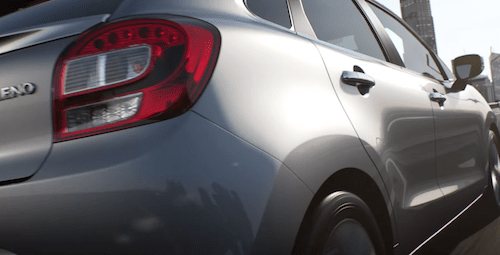 ​
Though we don't know any of the details about the features that the new Baleno will sport, the company has revealed that the hatchback will blend the stylish design, spacious interiors and new technologies all into one. In a teaser video that was released by the company (screenshots above), it became evident that the Baleno will sport projector headlamps, body-coloured side mirrors, floating roofline, prominent wheel arches and rear LED taillamp cluster. Though nothing is confirmed as of now, is being said that the Baleno Euro-spec model may get the new 1.0-liter, 3-cylinder, turbocharged ‘Boosterjet’ engine.

In its segment, the Baleno is set to compete against the likes of Honda Jazz, Hyundai Elite i20 and Volkwagen Polo. More details about the hatchback will be released next month. The company's vision for 2020 is to achieve the target of 2 million sales annually.

Maruti Suzuki India will be selling the new Baleno through its Nexa network. What are your thoughts about the revamped Baleno? Share with us in comments below.

Source: Suzuki IAA 2015
@Kamlesh Vora • 11 Aug, 2015 • 1 like Earlier sedan Baleno had great performance and drivability.
This new Baleno hatchback will be in MS's luxurious basket, so definitely MS has worked a lot on Styling, spacious and performance. Moreover Ms is geared up to change its image from India's budget car maker to premium car makers through NEXA network which is aimed to improve customers buying experience and brand quality.
5.9k views

I m a computer science student .Want some innovative ideas to organise technical events in my collz related to computers field only. Please do help and reply soon
8.6k views
Read More →
Archives

Slow Internet Connection? You Are Not Alone & Fix Will Take ~25 Days

Are you experiencing slow Internet connection since last few days? Have you been cursing your Internet service provider for pathetic quality of service? Well, this time, it's not their fault...
10.5k views
Read More →
Archives

tech support job good or bad after engnienering and even though salary bis good do they provide growth cn we change jobs to diff domain after this job
5.2k views
Read More →
Archives

Adding to Facebook, Twitter, now WhatsApp is picking up in "Social Media" although it is not a social media. Now, how many of you know that you can directly send...
4.5k views
Read More →
Archives