@Ankita Katdare • 27 Jan, 2014 • 2 likes
Maruti Suzuki has already laid out its plans to launch 'Maruti Suzuki Celerio' in the 2014 Delhi Auto Expo in India. Celerio is the upcoming hatchback that aims to replace Maruti's A-Star and Zen Estilo and has already started taking pre-orders for the same and lets you take a test drive before the official unveiling at the Expo. In a country that is obsessed with the budget, a lot of people go for manual transmission because it comes in cheaper cars. Celerio is however here to change that by being the first to introduce an automatic transmission on an entry-level vehicle. Celerio auto gear shift variants will have the flexibility of both manual mode and auto drive mode in the same car with a mere shift of the gear lever. Till date, only premium sedan models have this facility. Once on the Indian roads, the car is set to compete with the likes of Hyundai Grand i10, Honda Brio and Renault Pulse models.

Maruti Celerio offers an astounding 23.1kmpl of fuel economy and as we take a look at the car's features and tech specs, we find a 1.0-litre, 3-cylinder K-Series petrol engine that churns out a maximum power output of 67bhp and 90Nm of top torque. The engine comes mated to five speed automatic manual transmission, and an option of four speed automatic transmission. MSIL chief operating officer (marketing and sales) Mayank Pareek said, " The company has worked on addressing three key issues associated with automatic transmission cars- high cost of acquisition, low- fuel economy and maintenance hassles." As you take a good look at the car, you will find out that the car is based on the A-Wind concept which was displayed at the Thailand motor show. Overall it is an eye catching design with the slightly taller looks. On the interiors, you will find what the company called the "XPan Design", which offers a cabin to seat five adults comfortably. Its large wheelbase of 2425mm offers spacious cabin and a 235-litres of boot space brings in the potential to accommodate more than daily luggage bags. 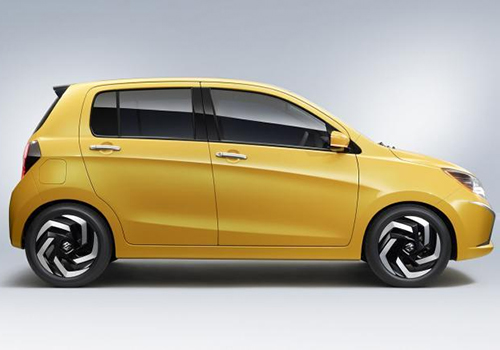 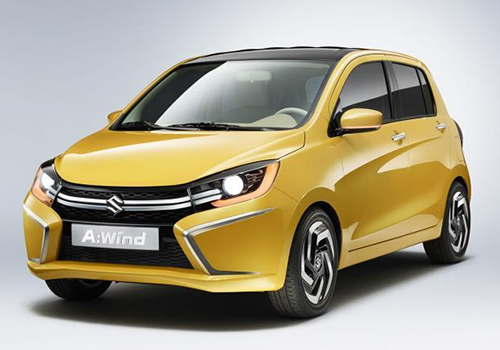 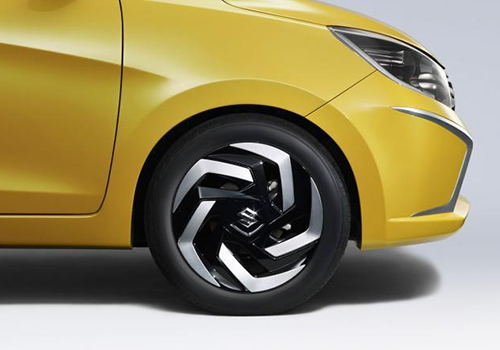 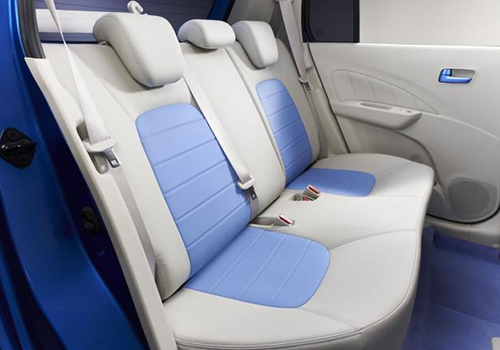 ​
The six spoke sliver colored alloy wheels in the top end variant look sportier with the flowing type design dressed on 14 inch radials. Speaking of the brakes and handling, readers should know that the hatchback is coupled with EZ Drive technology that is great for driving swiftly in heavy traffic roads. Along with an efficient braking system that comprises of front and rear drum brakes, Maruti Suzuki Celerio offers Anti-lock braking system (ABS), which is an additional feature to assist better braking action. As far as suspension system is concerned, the front features a McPherson Strut with coil spring, while the rear gets an isolated trailing link again with coil springs. There's of course the electronic power steering in place that offers shorter turning radius and the high strength steel side impact beams that do the needful in case of impact.

The pricing and availability details of the new hatchback will be revealed at the time of launch in the Auto Expo in Delhi. Till then let us know - How do you like the features of Maruti Suzuki Celerio? Share your thoughts with us in comments below.
@prahu mac • 28 Jan, 2014 it looks like an updated version of the new alto!!!!
@Shrikant Bedekar • 28 Jan, 2014 • 1 like Maruti has really raised the game to a whole new level and raised the bar for its competitors too. This power packed hatch back is sure to dazzle the young minds and new car buyers. Celerio will be a whole new ball game altogether with automatic transmission to be the first in small car segment. From the front the car looks stylish with aggressive headlights, the alloy wheels are funky and you probably can make out that Maruti will be targeting young buyers. From the side its the same and for me when i looked at the car , I thought of Hyundai Santro. The interiors though are nothing like your previous cars and many would have liked it likewise. All and all this car is sure to turn heads when it is launched this year. The only question that remains to be answered is about the pricing, hope it does not spoil the excitement !
6.2k views

What Are Stateful & Stateless Protocols?

please help me know about them, i know that they dnt save the state and other stores states...give me real time examples... and how those are applicable in internet
3.7k views
Read More →
Archives

If you submit your sitemap in Google Webmasters and it gives the error - "Your Sitemap appears to be an HTML page. Please use a supported sitemap format instead." What...
3.9k views
Read More →
Archives

FPGA Based Projects And Ideas for Engineering Students

please Suggest me some FPGA projects on the basis of applications
4.1k views
Read More →
Archives

HTML: How to move images?