@Ankita Katdare • 05 May, 2014 • 1 like
M1 Limited, the popular telecommunications and mobile operator company in Singapore, has launched a new enterprise broadband service that offers 10 Gbps Internet speed. The country's national fibre network is about to experience the fastest internet service. With a goal to attract customers from big enterprises that always demand high bandwidth, the company plans to offer a reliable 10Gbps broadband connection. This would mean the companies can take real-time backups of important business data and don't have to worry about different disaster recovery processes. Mr. Willis Sim, Director, Product Development and Enterprises Services at M1, believes that their service will deliver good quality technical support and service level agreements. 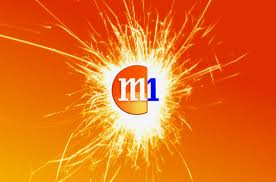 ​
Besides what is being called the country's fastest fibre service, the SMEs in Singapore can take advantage of the competitively-priced 1Gbps service. M1 has rolled out both its services immediately across the nation and has also brought an extensive suite of mobile and fixed enterprise services, managed services and data centre services.

The price of the 1Gbps plan is S$996 a month, and includes up to 10 access points and public wifi for guests. Another internet service provider called - "MyRepublic" is also offering its own 1Gbps plan which is available at much cheapest cost at S$49.99 a month. Do let us know which service provider you will prefer and why.

Ankita Katdare
The company hasn't yet disclosed the prices for the 10Gbps service, but I think its 1 Gbps plan at almost U.S. $750 is quite a pricey option. 😲

I still don't know if somebody (MyRepublic) is offering same speed at $49 / month, why the hell user will go for ultra expensive $996 a month?

May be I am missing something, 😔
@Eric Bonneau • 05 May, 2014 $49/month at myrepublic is for a consumer plan. Business plans are certainly more costly (at in Singapore)
@jayaprakash.m • 05 May, 2014 • 1 like I want to relocate to australia! I guess that's world's first Broadband to offer
@Kaustubh Katdare • 05 May, 2014 Tagging @durga . How's the state of broadband in Australia?
@Ambarish Ganesh • 06 May, 2014 Singapore-based M1 has a great deal on internet for businesses, at least on paper, where the company became the first provider to offer internet speed up to 10GBps. This service is basically aimed at corporations like financial institutions, data centers, other carriers and cloud service providers, and other businesses where substantial bandwidth is required. Commenting on the 10Gbps broadband service launch, Mr Willis Sim, Director - product development and enterprises services, M1, stated that in today's highly networked world, it's very crucial to have a reliable broadband service which lets enterprises backup real-time data and maintains business continuity and disaster recovery. With this 10Gbps service, the company's trying to achieve these very demands of dedicated bandwidth, technical support and service level agreements, he added. 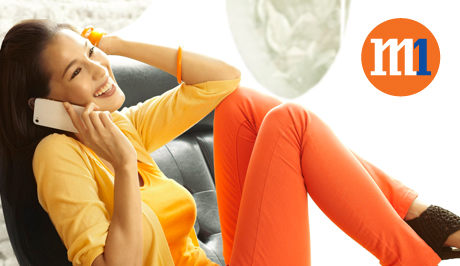 ​
In addition to what is Singapore's fastest broadband service, M1 is even introducing a competitively priced 1Gbps service for SMEs, which shall offer a substantial increase in access speed to users. And this too at almost the same price as their traditional connectivity service. Both these services could be availed immediately throughout the nation.

5 differences between a macro and pre-processor?

could you please tell me 5 difference between a macro and pre-processor??😀
5.9k views
Read More →
Archives

I need notes for computer graphics(b.tech 5th semester I.T). would anybody provide me ??? then please.
4k views
Read More →
Archives

I'm curious to know how the "Network Key Rotation Interval" feature works in ASUS (and other) routers. I read on a few forums that setting the key to default 3600...
40.7k views
Read More →
Archives

Laptop for engineering students : Windows 7 on i5?

Hello, I am an engineering student and thinking of buying laptop for project work. I am thinking of i3 or i5. But i5 leads to very high costs. And heard...
3.6k views
Read More →
Channels
👨‍💻 Remote Jobs 🗞️ News 🚀 Founders Circuit 🗄️ Archives ✨ Newsletter 🕹️ Changelog
About · Privacy · Terms of Service · Contact Us · © 2005 - 2022 CrazyEngineers. All rights reserved.