Ankita Katdare · Jan 3, 2014
Rank A1 - PRO
What engineers from Simon Fraser University's School of Engineering Science department in Canada have put together is the next generation of gecko-inspired robots that will climb and crawl the walls of spacecrafts in the future for cleaning and regular maintenance. Now, those who aren't aware - Geckos are nothing but lizards found in warm climates throughout the world. Scientists from the European Space Agency (ESA) have confirmed that a wall-crawling tiny legged prototype is the future of automatons that will lead into the biologically-inspired robotics. The new kind of robots developed by engineers from Simon Fraser have footpads covered with dry microfibres modelled on the toe hair of the gecko, which is celebrated for its ability to scuttle up windows and along walls without leaving a trace.

Now, nature has made the lizards such way that they are able to use the millions of ultra-fine hairs called setae, which interact with the climbing surface to create a molecular attraction known as the van der Waals force. With the gecko-inspired robots, what the researchers from ESA & engineers from the University have achieved is using ‘dry adhesive’ materials to space vacuum and temperatures, finding the stickiness is retained throughout. “This approach is an example of ‘biomimicry’, taking engineering solutions from the natural world,” explained Michael Henrey of Simon Fraser University. Agecko’s feet are sticky due to a bunch of little hairs with ends just 100–200 nanometres across – around the scale of individual bacteria. This is sufficiently tiny that atomic interactions between the ends of the hairs and the surface come into play. “We’ve borrowed techniques from the microelectronics industry to make our own footpad terminators,” he said. 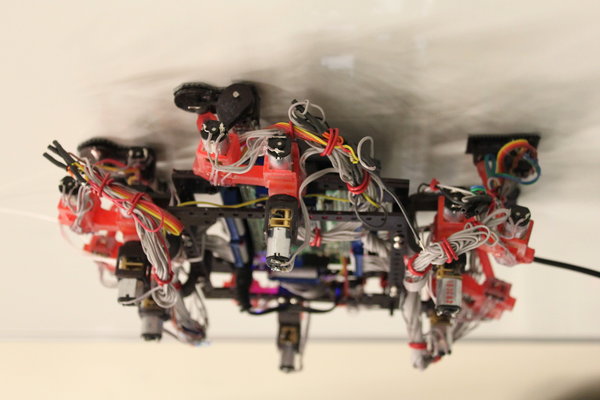 The gecko-inspired robot weighs 240-grams and looks like a tank. Using a depth-sensing indentation instrument inside a vacuum chamber, they assessed the dry adhesive’s sticking performance. Though all we have right now is an experimental success, but that only means deploying this robot in space is a possibility for the near future. Abigaille’s six legs each have four degrees of freedom, which enables the “gecko-bot” to shift from horizontal to vertical environments. "We’ve borrowed techniques from the micro-electronics industry to make our footpad terminators," said Henrey. "Technical limitations mean these are around 100 times larger than a gecko’s hairs, but they are sufficient to support our robot’s weight."​
​ 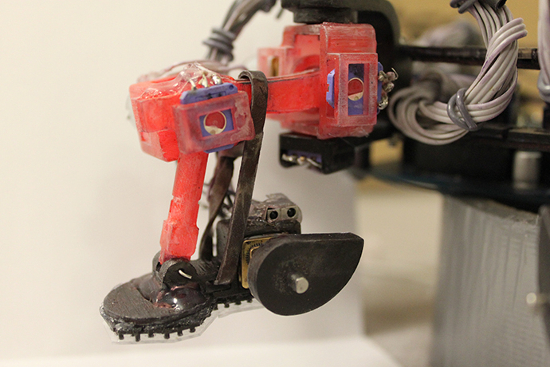 ​
In fact, using the adhesive, the team has created two different robot designs – a rolling, tank-like system and a six-legged walker named Abigaille. Both come with their own set of advantages. Here is a video for you to take a look at the Abigaille III -
​
​
As you can already gauge, with the current systems, repairing and maintenance on spacecrafts means the astronaut has to go on hours-long cumbersome spacewalks all the while operating tools and gear with the large gloves of their spacesuits. With a robot like Abigaille, astronauts could safely repair deep-space vehicles without ever having to suit up except when it is absolutely necessary. What do you think about the biologically-inspired bots, especially the gecko-inspired ones? Share with us in comments below. Posted in: #Robotics
4 Likes
@ A2A Reply