@Ankita Katdare • 23 Nov, 2013 • 1 like
Karbonn Mobiles has launched its flagship smartphone - the Karbonn Titanium S7 in India today and Flipkart has begun taking pre-orders for the same. Direct in competition with the likes of Micromax, Intex, Gionee etc. Karbonn has got a good competitor in Titanium S7. The smartphone features a 5-inch screen with 1080 x 1920 resolution full-HD display with OGS Technology and is up on Flipkart, the leading social e-commerce site for pre-order at Rs. 14,999. Powered by a 1.5 GHz quad-core processor, the Karbonn smartphone runs on Android 4.2 Jelly Bean operating system. The phone supports Dual SIM cards with two GSM card slots.

As we take a look down the Karbonn Titanium S7 specs list, on the camera front, there's a 13-megapixel rear one with LED flash and a 2-megapixel front one. For the user's storage needs, the smartphone offers 16 GB inbuilt storage, expandable up to 32GB with microSD card. For wireless connectivity, the Titanium S7 features Bluetooth, Wi-Fi, and GPS/AGPS. The battery that powers this phone only provides user with four hours of 2G talk time. 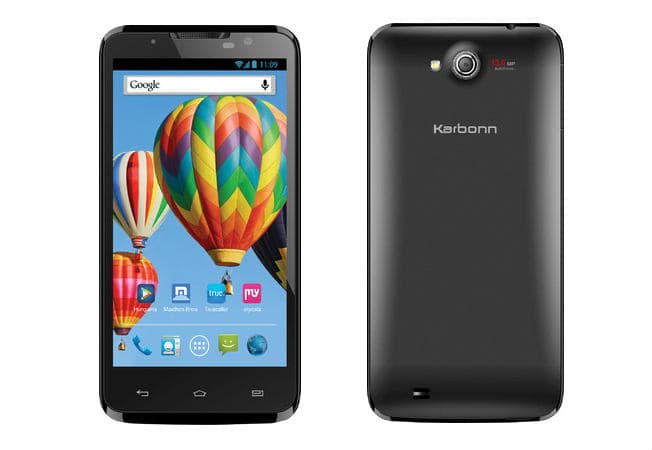 ​
Karbonn had recently launched a new smartphone called the Titanium X. The 5-inch smartphone has a FHD Display with 1920x1080 pixel resolution and sports a tagline that reads - "A chance to enhance" on its promotional banner. The phone features Android 4.2 operating system and bears a 13 megapixel camera with auto-focus and dual-LED flash and is powered by the 1.5GHz Quad Core processor and a 2300 mAh battery.

The S7 phone is just up for pre-order yet and no official word about the release or delivery date has yet been revealed. The website mentions a November's fifth week release date for it. We will keep you updated on more details as soon as we find out. Till then, let us know - how do you like the Karbonn Titanium S7 features?
@Ankita Katdare • 24 Nov, 2013 I think that the Karbonn Titanium S7 phone will face competition from Micromax canvas turbo, Gionee Elife E6 etc. What are your takes, folks?
3.6k views

The government of India has taken steps to setup 70 supercomputers to accelerate research work in various domains including weather and defence. These supercomputers will have varying speed of operations...
4k views
Read More →
Archives

Sony's latest flagship device, the Xperia Z1, has got some outstanding specs to boast about, and one specific feature of the Android beauty that really had our attention arrested is...
4.7k views
Read More →
Archives

I have posted this query many times but didn't get any expert advice i expected. I am a mechanical engineer and will be leaving my job from next month. Job...
5.7k views
Read More →
Channels
👨‍💻 Remote Jobs 🗞️ News 🚀 Founders Circuit 🗄️ Archives ✨ Newsletter 🕹️ Changelog
About · Privacy · Terms of Service · Contact Us · © 2005 - 2022 CrazyEngineers. All rights reserved.