K Touch A20 Smartphone Available On Snapdeal At Rs. 2999

Sharvari Panchbhai · Jan 7, 2015
Rank C2 - EXPERT
K Touch, a Brand owned by Jaina Group, has launched its latest low budget smartphone, K Touch A20, in the Indian Market. Priced at Rs. 2999, this new dual sim handset is available exclusively on e-commerce site, Snapdeal and is likely to compete against the smartphones such as Intex Aqua V2 and Micromax Bolt AD3520 that are already available in the market from the well-established players. 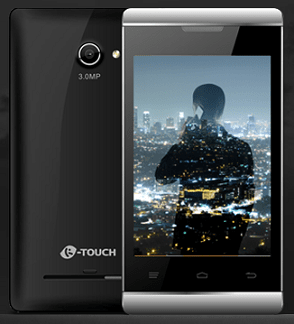 ​
Heading to the technical specifications, the K touch android smartphone runs on Android 4.4 Kitkat operating system and is powered by 1 GHz Processor. The 8.9 cm touch screen has HVGA capacitive display. Talking about the storage, A20 has 256 MB RAM and its external memory can be expanded up to 32 GB via microSD. The information about its internal memory is not mentioned on the official site. Coming to camera, the other smartphones such as Aqua V2 and Bolt AD3520 sports 2 MP primary camera whereas A20 has 3 MP rear camera with flash support. Its secondary camera has VGA feature. The dimensions of the product are 113.8 x 62 x 12 mm. It weighs a modest 95 gm. 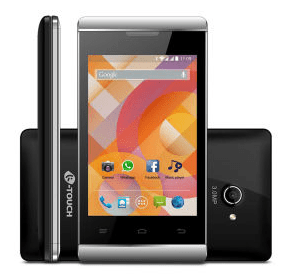 ​
Just like Aqua V2, K Touch A20 is powered by 1300 mAh battery. The battery offers talk time of up to 8 hours and standby time of about 24 hours. The connectivity options include Bluetooth, Wi-Fi b/g/n, GPS and USB. Along with 2G it also has 3G support. The G sensor is also provided by K Touch.

K Touch A20 is a smartphone with descent features at relatively low price. Will this particular phone be able to fare in the market? Let us know your thoughts in the comments section below.